We have an old fashioned Good News/Bad News situation on our hands right now. The bad news is that San Diego Comic-Con, the biggest annual live event for all things blockbuster pop culture that doubles as a marketing launching pad for film and TV studios, is out of commission due to the coronavirus pandemic. The good news, however, is that Comic-Con has taken on a new form this year: 100% online and 100% free.

Comic-Con@Home will begin Wednesday, July 22, and run through Sunday, July 26, and fans can tune into all of the great panels online via YouTube. But, with more than 350 panels spread out over five days, you might not know where to begin. So, in an effort to help you navigate this exciting but crowded event, here are five must-see panels to start.

ViacomCBS may be touting a 2021 rebirth for streamer CBS All Access as a “super service,” but for now Star Trek remains its foundational property. The streamer already houses multiple series set in the Star Trek universe with a handful more also in development. The panel is expected to touch on the majority of titles floating around the ether at the moment.

Specifically, Star Trek: Discovery stars Sonequa Martin-Green, Michelle Yeoh, Doug Jones, Anthony Rapp, Mary Wiseman, Wilson Cruz and Tig Notaro will be on hand for a table read of the Season 2 finale, “Such Sweet Sorrow Part 2,” and a Q&A. Mike McMahan, creator and showrunner of the upcoming animated Star Trek comedy series Lower Decks, will provide a new look at the show and answer questions with several voice cast members. And of course, Paramount is bringing in the big guns with Sir Patrick Stewart, who will be discussing Star Trek: Picard. Current and former cast members are expected to drop by, including Brent Spiner, Jonathan Frakes, Jeri Ryan and Marina Sirtis.

Planning on tuning it? Make it so.

Add Netflix’s popular new film The Old Guard to the growing list of action vehicles that Charlize Theron has knocked out of the park. Quietly, the Oscar-winner has become one of Hollywood’s leading badasses (Aeon Flux, Hancock, Mad Max: Fury Road, Atomic Blonde, The Fate of the Furious, etc). This panel will serve as a career retrospective that tracks her development from young actress to hardened Hollywood heroine and the evolution of the female action hero.

It’s not like we need an excuse to discuss how much ass Theron kicks these days, but we’ll happily take one.

AMC’s The Walking Dead: World Beyond

The Walking Dead: World Beyond, the third series set in The Walking Dead universe, was originally meant to premiere April 12 after the season finale of The Walking Dead. However, thanks to the production disruption forced by the coronavirus pandemic, its debut was delayed until sometime later this year. That means that Comic-Con@Home will be our most insightful look into this mysterious new spinoff yet.

The series’ panel will feature The Walking Dead Universe chief content officer Scott M. Gimple, showrunner and executive producer Matt Negrete and cast members Aliyah Royale, Alexa Mansour, Hal Cumpston, Nicholas Cantu, Nico Tortorella, Julia Ormond and Joe Holt. The Walking Dead: World Beyond delves into a new mythology and story that follows the first generation raised in a surviving civilization of the post-apocalyptic world. Two sisters along with two friends leave a place of safety and comfort to brave dangers, known and unknown, living and undead on an important quest. Pursued by those who wish to protect them and those who wish to harm them, a tale of growing up and transformation unfurls across dangerous terrain, challenging everything they know about the world, themselves and each other. Some will become heroes. Some will become villains. But all of them will find the truths they seek.

Keanu Reeves has been enjoying a career and cultural renaissance over the last six years, so now is a great time to celebrate some of his under-appreciated previous work. Constantine, based on a more otherworldly DC Comic, may have been a bit ahead of its time in 2005, but has since grown into something of a cult classic. Now, Reeves, director Francis Lawrence and producer Akiva Goldsman will reunite for a deep-dive into the film.

And, hey, this panel would also double as the perfect opportunity for WarnerMedia to announce a new Constantine project, perhaps even for HBO Max? A boy can dream…

The repeated delays of blockbuster movies like Christopher Nolan’s Tenet may attract all of the attention, but the production hiatus forced by COVID-19 has severely hampered the small screen outside of Netflix. Both linear TV and nearly every major streamer has not been able to consistently deliver fresh new content. HBO’s Lovecraft Country, executive produced by Jordan Peele and J.J. Abrams, was already going to be a big deal. But now, it’s arguably the biggest TV debut of the summer season. 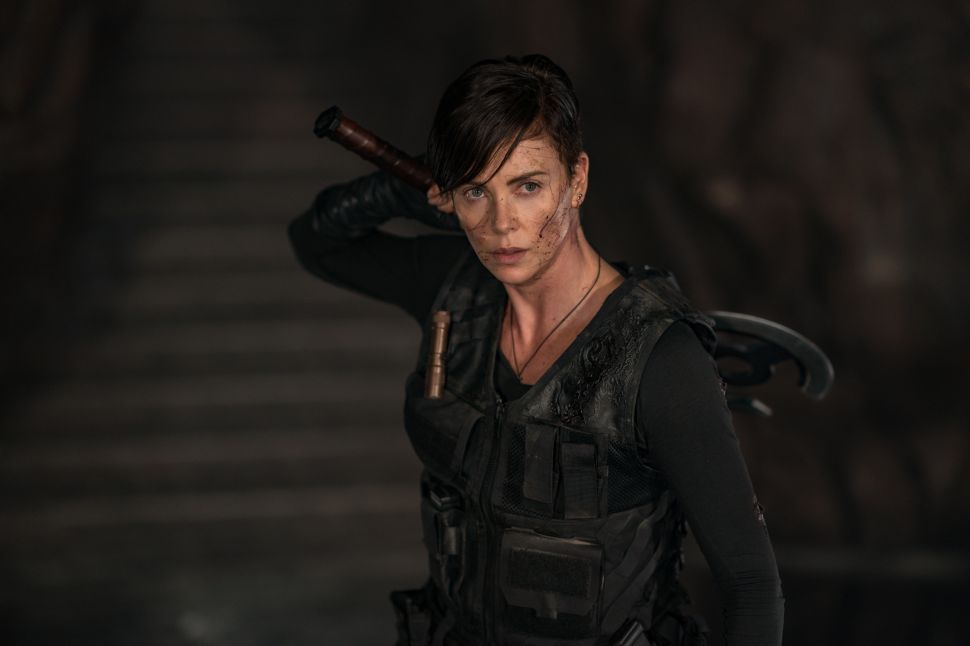