As the second wave of the coronavirus pandemic ravages across the U.S. (daily new COVID-19 cases reached an all-time high of 64,771 on Wednesday), so comes another round of massive layoffs. The latest jobs report released by the Labor Department Thursday morning shows that last week 2.4 million Americans filed initial claims for state and federal unemployment benefits, far above weekly jobless records from previous economic downturns.

It could get worse in the coming months, as word about layoffs and furloughs emerge from some of America’s largest employers.

On Thursday, Bloomberg Law reported that Wells Fargo, the largest employer in the U.S. banking industry, is mulling a plan to cut thousands of jobs from its 263,000 people workforce starting later this year. A management order to dramatically reduce costs is coming to a top executive inside the bank, according to people with knowledge of the confidential discussion.

SEE ALSO: Kanye, Reese Witherspoon Among the Celebs Who Got PPP Loans Meant For Small Business

After its stock plummeting more than 50 percent year to date and dividend cuts announced by CEO Charlie Scharf last month, layoffs are one of the few options the bank has left to survive the pandemic.

“The firm is significantly less efficient than its largest competitors, a situation that’s been exacerbated by years of regulatory probes and sanctions, and now the pandemic,” Bloomberg Law analyzed. Some Wall Street analysts expect Well Fargo to post its first quarterly loss in more than a decade next week.

What’s worse, if the layoff is materialized, it will likely have a seismic effect on the entire banking industry and could prematurely end other large banks’ pledges to provide job security for employees through at least the end of 2020.

On Wednesday, the already embattled United Airlines issued another chilling warning to employees, saying that up to 36,000 of them, or half of the carrier’s U.S. workforce, could be furloughed and put on unpaid leave in the coming weeks as the pandemic worsens. The furloughs would affect 15,000 flight attendants, 11,000 customer service and gate agents, 5,500 maintenance workers and 2,250 pilots.

United said some of the furloughed workers may continue receiving benefits, depending on labour union agreements. But there’s no guarantee how much unemployment benefits they would get from state governments.

“Throughout this crisis, we have been honest and direct with you about our need to right-size our workforce to match travel demand,” United said in a letter to employees on Wednesday.

“Our primary goal throughout this crisis has been to ensure United—and the jobs it supports—are here when customers are flying again,” the company added. But people are not flying again. For July, traditionally a peak season of air traffic, United expects travel demand to be 75 percent lower than the same month last year.

To help the hard-hit airline industry keep employees on payroll, the federal government has offered $50 billion to support airlines that have agreed to not lay off staff or cut pay until September 30. United, which received $5 billion through the program, has promised not to cut jobs before October.

Sara Nelson, president of the Association of Flight Attendants-CWA, which represents 50,000 airline workers in the U.S., called United’s furlough forecast a “gut punch.” “But they are also the most honest assessment we’ve seen on the state of the industry,” she tweeted.

THREAD: The United Airlines projected furlough numbers are a gut punch, but they are also the most honest assessment we've seen on the state of the industry – and our entire economy. 1/8 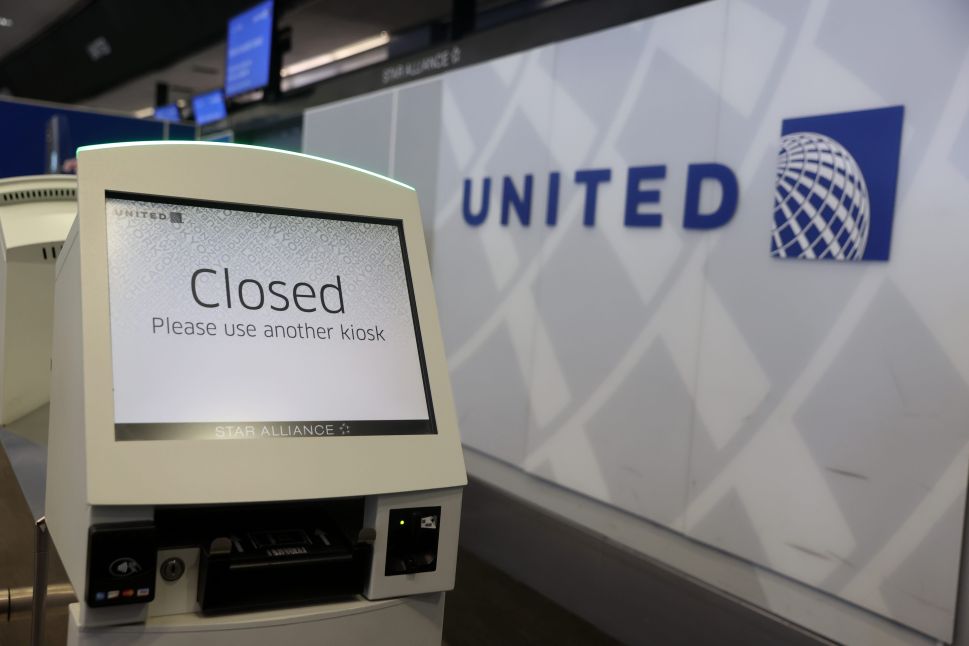