A reverse merger, or going public through a special purpose acquisition company, or SPAC, is increasingly becoming startups’ favorite way to fast-track an IPO. Using the SPAC allows companies to avoid having to deal with the lengthy registration process and share sale, which in turn quickly boosts the stock of blank-check companies.

The deal would value Fisker, a four-year-old startup still in early development stage, at $2.9 billion. Funds raised from the IPO will provide Fisker with $1 billion in proceeds to fund the engineering of an electric SUV called Fisker Ocean, expected to roll out in 2022. A prototype of the vehicle is set to start durability testing by the end of this year, Fisker said on Monday.

The Ocean SUV will have a driving range between 250 and 300 miles, comparable to Tesla’s popular Model Y crossover, and start at $37,499. Fisker also offers a monthly subscription plan at $379, which includes 30,000 miles a year plus service and maintenance. The vehicle is now open for reservation at $250.

Fisker is founded by veteran car designer Henrik Fisker, who used to work for Aston Martin. The eponymous company is Fisker’s second attempt at launching an electric vehicle company. His first EV venture, Fisker Automotive, filed for bankruptcy in 2013 after burning through $1.4 billion in private investments. That company was acquired by Chinese auto-parts maker Wanxiang Group and renamed Karma Automotive in 2014.

A SPAC is effectively a capital-raising vehicle that goes through an IPO for the sole purpose of buy a company, which is why it’s also known as a blank-check company.  After raising funds from the public market, a SPAC typically completes the acquisition or merger within two years. So, when an acquisition target is identified, investors often rush to buy shares of the SPAC in anticipation of cashing out when the deal is done.

In the past year, several hot tech startups, including space tourism company Virgin Galactic and hydrogen EV company Nikola, have gone public through SPACs. Virgin Galactic shares, traded under the ticker symbol “SPCE,” have gone up 100 percent since listing on the NYSE last October. And Nikola shares (traded under “NKLA” on NASDAQ) are up over 60 percent since June. 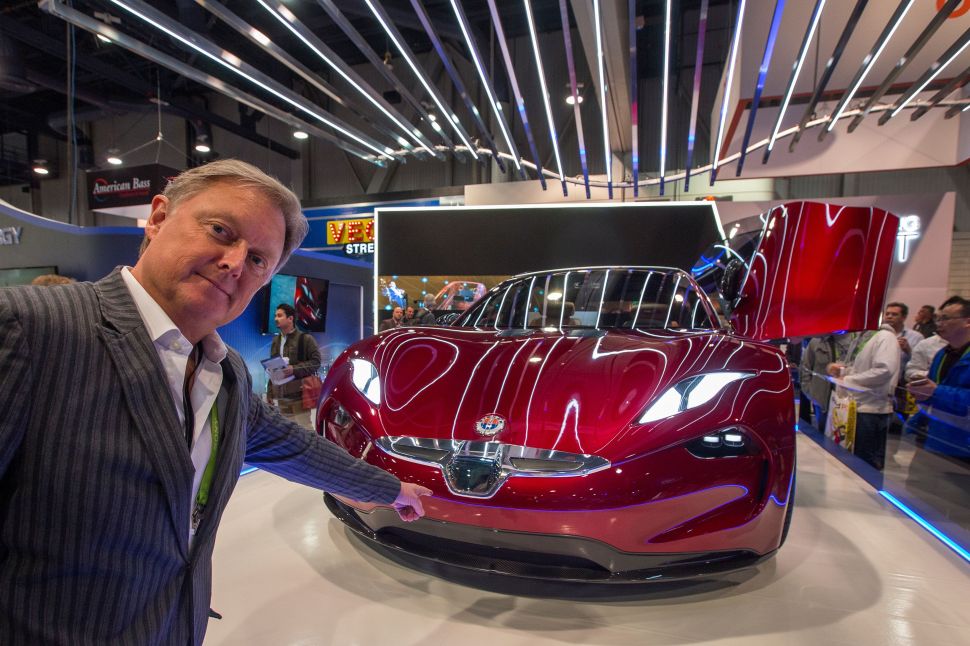