Over the weekend, the billionaire CEO of Tesla Elon Musk and his partner, the pop star Grimes, had a public falling out on Twitter. It began with Grimes responding to a Musk tweet that has been widely interpreted as transphobic and ended with the musician deleting the replies. Unfortunately, many in the media and on social media saw the conflict as “hilarious.”

“I guess it’s kind of funny that rich idiots like Elon Musk and JK Rowling had successfully used years of expensive PR to build up legends around themselves and then managed to ruin that entire perception by refusing to log off,” quipped Joseph Fink, of the Welcome to Night Vale podcast.

There’s certainly an appeal to watching Musk humiliate himself. But his comments on Twitter and their subsequent impact on his relationship weren’t just schadenfreude. They were transphobic, and in context seem like they were designed specifically to target and humiliate his partner in a massive public forum. Laughing at Musk and Grimes fighting feels cathartic. But it’s less funny to think we’re watching publicly transphobic, misogynist abuse playing out in real time.

Musk’s initial tweet was short; it simply said, “Pronouns suck.” This was widely interpreted as a backhanded swipe at trans people, and especially at nonbinary people who use nongendered pronouns such as they/their. Grimes certainly read it as transphobic. Their reply read, “I love you but please turn off ur phone or give me a [c]all. I cannot support hate. Please stop this. I know this isn’t your heart.”

Grimes quickly deleted the tweet. But this is not the first time the musician has spoken publicly about trans issues. Grimes identifies as “gender neutral” and says that they are “impartial to pronouns for myself” but wishes that “I didn’t have to be categorized as female constantly.”

No doubt in part because of their own experience with gender identity, Grimes wanted to practice gender-neutral parenting. After Grimes’ first child with Musk was born in May, they decided not to assign the baby a gender until the child is old enough to choose their identity for themselves. “I don’t want to gender them in case that’s not how they feel in their life,” Grimes said.

This isn’t exactly surprising. Musk’s first wife, Justine, has described their relationship as borderline abusive in a long Marie Claire profile. “He had grown up in the male-dominated culture of South Africa,” she says, contextualizing the power plays in their relationship. “This, and the vast economic imbalance between us, meant that…a certain dynamic began to take hold. Elon’s judgment overruled mine, and he was constantly remarking on the ways he found me lacking.”

Tesla employees have also said that Musk often acts like a volatile, difficult, arbitrary bully. “Everyone in Tesla is in an abusive relationship with Elon,” one former executive once told Quartz.

If Musk had used misogynist slurs to attack his partner, public reaction might be angrier and less amused.  But the trans rights movement is relatively recent, and right now transphobia in the public sphere is in many venues even more acceptable than sexism.

Part of that transphobia is the idea that trans and nonbinary people are funny, and that their oppression isn’t dangerous or serious. A fight over pronouns can be characterized as trivial or ridiculous; transgender and nonbinary identity itself is often portrayed as an affectation. Musk himself seems to be laughing when he sends an offhand tweet like, “Pronouns suck.” An attack on trans people is framed as casual humor, not hate.

Grimes’ tweet in response to Musk wasn’t that long either, and we of course can’t know precisely what they’re thinking. They may just be expressing solidarity with other nonbinary and trans people. But when you’re nonbinary, and your partner goes out of his way to publicly express hatred towards nonbinary people, you could have very reasonable fears about your own safety and the safety of your child. Either way, Grimes obviously doesn’t see Musk’s bigotry as a joke. Neither should we.

Correction: A previous version of this post referred to Grimes as Elon Musk’s wife. They are not married, and the post has been updated. 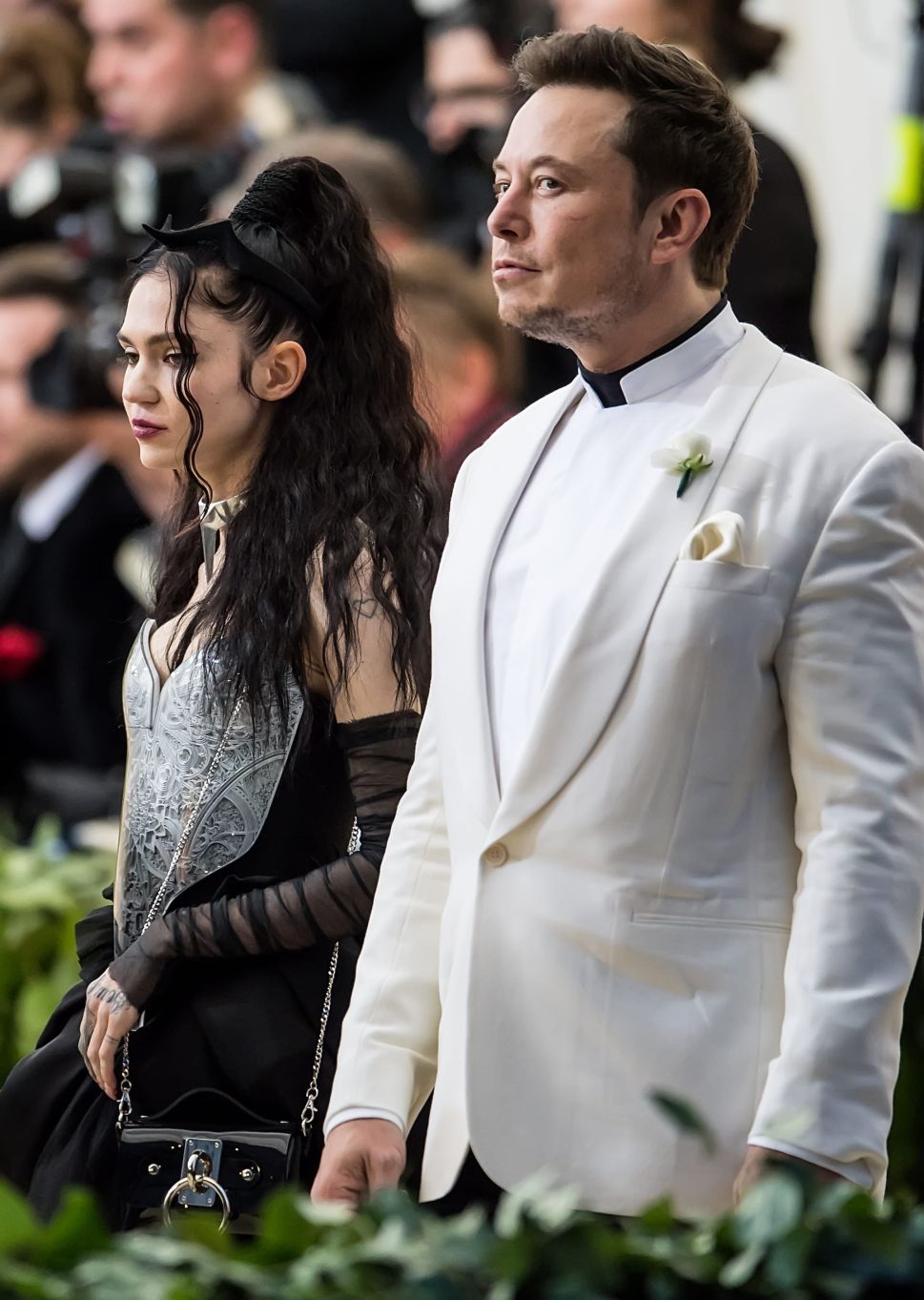