Late last month, the Food and Drug Administration approved the marketing for the first prescription video game to treat ADHD in children, a game titled Endeavor RX from Akili Interactive. This is a monumental achievement but it also symbolizes a bigger push in this space to tackle learning disabilities ranging ADHD to Autism.

“As a child progresses in gameplay, the technology is continuously measuring their performance and using adaptive algorithms to adjust the difficulty and personalize the treatment experience for each individual,” a spokesperson for Akili Interactive tells Observer. The game itself will be available by prescription and can be accessed iPads and iPhones, with a target age range of children ages 6-12.

The company received approval after seven years in development and completing a controlled study, which they funded, published in The Lancet Digital Health Journal. The study followed the progress of 600 kids and found that 50 percent of kids had increased cognitive focus in the first month and 68 percent after the second month of treatment.

Experts have high hopes for Endeavor RX to supplement medication.

“We view Endeavor RX as one tool in what should be a multimodal treatment approach for children with attention-deficit/hyperactivity disorder (ADHD). It has the utility, as prescribed by a physician, to potentially help children with ADHD improve their concentration skills and progress their learning abilities,” Bob Cattoi, CEO of the advocacy group Children and Adults with Attention-Deficit/Hyperactivity Disorder, tells Observer.

Akili hopes to release the game in the next few months, and it likely won’t be the last.

A 2019 study conducted by the University of Oviedo in Spain found that educational video games drastically boosted attention capabilities amongst kids and teens with ADHD. “Games maybe can become an extraordinary way to put in practice different strategies that children can learn in the therapeutic sessions,” Débora Areces, Professor of Psychology at the University of Oviedo tells Observer. “Video games can be used in a therapeutic session to put in practice the new strategies and the clinician can supervise him/her and make recommendations.”

While this is the first video game used specifically for therapeutic with direct guidance from the FDA, therapeutic game use for kids with learning disabilities more broadly with a focus primarily on Autism.

The leading game in this space is Zoolingo made by game developer Mafooly. The game takes users through a set of puzzles that help enhance their “emotional vocabulary.” Zoolingo aims to improve socialization, with games that help children practice eye contact, which children on the spectrum struggle with, as well as puzzles that help refine motor skills.

Meanwhile, others have made inclusive communities for kids with autism in existing games. Stuart Duncan made a safe space for kids with autism through a server on Minecraft which he dubbed “Autcraft.” He saw there was an interest in the game from autistic kids in his community but they felt shunned by bullies on the platform, and it now has 87,000 users worldwide.

“I designed a server around our specific needs and has become an escape. Inadvertently it has become a therapeutic tool that therapists are now recommending to their patients,” Duncan tells Observer. “It’s a tool for kids to learn to work problems out and learn social skills in a non-judgmental environment. That extra comfort is conducive to learning for this population.”

Duncan speaks from personal experience—he and his son both have autism and have found the game to be therapeutic.

Duncan partners with adult allies in the community to play with kids on the platform. “If a kid has a bad day at school, an adult on the server who is an ally will dig with them and talk to them,” he says. During COVID-19, it was taken a step further.

“Autcraft” is partnering with therapists who sign up with their own accounts to meet with their clients right on the server because it is a safe place that has become part of their existing routine. “It’s not something that I expected to happen but it’s heading towards positive results. Thousands of people have signed up for the server for that purpose,” Duncan adds.

Advocates agree that game usage has massive net positives. “Being removed from autistic meta-cognition, or ‘thinking about thinking’ was a joy and a relief,” David Hall, Executive Director of the Olympia-based advocacy group Life Guides For Autism tells Observer. “While video gaming, virtual reality, and other tools may bring a sense of peace to autistic minds, we also long to run a new cultural program: acceptance, and understanding of autistic individuals.”

The future is bright for this new industry of video games as a learning tool for kids with learning disabilities particularly for ADHD and the autism spectrum. Time will tell how far the industry will expand. 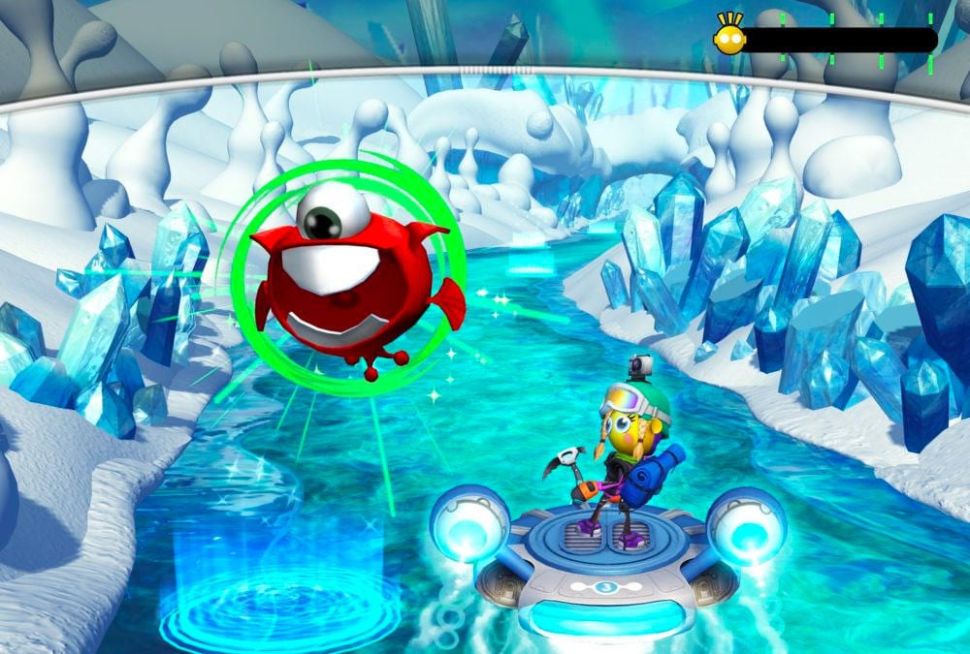