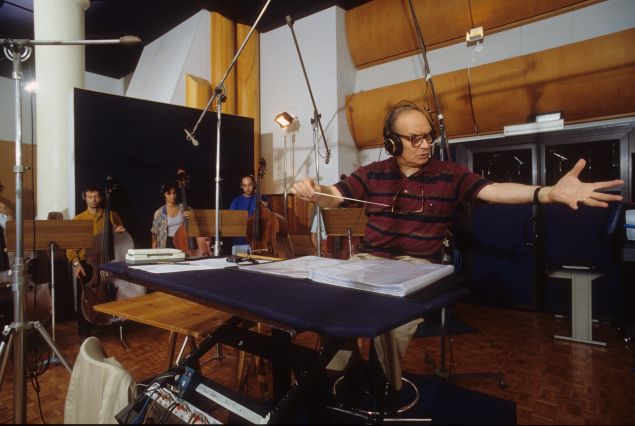 When I was growing up, we lived with my grandmother, who spoke no English but nonetheless burned through several VHS tapes of Spaghetti westerns. To my grandma, the words really never mattered. The arid landscapes were eye-popping, Eastwood’s beard was a mosaic tapestry, and when her focus wasn’t on visuals, it was on Ennio Morricone’s triumphant music. The legendary composer, after a career that spanned across continents, genres and artistic movements, has died at 91, but his work will be forever remembered through the wildly inventive sounds he left behind. In honor of him and my grandma, here’s a representative (if hilariously incomplete) shortlist of some of his greatest film scores and soundtracks. Happy listening.

The Good, the Bad and the Ugly

The bangers in Sergio Leone’s 1966 Spaghetti western are well known for good reason. The percussion. The whistling. The flute. The ocarina. The vocals! And all that’s heard in just in the film’s first minutes in “The Good, the Bad and the Ugly (Theme).” This film directed by Sergio Leone deploys Morricone’s talents splendidly, from the way the varying instruments serve to represent each of the three main characters throughout the score to the crescendoes and crashes of the individual tracks. Parts of “The Ecstasy of Gold” feel almost like a 21st-century pop song, because of the arrangement that accompanies and centers Edda Dell’Orso’s powerful vocals. Watch The Good, the Bad and the Ugly: Netflix. Buy the soundtrack: Amazon.

The Battle of Algiers

1966 was one of the busiest early years of Morricone’s career, with several film collaborations with directors whose names entered the history books: Sergio Leone on The Good, the Bad and the Ugly, plus several of his Spaghetti western contemporaries; Pier Paolo Pasolini in the class-conscious The Hawks and the Sparrows; Franco Zeffirelli on Florence: Days of Destruction; and an uncredited turn on his first American production, John Huston’s The Bible: In the Beginning… But The Battle of Algiers, directed by Gillo Pontecorvo, was a picture about guerrilla warfare unlike any that came before. Morricone’s compositions for it are suffused with suspense and intrigue to match the uncertainty and hard-hitting brutality of the film’s uncompromising combatants. Watch The Battle of Algiers: Kanopy; Criterion. Buy the soundtrack: Amazon.

Le Professionnel is an ’80s action flick, and the song at its heart actually appeared in several Morricone compositions in various form before becoming a hit when it was used in the 1981 Jean-Paul Belmondo film. Today it’s recognized as an essential Morricone banger and was actually later used as the URL of the Ennio Morricone fansite, ChiMai.com, home to a vibrant community of Morricone aficionados and a downloadable archive of a fan magazine—Maestro—dedicated entirely to discussion around his work. Watch Le Professionnel: Kanopy. Buy the soundtrack: Amazon.

It had been over three decades since Morricone had composed for a western, but that hardly mattered. His score is just as surprising and evocative and even jarring as Quentin Tarantino’s sprawling epic can be, with its horror references and building tension. It won Morricone his first and only Academy Award for Best Original Score, which he won at 87—setting a new record. Watch The Hateful Eight: Netflix. Buy the soundtrack: Verve.

“There was a theft!” is how Morricone, years later, described not winning the Oscar for The Mission, when he lost to Herbie Hancock’s score for Round Midnight at the awards in 1987. (Morricone’s indignity came from the fact that, while memorable, Hancock score used existing pieces, not an original score.) More’s the pity given that the score of The Mission is one of the film’s most enduring elements. Morricone’s music makes use of both European and indigenous South American instrumentation to define the themes of the different characters and locales in Roland Joffé’s religious epic about Jesuit missionaries in 18th-century South America. Rent The Mission: Amazon. Buy the soundtrack: Amazon.

John Carpenter’s 1981 film The Thing is today recognized as not just one of the greatest horror movies of all time and one of the greatest low-budget pictures ever made, but its music is a tricky beast to assess. It was commissioned by Carpenter, who had composed much of the music for his own films but wanted Morricone’s approach for this one, but Carpenter ultimately cut his own compositions into the finished film. Morricone created about an hour of music that ultimately went unused, as Carpenter had given him incomplete footage to score against. What is Morricone’s is The Thing‘ haunting main theme, a series of combined electronic music and orchestra that nonetheless influenced the next four decades of horror soundtracks to come. Rent The Thing: Amazon. Buy the soundtrack: Amazon.

I'll never forget the way Ennio Morricone described music as “energy, space, and time.” It is, perhaps, the most concise and accurate description I’ve ever heard. We'll truly miss him. This is the Love Theme from "Cinema Paradiso." #EnnioMorricone pic.twitter.com/kpbkodhHrh

The composer’s long-running relationship with Sergio Leone is perhaps better known here in the U.S., but Morricone scored a total of 13 movies for Giuseppe Tornatore to Leone’s six, and it all began with Cinema Paradiso—a beautiful film about going to the movies. The “Love Theme” that Morricone wrote for the film is one of his greatest pieces of music, a whorling tribute to nostalgia and friendship. It also has lyrics, written in Italian. Here are the final lines, translated:

This is all I ask
Just like a film that fades from view.
My paradise was you
So I dream
Remember 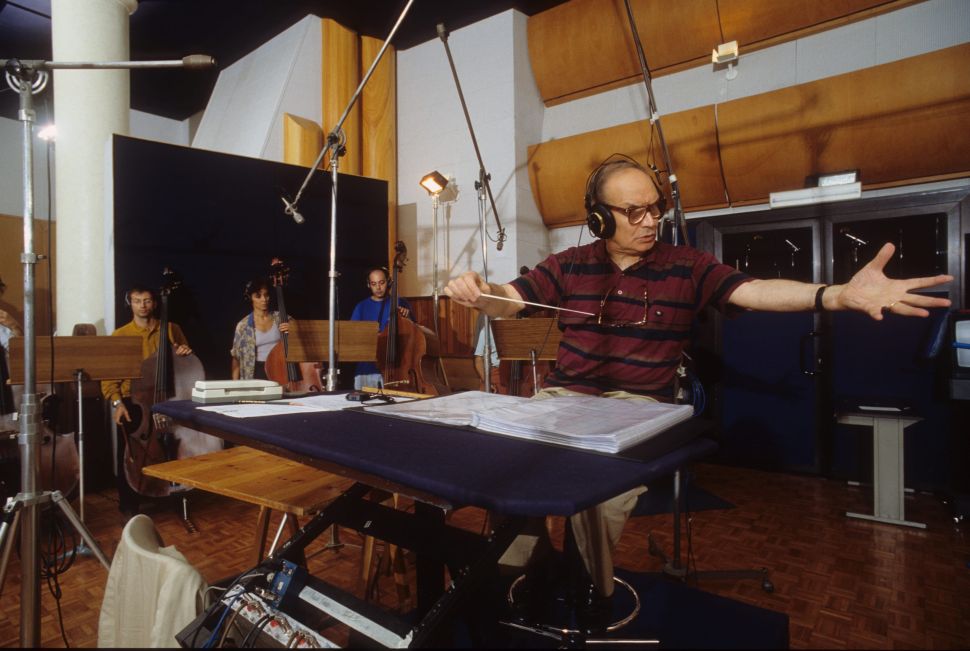