When the restoration of the Ghent Altarpiece was unveiled back in January, it had the dubious honor of capturing the attention of Twitter: that’s usually only bad news for those attempting art conservation. After years of rehabilitative work by Belgium’s Royal Institute for Cultural Heritage, Jan and Hubert Van Eyck’s masterpiece, including its central image Adoration of the Mystic Lamb, was reintroduced to the world with an entirely “new” visage for the painting’s animal star. People were instantly confused by the transformation: what was previously an innocuous lamb’s face had seemingly been warped in favor of a humanoid, much more haunting pair of eyes and lips. Now, however, a new paper on the painting published on Wednesday by researchers at the University of Antwerp and the National Gallery of Art has determined that this most recent restoration was indeed faithful to the original version.

With the aid of advanced imaging techniques and spectroscopic analysis to scrutinize the types of chemical treatments the painting had received, researchers determined that the lamb’s face had been altered several times in past centuries in order to adhere more closely to acceptable depictions of holy animals. “The Eyckian face of the Lamb had forward-gazing eyes and effectively a shorter muzzle than the 16th century restorer’s overpainted face,” the study reads. “During the recent conservation treatment that was completed in 2019, conservators were able to safely remove the 16th century overpaint that completely obscured the head and patches of the body in the Lamb of God. The head of the Lamb that emerged has many of the facial features that previously could be elucidated from analysis of the chemical imaging data.”

SEE ALSO: Why the Restored Ghent Altarpiece Lamb Is Creeping Out Viewers

Additionally, researchers found that the lamb’s hindquarters, hooves and legs had been subtly altered in past restorations in order to make the creature look more docile and innocuous than the van Eyck’s originally intended. With the lamb returned to its former, otherworldly glory, it’s once again possible to see the animal’s unobscured mystery. The fact that a 15th century lamb’s face went viral on the internet in 2020 is a testament to just how impactful fine art can still be. 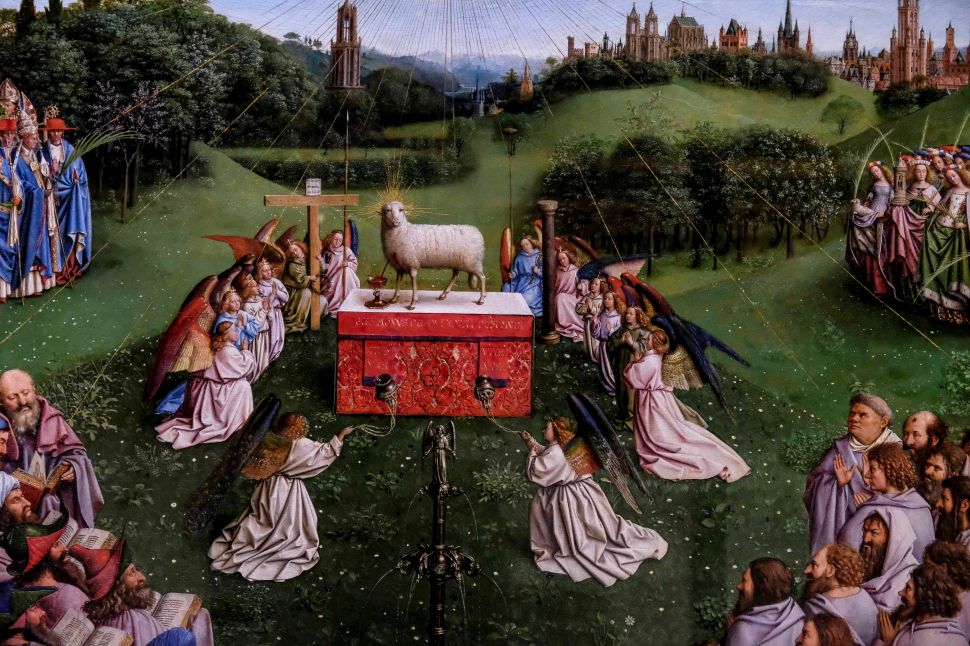