As India turns its back on Chinese tech companies amid geopolitical tensions, American tech giants are raising their bets in India, vying to fill a massive market void in the world’s second most populous country.

On Wednesday, Indian billionaire Mukesh Ambani, who is Asia’s richest person boasting a net worth of $71 billion, announced a $4.5 billion deal between Google parent company Alphabet and Jio Platforms, a telecom company owned by his business conglomerate Reliance Industries, to develop affordable smartphones to get hundreds of millions of Indians who can’t afford expensive handsets online.

SEE ALSO: Why the UK Hung Up on Huawei 5G and What Happens Next

“Google has empowered millions of Indians to access helpful information and, like Jio, is a force for change and innovation,” Ambani said at a Reliance shareholders meeting on Wednesday. “We welcome Google onboard and are excited about our partnership for what it can deliver to Indians.”

Under the agreement, Google will assume a 7.7 percent stake in Jio, India’s largest mobile network operator with 388 million users.

The Jio deal is Google’s first investment as part of its newly formed $10 billion initiative to fund tech companies and digital infrastructure in India, one of the world’s last untapped markets where half of its 1.3 billion people have yet to get online.

“This is a reflection of our confidence in the future of India and its digital economy,” Alphabet and Google CEO Sundar Pichai, who is originally from India, said at an event unveiling the fund on Monday. He said Google’s investments would focus on four areas: affordable access in Indian languages, new products and services aimed at Indians, helping businesses get online and using technology to promote social issues.

“Our joint collaboration will focus on increasing access for hundreds of millions of Indians who don’t currently own a smartphone while improving the mobile experience for all,” Pichai said of the Jio deal in a statement on Wednesday. 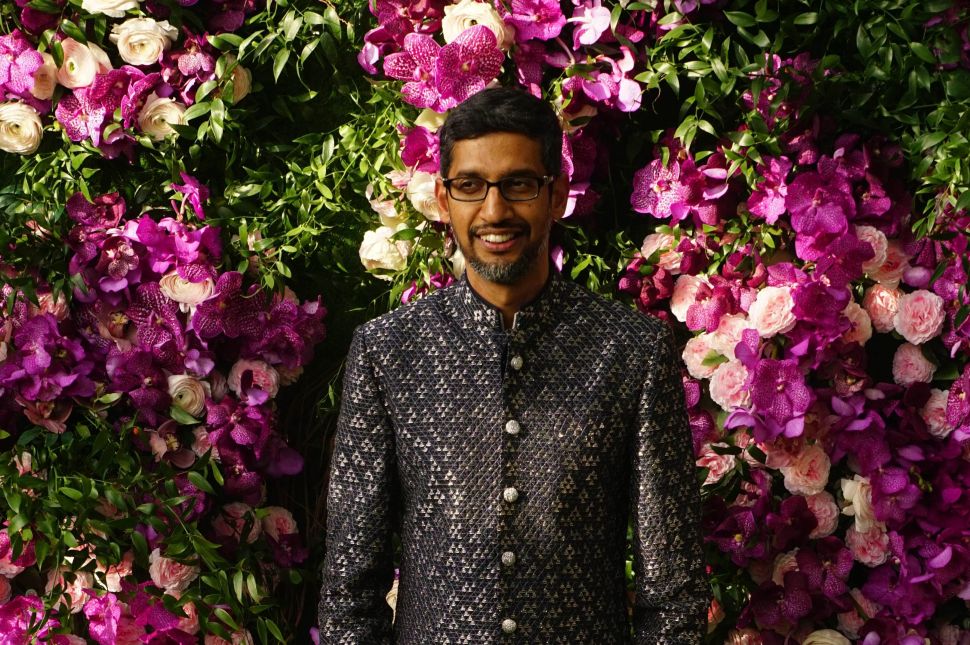