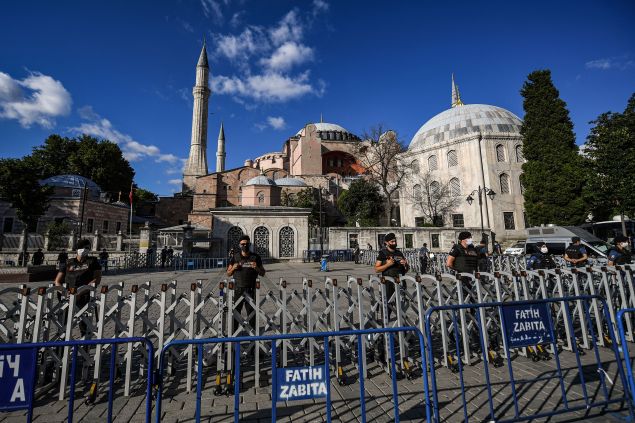 The Hagia Sophia museum on July 10, 2020 in Istanbul. OZAN KOSE/AFP via Getty Images

On Friday, the museum status of the Hagia Sophia, one of the most famous examples of Byzantine architecture, was annulled so that the building could once again function as a mosque. It was a decision heavily sought by the conservative Turkish President Recep Tayyip Erdogan, who is expected to soon make a final decision on how frequently the Hagia Sophia will be used for prayer and ceremonial occasions. However, the Hagia Sophia has functioned as a museum for 80 years, raising questions about what will happen to the artifacts within it.

The Hagia Sophia, which was built in the 6th century as a Greek Orthodox Christian cathedral before being turned into a Mosque in the 15th century, includes medieval mosaics depicting the Holy Family and images of Christian imperial emperors, which are signifiers that Muslims who eventually make use of the building as a mosque are expected to cover up. Additionally, religious and political leaders from all over the world are hesitant about seeing Hagia Sophia being turned back into a mosque because the act might cause further division between Muslims and Christians, who’ve traditionally both used Hagia Sophia as a place of worship.

SEE ALSO: A Statue of Melania Trump Was Set on Fire in Slovenia

Hagia Sophia’s conversion into a mosque isn’t a unique incident in Turkey, either: under President Erdogan, three other Byzantine church museums have been restored as mosques in the country recently. While establishing places of worship for Muslims is of course an essential practice, eliminating museums in order to do so feels like a way of actively erasing scholarship and cultural reverence associated with the country in which this is happening. In a statement on Friday, UNESCO said that Turkey is obligated to make sure that “no modification is made to the outstanding universal value of the property,” so what will happen to Hagia Sophia next is both unsure and very delicate. 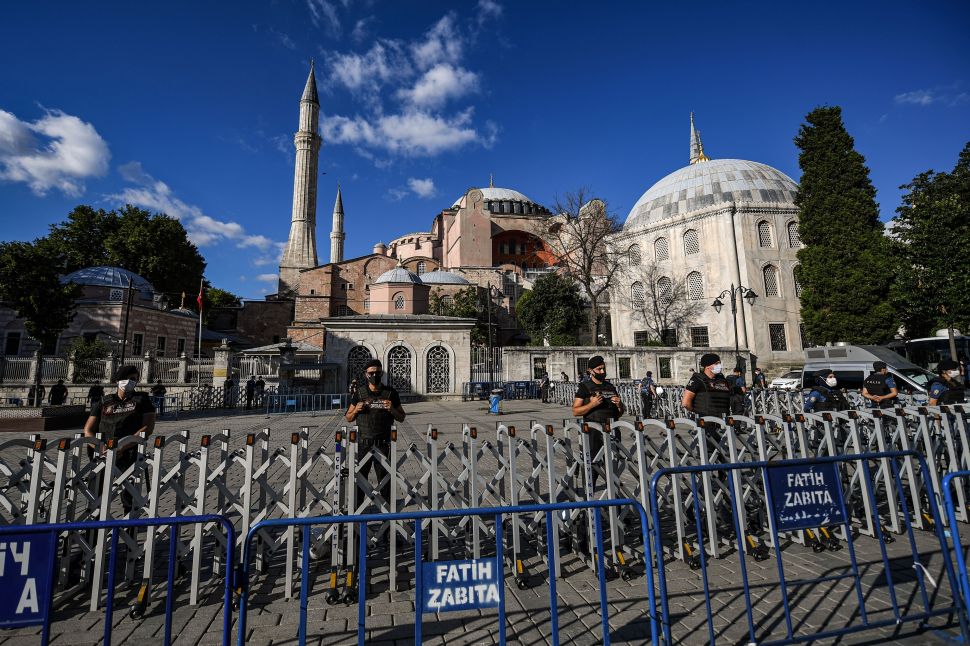