Despite a chorus of voices on Film Twitter pleading with Disney+ to release the viewership numbers for the filmed version of Hamilton, which hit the streaming service July 3, The Walt Disney Company has yet to announce any official data. This isn’t a huge surprise as Disney, amid the ongoing COVID-19 pandemic, is trying to argue to investors and industry analysts that theatrical releases followed by DVD, Blu-Ray and VOD availability and then finally Disney+ streaming is the optimal business model. But at the same time, Disney+ has been the lone bright spot for the Mouse House during the coronavirus outbreak and would only stand to benefit further from a buzzy audience number reveal.

In lieu of any hard first-hand data, we’ll have to rely on third-party measurements to suss out Hamilton‘s impact on Disney+. From Friday through Sunday, the Disney+ app saw a significant uptick in downloads, including 266,084 in the U.S. and 513,323 globally, according to data from the analytics firm Apptopia provided to Variety. That equates to downloads rising 72.4% higher in the U.S. than the average four weekends in June 2020 over comparable time periods, per the outlet. Globally, Disney+ app downloads were 46.6% higher than normal, when factoring out India or Japan where Disney+ is delivered through preexisting apps. Hamilton also generated more than 2 million tweets this weekend, and three times as many conversations this year than in 2015, when it first came to Broadway.

SEE ALSO: ‘Only’ Is a Polarizing New Thriller About a Virus That Kills Women

Now, app downloads do not guarantee paid subscriptions—Disney+ did away with its free trial offering in mid-June—but they do indicate a certain level of interest and buzz. According to SEMrush, a data trends provider, search traffic for Disney+ has increased nearly 82% since February, third-most among the six major streaming services. There will undoubtedly be high levels of churn, or the number of customers who cancel their subscriptions in a given time period, following Hamilton, but Disney is hoping its retention numbers will be promising.

Variety notes that the number of new subscribers will be higher than the number of new app downloads since many could sign up for the service through smart TVs. But again, how many customers opt to stay with Disney+ after getting their Hamilton fix will be the key. As of early May, Disney+ had already collected 54.5 million subscribers. For comparison, the market-leading Netflix currently houses around 182 million worldwide subscribers and roughly 70 million-plus in the U.S.

Disney spent $75 million on the filmed version of Hamilton, which was captured across the final two weeks of the original cast’s run in 2016, in the largest single-film acquisition in history. However, Disney is expected to transform Hamilton into a new multi-media franchise of sorts. Last week, Disney confirmed that a documentary which features the original cast reunited to discuss the origins and legacy of the musical will also be coming to Disney+. 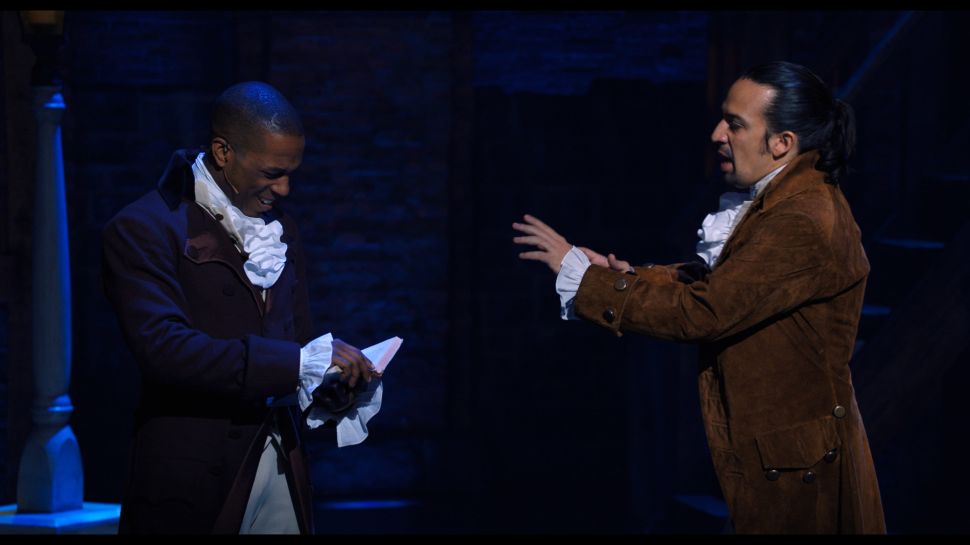