Hamilton was always going to be a big draw for Disney after it spent a whopping $75 million acquiring the filmed version. But when the coronavirus pandemic forced Hamilton from a 2021 theatrical release to a Disney+ debut last weekend, no one was quite sure what to expect. While Disney has not reported any official viewership numbers, it does seem as if Hamilton was a massive hit.

Kicked off by an exclusive Twitter Watch Party with Lin-Manuel Miranda and the cast, there were over 2 million tweets about Hamilton last weekend and three times as many conversations about Hamilton this year than in 2015, when it first came to Broadway. The Disney+ app also saw a surge in new downloads over last weekend, including a 72% uptick in the U.S. and 47% overseas. But the best evidence of Hamilton‘s success comes straight from Disney CEO Bob Chapek, who told employees that the filmed musical brought “a lot” of new subscribers to the platform in a recent all-hands company meeting, The Verge reports.

One important benefit Hamilton brought to the service is a new demographic of users, as the family-friendly streamer generally skews younger.

“That particular audience was very important for Disney Plus because it represented a tangent of an audience that we don’t necessarily get that often on Disney Plus,” Chapek said, per the outlet. “A great percentage of the new viewers that came into Disney Plus, and there were a lot of them, were a different target audience, a different demographic than what we normally get. That was nice to see.”

Back in March, as many as 50 percent of U.S. internet users with children under 10 in their households had already subscribed to Disney+. In April, the company announced that the platform had surpassed 54.5 million paid customers since its November 12 launch. Thanks to multi-demographic brands such as Marvel, Pixar and Star Wars, Disney+ has enjoyed astonishingly rapid growth among its core demographic. But Hamilton has enabled the streamer to diversify its target demo and provide a broader message at a particularly divisive point in our culture.

“I think it was so impactful because in such a divided country, in such a divided world, there are few things that fit in that Venn diagram in the middle that sort of please everybody and bring us together rather than push us apart,” Chapek said. “I think that’s what the magic of Disney can do. I think that’s the magic of the brand can do. Certainly, what the affinity to the Hamilton product can do for the world and especially for the United States right now. The message of diversity that’s implicit in the production really gives us hope for a better, more unified tomorrow.”

In February 2019, former Disney CEO Bob Iger called the company’s direct-to-consumer business the top priority moving forward. At the all hands meeting, Chapek echoed this sentiment, describing Disney+, Hulu and ESPN+ as “the most important strategic initiative we have going right now, and probably had had going for the last several decades.” To that point, the massive growth of Disney+ and the success of Disney’s complementary streaming efforts was the lone bright spot in the company’s most recent quarterly earnings report as the COVID-19 outbreak continues to squeeze their margins.

Chapek noted that Disney was “just really lucky that we had the direct-to-consumer business up and running from a content and media standpoint.” 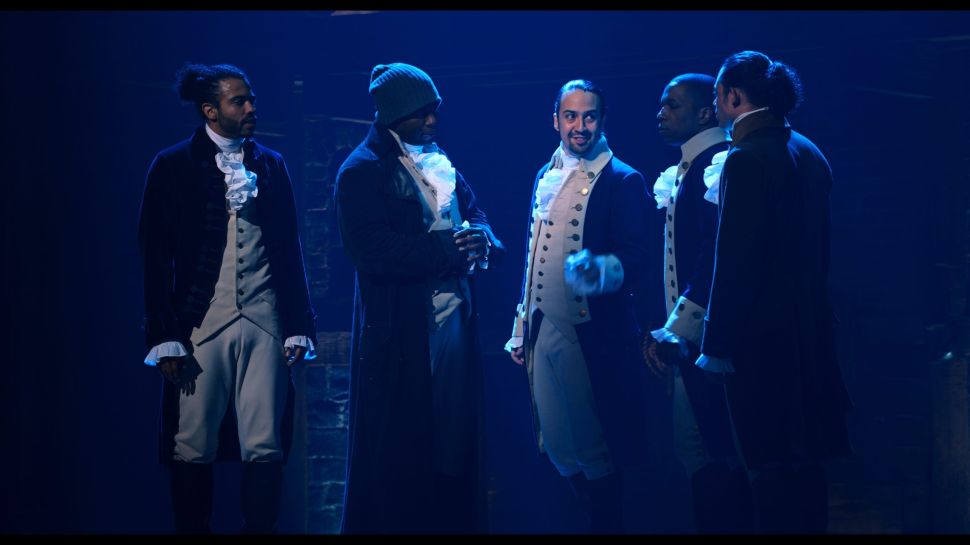