Working from home is certainly not a new phenomenon, but until now, it’s been the subject of much debate. For years, some companies have been trying to move their employees from the office to the home to reduce their footprint, cut their overhead, and ultimately boost profitability. On the other hand, some employers had been loath to move to a work-from-home model. They feared employees wouldn’t be as productive without a manager watching over them in a more collaborative environment.

Now, however, there is no debate or choice, as the coronavirus has forced companies to accept employees staying home to work. Twitter, a company that had somewhat stringent work-from-home policies before the pandemic hit, is now allowing employees to stay home forever. Facebook, which still hopes to get employees back to the office, says they can work from home through the end of the year and can then work remotely if they so choose (though they may receive lower salaries).

Once the pandemic kicked in, however, an MIT study found that 34 percent of Americans were working from home, nearly fully realizing the potential of telecommuting.

Most importantly, there are no indications that many of those people will be returning to the office after the coronavirus threat subsides. A recent Global Workplace Analytics study found that between 25 percent and 30 percent of the American workforce will still be working from home multiple days a week by the end of 2021.

“The genie is out of the bottle and it’s not likely to go back in,” Global Workplace Analytics president Kate Lister said in a statement.

Google has seemingly accepted that. Last month, the company said it would give employees a $1,000 allowance to purchase equipment and furniture to facilitate their working from home.

That allowance may prove especially useful for home office furniture.

Before the pandemic started, 54 percent of people didn’t have a remote work station in their homes, according to a YouGov study. But with shelter-in-place orders forcing the vast majority of people into their homes, working at a kitchen table became a new reality.

Technology has proven to be the conduit to allow for that.

Companies have needed to act swiftly to adapt to a remote workforce accessing critical information remotely. According to a study from research firm Top10VPN, virtual private network (VPN) demand soared by 44 percent in March and is 22 percent higher than its pre-pandemic average. VPNs allow employees to securely connect to corporate networks over encrypted channels. It’s a critical feature for securing data with a distributed workforce.

The pandemic has also forced healthcare companies to rethink how they provide care.

With people loath to the go to the doctor (breast cancer screenings are down by more than 90 percent during the pandemic), healthcare providers and patients are increasingly turning to telehealth solutions. In fact, one telehealth service, eClinicalWorks’ Healow, was seeing an average of 100,000 minutes of telehealth time on its service each day in early April. Just a month later, average daily utilization rose to 1.5 million minutes.

“I’ve never seen such a demand for home office and outdoor space,” he said. “In New York City, people are used to being out and about. As prices are mostly connected to location and size, the sentiment is usually to live a bit tighter to be closer to work, nightlife, and restaurants. This experience has given people another perspective—that the home itself might need more consideration.”

Indeed, he’s asked all of his clients what they wish they had thought about before choosing a home pre-pandemic, and the answers are the same.

“Some say they wish they had rented or bought a home with a home office and some that they wish they had conceptualized their space with a working area,” he said. “Almost everyone comments in some way about a space to work at home.”

That, of course, creates a new opportunity for realtors, developers, and even interior designers to capitalize. With people seeking home offices and spaces to get work done, the market needs to adjust.

That already seems to be happening. The American Society of Interior Designers has been polling its members every two weeks since the pandemic started to see how their businesses have been affected. At the height of the pandemic, just 26 percent of interior designers said it had no impact. Now, that figure is up to 51 percent, as they adapt to changing market needs.

Of course, companies that have already offered work-from-home solutions are doubling down on the opportunity. Zoom usage, for instance, has soared since the pandemic began. At the end of 2019, the company had about 10 million active users. It’s now up to 300 million users. It wasn’t alone: Google Meet, Microsoft Teams, Skype, and other video-conferencing services also saw their use skyrocket.

But arguably multi-level marketing companies have been most actively shifting their business models to attract people at home. Those companies, which typically have people who generate a profit from their own sales and a percentage of those they recruit to the enterprise, have been especially active since the work-from-home phenomenon expanded, according to a Business Insider investigation.

A variety of multi-level marketing companies like Young Living, Mary Kay, and Younique, among others, are actively recruiting those who are working from home (or laid off), saying they can make their own hours and get paid while socially distanced.

One Facebook post about vegan skincare and nutrition company Arbonne puts a fine point on how the companies are seeking recruits.

“People are FREAKING out,” the post reads. “If you’re looking for me, I’m just over here hanging out, building my germ free multi-million dollar global business from home.”

Another, from a company called LimeLife, features a photo of hand sanitizer with a promise of knowing where to find some.

“What if I told you I knew where you could get some hand sanitizer?” the post asks. “Since ya know, coronavirus and all.”

Whichever path folks choose, the end result is clear: working from home isn’t going anywhere. And going forward, there will be plenty of companies capitalizing. 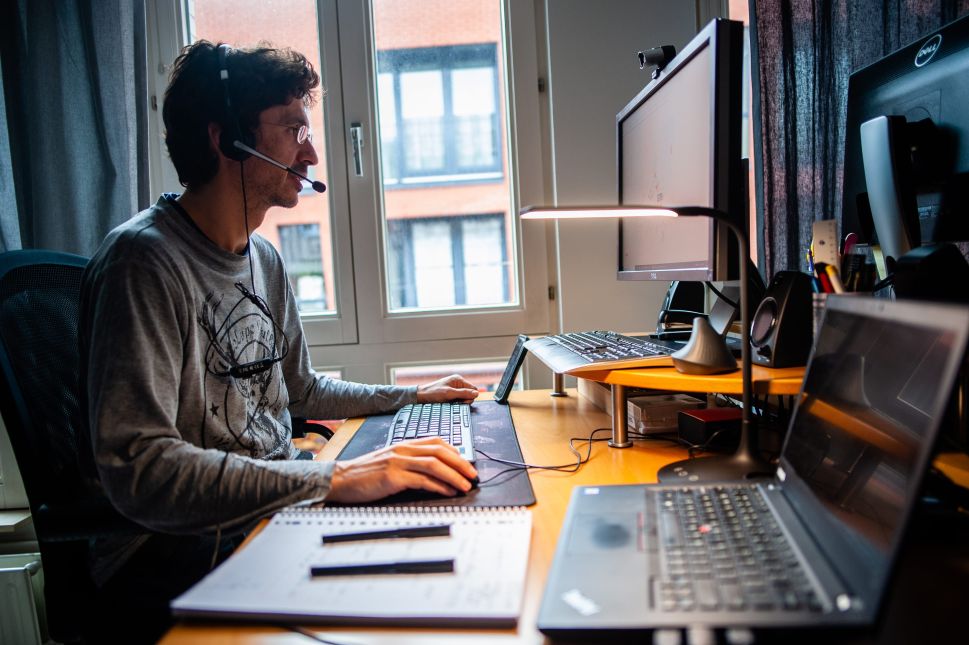