There are few creators who can shake up the animation world as much as Masaaki Yuasa can.

Since his bizarre, colorful and orgasmic 2004 Mind Game, Yuasa has twisted, stretched, pulled and enlarged the boundaries of animation as much as he does his characters. Two years ago, Masaaki Yuasa’s popularity peaked with his first Netflix Original, Devilman Crybaby. The apocalyptic, perverted and visually explosive take on the classic 1970s Go Nagai manga was adored by critics and marked Yuasa’s first true commercial success.

His second Netflix Original, Japan Sinks: 2020, arriving this week, is another ambitious series based on Komatsu Sakyô’s best selling 1973 novel of the same name, which has been adapted for the screen before in a pair of films and one TV series. It is perhaps his most grounded and serious project to date, and much to my dismay, one of his most disappointing.

During their trek across the island nation, the family come across a number of characters who assist them on their journey. There is Haruki Koga, a former track star who has become a recluse; Kunio Ashida, an older shopkeeper with Robin Hood–like skill with a bow and arrow and a strong distrust of foreigners; Daniel, a playful and sensitive man from Yugoslavia and Kaito, aka KITE, a popular Estonian YouTuber who possesses a devil-may-care attitude on par with Tom Cruise.

It’s shortly after KITE’s grand entrance that he tells the group, “the line between life and death is thin.” It’s not the most original line ever written but is one that resonates through every episode of Japan Sinks, as the body count rises faster than the buildings and landscapes fall.

Those familiar with Crybaby’s level of violence know that Yuasa is unafraid to show characters meeting twisted, gruesome ends. However, the violence in his 2018 series, while gory, was silly and even playful. Because Japan Sinks is more dramatic, the ever looming presence of death gives the series a weight closer to the early seasons of Game of Thrones. The deaths range from the explosive to the shockingly abrupt, it makes for some jarring television, but after a number of characters meet their demise the shock wears off, it falls on the plot to carry the series’ momentum, which it fails to do.

There is enough story here to fill a 22- or even 18-episode series, but because it is limited to ten, many storylines feel underdeveloped, even those concerning the main characters. As a result, Japan Sinks feels rushed and unearned.

There is also a surprising lack of imagination when it comes to the animation. This is by no means a bad looking show, the character designs are quite appealing and the background art sells both the natural beauty of Japan and the destruction the earthquakes are causing; however, the energy, fluidity and inventiveness I’ve come to expect from Yuasa work is largely absent, with the series feeling very flat whenever the earth is not shaking.

Like other work in recent years by respected figures in anime, such as Kunhiko Ikuhara’s 2019 series Sarazanmai, and Evangelion creator Hideki Anno’s 2016 remake Shin Godzilla, Japan Sinks serves as an artistic response to the the 2011 Tohoku Earthquake. Ikuhara’s series focused on the importance of connections over material goods, while Anno’s film was a critique of the Japanese government. This series is a story about loss and like almost all of Yuasa’s work, is about self-growth. Here, Yuasa is not only delivering a eulogy for Japan pre-3/11, he is delivering a hopeful message that the society that continues to live on past this tragedy will move forward, building a new Japan that isn’t burdened by things that plague societies around the world, like isolationism and racism.

It’s a wonderful message, but the reason Ikuhara and Anno’s efforts worked and this did not, is that both of their efforts felt true to what made them unique artists in the first place. Yuasa, in trying to go in a more serious direction, has restrained himself too much. This series also left me sad as this the last series Yuasa will direct for the foreseeable future, as he announced shortly after production wrapped that he will be taking a break after years of non-stop productivity—five series and three films since 2013 (a fourth coming in 2021).

Yuasa is one of the most gifted and progressive minds working in animation today, and while he is well within his rights to take a break from the grind of producing animation, his absence will be felt. While this ambitious misfire is not the high I pictured Yuasa going out on when I first saw the trailer, I’m positive that he will come back stronger, ready to shake up the world once again. 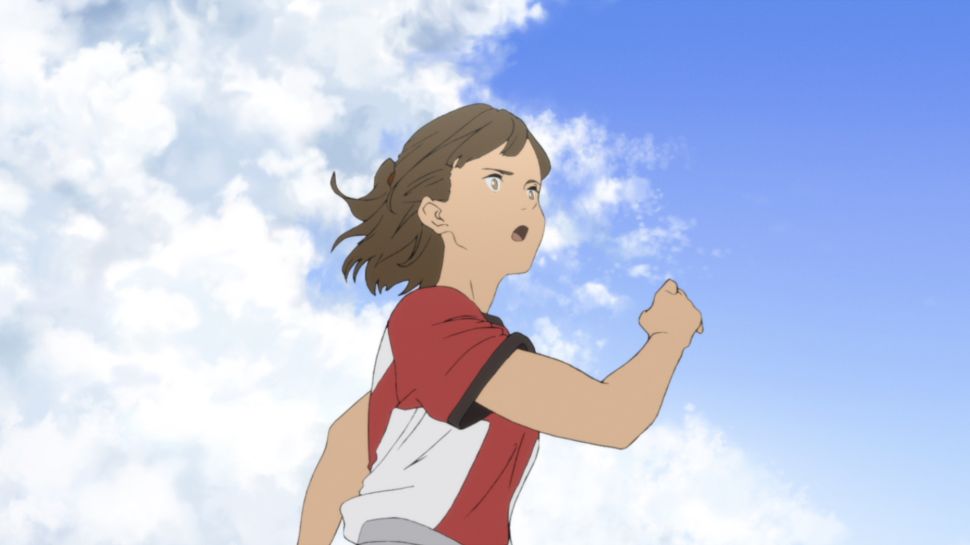