Jennifer Lopez and Alex Rodriguez already own a substantial collection of homes all over the country, and now they’ve added a rather modest Encino property to their real estate portfolio.

It appears that the multi-hyphenate singer and actress is the one who technically bought the home, per Variety, though it’s likely that Lopez and Rodriguez aren’t actually planning on residing in this particular Los Angeles residence.

While the three-bedroom, 2.2-bathroom house is perfectly spacious and newly remodeled, it’s not nearly as large as the couple’s many other homes, and would be a touch cramped, as Lopez and Rodriguez each have two children from prior marriages. As Variety points out, Lopez likely purchased this 2,202-square-foot home for a relative or as an investment property.

A formal entry leads into the house. The remodeled kitchen is equipped with stainless steel appliances, grey cabinetry and a small white marble-topped center island. It’s open to a living room with vaulted, stained wood ceilings and a fireplace. There’s also a family room and den with pitched ceilings.

The owner’s suite contains two closets and a bathroom with a glass-enclosed walk-in shower, separate floating tub and double sinks.

French doors in the kitchen open out to a covered patio area, which is currently set up as an outdoor living space. There’s a separate office off of the garage.

Last year, Rodriguez sold his Hollywood Hills bachelor pad for $4.4 million, so it seems that J. Lo and A-Rod chose to move into Lopez’s $28 million Bel Air mansion. They previously purchased a sleek apartment at 432 Park Avenue in New York, but ended up selling it last summer, after reportedly deciding they wanted an even larger home in downtown Manhattan.

The couple did make another big purchase together early last year, as they spent $6.6 million on Jeremy Piven’s Malibu retreat, and promptly brought in brought in HGTV personality Joanna Gaines to help them renovate the oceanfront estate. 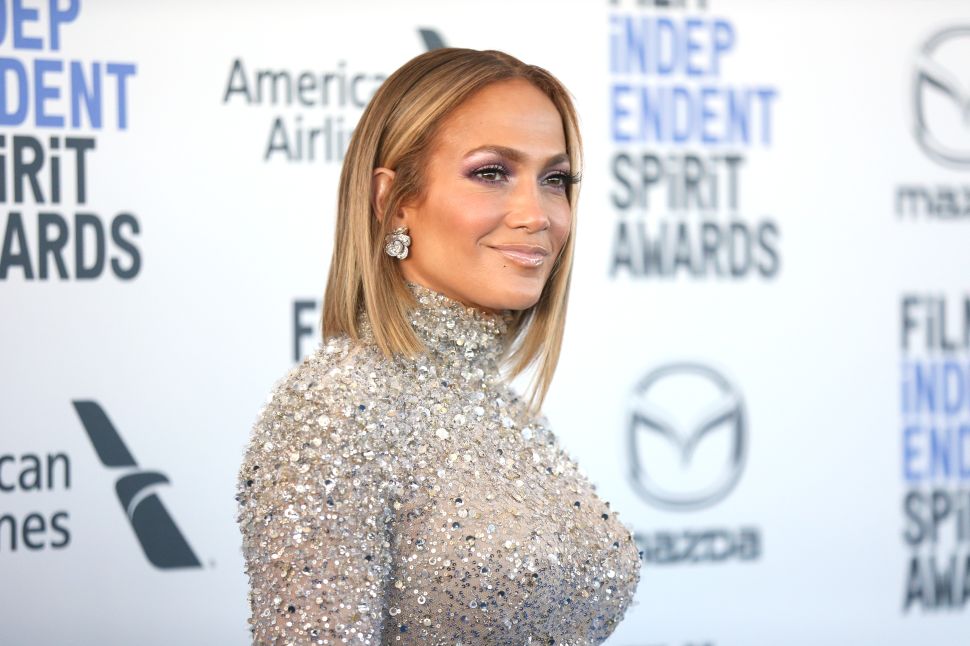