Jim Gaffigan doesn’t tan well. So, it makes sense that his new comedy special is called “The Pale Tourist.” For the two-part series that debuted on Amazon Prime Video yesterday, he travels to Canada and Spain, while testing out a novel concept: Localizing jokes on tour. In it he jokes about everything from Spanish tapas and Old World politics to Canadian cuisine. (“Poutine is French fries but unhealthier,” he riffs in the special. “Canadians thought ‘Let’s do it, we have free health care.’”)

It’s part of his world tour, where Gaffigan has taken the time to meet people, try out each country’s food and learn a bit about their history. On short notice, he would transform his experience into a standup set and perform it for locals in each city. (hey, it’s better than the same old Wendy’s jokes, right?).

Last year, Gaffigan turned down a $30 million Netflix deal to bet on his own talent, which he seems to have found a fit for on Amazon Prime.

Though the pandemic has halted Gaffigan’s travel for now, he recently performed a drive-in standup show in New Jersey (honk for applause), and stars as a villain—of all things—in a new action film called Most Wanted, opposite Josh Hartnett. He spoke from his home in NoHo about Zoom comedy, the Quebecois and why he’s not a clean comedian.

Observer: The idea for this special came about while you were in Asia? Did catering jokes to locals work better than telling American jokes?
Jim Gaffigan: It was more rewarding. Instead of finding out what didn’t work, I did stuff about a certain country or culture. There’s nothing better than coming up with a new joke. But there comes a risk when coming up with material when you get to a place. The locals appreciate the effort.

How can you tell?
That they appreciate it? There’s something about localizing something and authenticity surrounding it. There’s a certain shorthand. If I’m in South Korea, and I say, “I was just in Japan, I know you love the Japanese.” That has history. This guy knows the history of World War II and what happened here. He’s not being weird about it; he’s making an observation.

Even riffing on the tension between Ontario and Quebec, it shows you’ve done your research. But I’d be afraid of getting off the stage and having naysayers go: “That isn’t correct.”
Oh yeah! And there will be. But what I learned a long time ago, even though I’m considered one of the most inoffensive comedians, and I’ve done the CBS morning commentaries for years, is that I’ve learned something. As this time we live in gets more dramatic, people are looking for something to be upset about.

You got down to nitty gritty details of a place. When you travel and experience a city, who is usually your travel companion that shows you around?
In Spain, I was just with the promoters, these British guys. There’s a lot of Brits in Spain. There was a great advantage there. When I got to Bogotá, I got a tour guide in hopes that I could ask a lot of stupid questions. In Canada, I’ve had the benefit of going there off and on for a while. Sometimes it’s just amassing these observations, it all works together. Could I do a Winnipeg joke in Kansas? I don’t think they’d care. I shot this movie Most Wanted, and the whole crew was Quebecois. I hung around them for three weeks. That’s how I really learned about the Acadians, and what opened my eyes to different aspects.

Are you still a clean comedian? You talk about a one-testicle Hitler in this special.
No, that’s a playful kind of self-awareness thing. We all have our inner critic and I vocalize that onstage. If you went through every one of my comedy specials, you’d find parts that aren’t clean. The entertainment industry is all perception. I’m perceived as the clean guy. Is it because I’m a doughy, pale white guy? Maybe. Is it because I’m Midwestern or the material? It’s probably fragments of a lot of things. Most of the movies I’ve done over the past four years have been dramas, and most interviewers ask: “Why did you decide to do a drama?” And I think the last 10 movies I’ve done have been dramas. The perception is that I’m a comedian and I only do jokes.

It’s stupid how people are pigeon-holed as one-trick ponies, but I guess that’s how branding works in the creative industry?
Yeah, but it’s also one of those things where it’s just a habit to put people in buckets. It doesn’t bother me; I find it funny. I’ll have the same interview with someone. I’ll say: “You just asked me, two movies ago, the same question.” But people are looking for an angle, right?

You do get into the minds of your audience in The Pale Tourist, commenting on their perceived thoughts. (“This guy is a monster! I don’t like him!”) Are you able to read their thoughts onstage?
Some of it goes back to something I did as a teenager, which is letting people know I’m aware of possible discomfort. I’ve used it as a tactic if I’ve done too many jokes on a topic, it gives you permission to go further. If there’s someone who is upset by a Hitler one testicle joke, I’m acknowledging their feelings.

You’ve said the entertainment industry is risk averse, why do you say that?
It absolutely is risk averse. It’s just the reality. People think the industry is about making money, but I think it’s a big country club. It’s not about money, it’s about status. That’s why awards are so important. It’s obviously the most superficial industry. The reason sitcoms are exactly the same is not because of an absence of creativity, it’s people want to get things that work. We might think it’s money, but they want to afford a membership to the country club. Then later, they get into a more exclusive country club.

What do you think the state of comedy is today, and advice to young comedians Zooming their way through standup sets?
In disruption, there’s always an opportunity. I don’t feel sorry for comedians who have success, I feel sorry for comedians who were just about to get success. The people who were getting momentum, finally selling out in places like Gotham Comedy Club. The audience will attend the Zoom or drive-in standup shows because we’re starving for entertainment, but I don’t think that’s how you build a relationship with people. You can be a TikTok star, I don’t know if you can be a Zoom star. I hope I’m wrong.

The Pale Tourist is streaming on Amazon Prime Video. 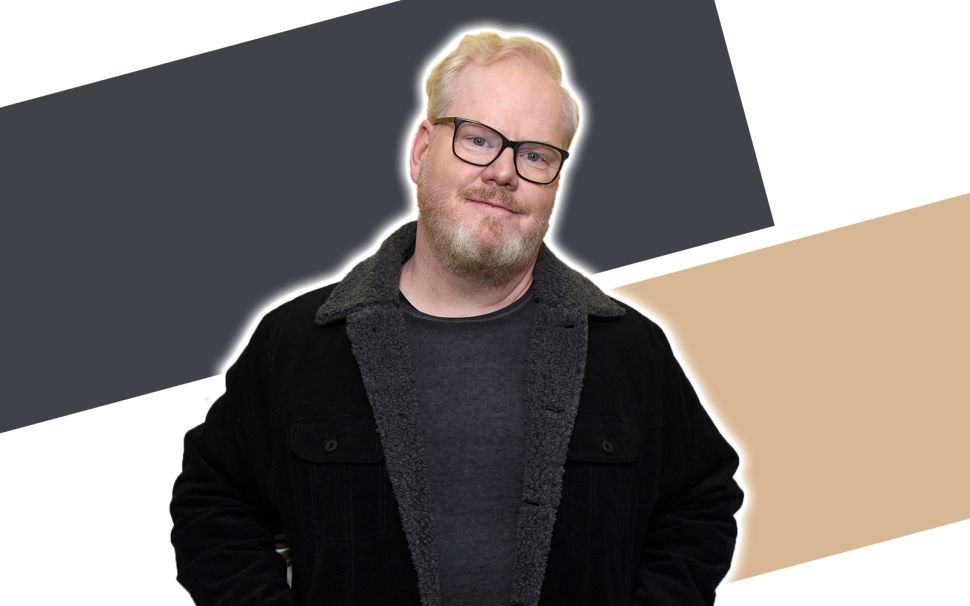