In Josephine Decker’s new film, Shirley, creative inspiration arrives at a potentially perilous cost. As the titular character, a very fictionalized version of 20th-century writer Shirley Jackson (Elisabeth Moss), struggles to complete a novel, she draws her entire household into chaos. By the end of the film, she’s terrorized, enchanted and forever changed the life of Rose Nemser (Odessa Young), the young woman who’s working as her live-in housekeeper. While the novelist provokes Rose, she must keep her close if she wants to finish her book: Rose has become an invaluable muse.

In her last film, Madeline’s Madeline, Decker explored a very different relationship between an artist and her muse. That story follows a white experimental theater director who exploits a young Black actress as she seeks a narrative for her own play. In Decker’s explorations of creative collaborations with irreconcilable inequities, she’s drawn on her own experiences and embraced the messiness of artmaking.

“I’ve had muses in my own life,” Decker tells Observer. “People who inspire me to make work, or ask questions of my life, or questions about my work. When you’re an artist, this is a big part of your life.”

SEE ALSO: Shirley Is a Sexy, Scary Fire Fueled by Elisabeth Moss and Her Co-Stars

As Shirley opens, a young couple, Fred and Rose Nemser, are traveling to Vermont’s Bennington College, where Fred (Logan Lerman) will work under literary scholar Stanley Hyman (Michael Stuhlbarg). Hyman is married to Shirley Jackson, whose iconic horror story, “The Lottery,” has just been published. Fred and Rose attend a party at the Hyman-Jackson household, where Rose becomes captivated by the writer’s mystique. The couples’ relationship swiftly deepens as Hyman invites Fred and Rose to live with them. Shirley has serious mood swings, he says, and the young couple can receive room and board if Rose agrees to work as their housekeeper.

After some cajoling, Rose tosses aside her own educational ambitions as she takes up Hyman’s offer. She quickly learns that living with and helping Shirley has serious ups and downs. Shirley can be nasty and biting, and her husband is a lech. Yet Rose gets a front-row seat as she watches the writer’s process unfold. Shirley is just beginning her novel Hangsman, which is inspired by the disappearance of a young Bennington student. In Shirley’s mind, the protagonist begins to look just like Rose.

“Even though this film is about a muse/author relationship, it’s also about a woman’s relationship to herself: Shirley and the sides of Shirley’s self that are reflected in this film,” says Decker. “These two different women are also two sides of the same person.” Shirley is captivated by Rose, perhaps, because the younger woman reminds her of a side of herself—a charming, caring and doe-eyed young bride, on the verge of motherhood—that Shirley has abandoned to become a serious writer.

The inequities between artist and muse are far more pronounced in Madeline’s Madeline, which pits a white theater director against Madeline, a young, Black, mentally ill teenager in her cast. In some ways, the set-up mirrors Decker’s own relationship with the film’s star, actor Helena Howard—though the film, its characters and their struggles are fictional. “That movie was really inspired by her,” Decker said. “She’s an amazing, incredible actor.” As she made the film, Decker realized the story she really wanted to tell was about the artistic process and what it’s like to develop projects with actors. Instead of ignoring thorny dynamics, they became the focus of her film.

One of Decker’s greatest feats in both Madeline’s Madeline and Shirley is the way that she heightens the stakes of the creative process. Putting on a play and finishing a novel, then revealing work to other people, become life-or-death conflicts. Decker is interested in how an artist gets inspired, goes through “the painful process” of making creative work, then presents it to others, which in her words is “as utterly terrifying as anything else.” The stakes can feel enormous, said Decker, “when you make work that is personal and explores the deepest questions you have about yourself and touches on your fears of who you are and how you relate to other people.”

As creative tensions heighten in both films, the viewer becomes fearful for the well-being of artists’ muses: While Rose and Madeline are both strong characters, their demons threaten them as they move closer to the artists who need them. Decker relates such considerations of artistic mistreatment to current industry-wide discussions. “How do we stop exploiting these artists that we also revere?” she asks. “How do we make sure there is less of a hierarchy, more of an equal playing field?”

Decker is adamant that marginalized groups should be represented not just on screen, but in the highest creative, executive and financial levels of the film industry. Gender matters too, particularly when filming sensitive content.

“For so long, women have acted out these male fantasies in film and have been asked to do things with their bodies that compromised their spirits,” Decker says. “That was the whole #MeToo movement. How do we put power into women’s hands?”

Shirley is available to stream on Hulu. 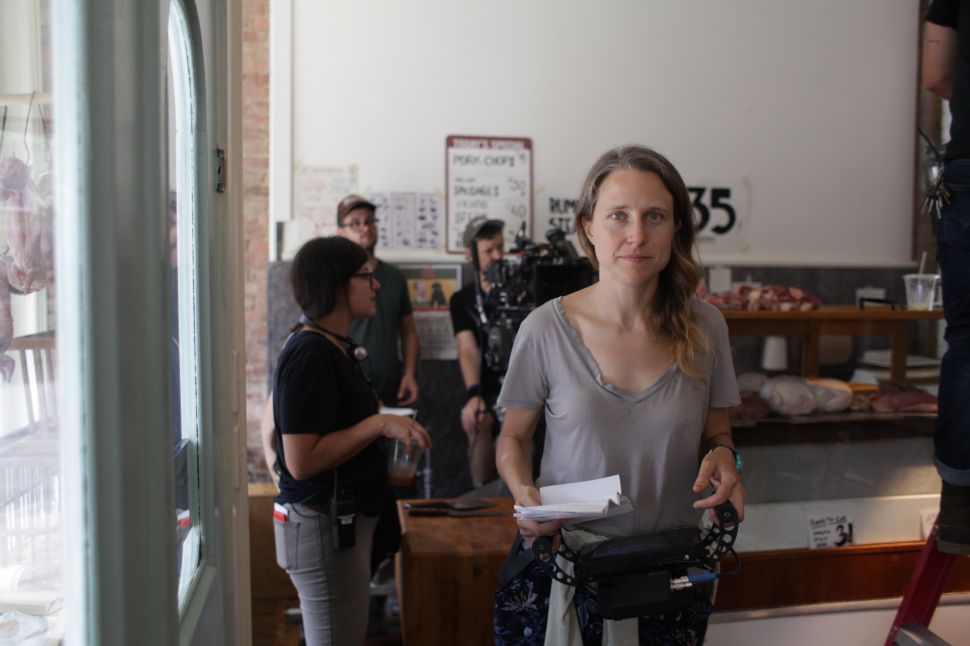