There’s a misconception that Josh Hartnett gave up big studio movies to pursue a career in independent film. The actor, 42, has actually been indie all along, despite breaking out in high-profile movies like The Faculty and Pearl Harbor.

“Everyone assumes I somehow made this decision to move from studio films to independent films, but I was always doing that,” he tells Observer over the phone from Paris, where he is shooting an upcoming HBO mini-series.

“My first couple of films were in the studio system and they were horror—or horror-adjacent,” Hartnett says, recalling being cast in Halloween H20 in 1998. “And then I was offered The Virgin Suicides and that was my introduction to independent film. Being on the set of The Virgin Suicides made me recognize how much you could do with very little funding—and with just the passion of the filmmaker and very dedicated people.”

There have been bigger movies since, he acknowledges, but “That was my introduction to the business and I think I’ve always been chasing that feeling again. Which I have been able to feel again with some of the films I’ve been doing recently.”

One of those recent films is Most Wanted, a high-energy Canadian indie written and directed by Daniel Roby. In the movie, which is based on actual events, Hartnett plays real-life journalist Victor Malarek, who uncovered government corruption in the late ‘80s during an investigation of the arrest of a drug addict. Although Roby first started trying to get the film made in 2006 and approached Hartnett for the role of Malarek five years ago, the themes of corrupt police forces and the importance of truth in the media resonate strongly today.

“The World Wide Web, as much as it’s a fantastic, democratizing presence in a lot of ways, unfortunately puts really great, researched, intelligent opinions on the same level as quackery,” Hartnett notes. “This is an important film not only because of that, but also because it speaks about the concept of speaking truth to power and how sometimes even the journalistic establishment can miss something. It takes the work of dedicated people to find the truth behind things.”

Harnett met with Malarek in Toronto before even being cast, and it was that meeting, along with Roby’s passion for the project, that convinced him to sign on.

“He has a clarity of purpose that not many people have,” the actor says of the real-life Malarek. “Some might say that he’s reckless at times, but he has a gentle side that was written into the script but I felt made him more complicated and more interesting as a character. He was this crusading journalist who always viewed himself as the last chance for truth who had no fear for his own well-being, but was suddenly struck with having to worry about not only himself but his new family. That changed his outlook. I had a lot of conversations with him about it.”

He adds: “Obviously the character is much different than me, but I was going through an experience that was similar at the time in that I was just about to have my first child. So I was drawn in by that experience as well.”

Harnett spent time with Malarek ahead of shooting—and remains in touch with the journalist—but Malarek never came to set, which was purposeful for Hartnett and Roby. While the film is based on true events, some of the details have been compressed or fictionalized for the narrative (including the name of the arrested drug addict), and the actor wanted to be sure he was capturing what was in the script rather than what Malarek remembers.

“Not only was it important to play him honestly, but it was important to play the character in the piece the way the character needed to be played,” Harnett says. “If Victor was there and giving me information on the day about what he was thinking and feeling at the time, that would be a mess. He was aware of that. He had a lot of conversations with Daniel—and Daniel had done a lot of research on Victor through other people. And I’d done my homework on Victor as well so we had a good sense of how we wanted him to be. He told me he liked the film. And we’ll find out in his next book if he really means that.”

It’s the sort of transformative role that allows an actor to dissociate from their usual aesthetic. In the film, Hartnett is almost unrecognizable with his shaggy hair and mustache (which was only partially real). And it’s not that the actor specifically was looking for this sort of project or character. It’s more that he has a willingness to take on movies that don’t box him in.

“When I’m reading scripts I read them with an open mind and look at them for their value in themselves,” he says. “If I set out to try to find a particular type of role for myself, I would be locking myself in to a very small group of films and I might be waiting for a very long time for one to get going.”

He continues: “I’ve made mostly independent films in my career and sometimes they work really well and sometimes they don’t quite get there. And it’s difficult to see the ones that could have been great not quite get over the line, so it makes you elated when something like this comes together and everyone is actually interested in making it as well.”

Not every film I’ve been in has been great, but I’ve been really lucky to have been in a lot of very good, underrated films.

Hartnett feels he’s been fortunate in the past few years to find movies like Most Wanted where he can work with enthusiastic filmmakers who have a singular vision. He points to 2017’s Oh Lucy! and this year’s Inherit the Viper as more examples of projects that allowed him to thrive in that independent system. He recently wrapped Cash Truck, a film with Guy Ritchie, another filmmaker he admires, and is now in Paris filming a four-part HBO series with Raoul Peck (I Am Not Your Negro).

“Not every film I’ve been in has been great, but I’ve been really lucky to have been in a lot of very good, underrated films,” the actor says. “Having a small budget and no time sometimes produces something that you can’t get anywhere else. There are some directors who I admire greatly, like Taika Waititi or Guy Ritchie, who have moved into the studio system and have somehow maintained their extraordinarily independent voice.”

Ultimately, he says, he’d prefer the uncertainty of lower budgets and independent work, to the blockbusters that defined his career breakout. “It’s just the concept of film made by committee that scares me,” he says. On smaller projects, “No one is saying, ‘This is a huge investment and that character can’t chew gum or they can’t say those words in this order because that could alienate part of the audience.’”

His newest film doesn’t fall in that category. “I just found out early in my career that I enjoy the process of being on a set with someone who treats the film like an auteur would,” he says. “I feel lucky to have had Daniel bring this to me.”

Most Wanted opens in theaters and on demand July 24. 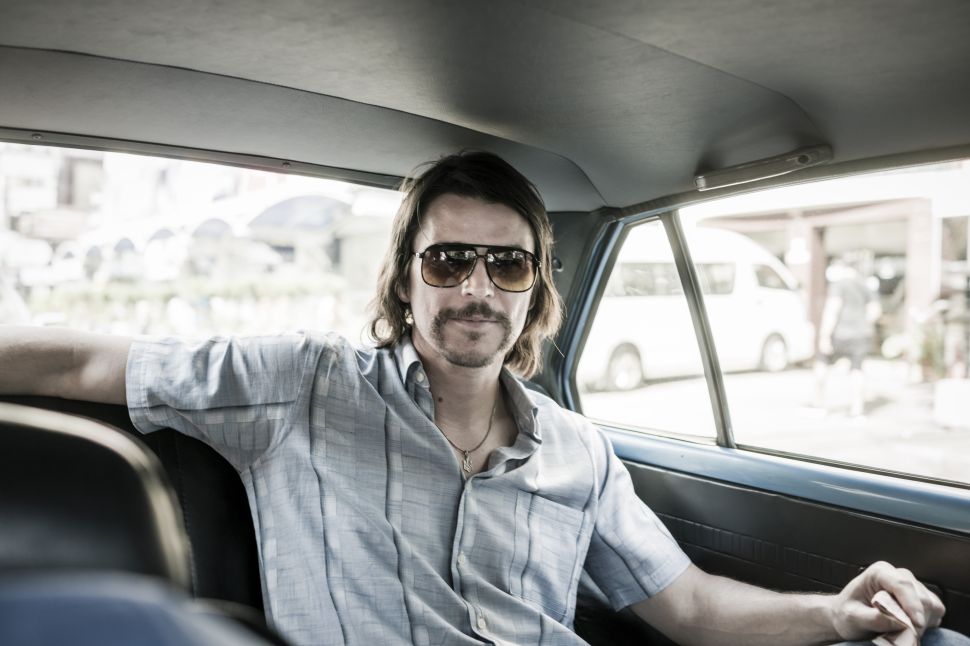