COVID-19 has decimated the performing arts worldwide with opera houses across the United States canceling most performances until January 2021. In Europe recently, however, companies have been taking bold steps toward bringing back live opera with the most advanced and innovative approach currently on view at Madrid’s Teatro Real. Last week La Traviata opened for a month-long run incorporating a dizzying array of precautions devoted to keeping everyone healthy during the devastating pandemic.

As it deals with disease and death, one might have wondered if Madrid tapped Verdi’s 1853 classic as a mirror to today, but in fact the work had long been scheduled. Many were surprised when the Real rescheduled 27 performances and announced the extraordinary measures it would be putting in place to make them possible. Rather than an abridged, stripped-down version of the opera like the Don Carlo that Dresden’s Semper Oper produced last month with Anna Netrebko, Madrid is producing the full-length Traviata with the full orchestra and chorus everyone is used to.

Theater capacity has been reduced by half, with roughly 870 seats available. Though the orchestra would number slightly fewer normally, the pit was enlarged to allow for necessary spacing between musicians who no longer share music stands. String-players and percussionists perform masked and large acrylic barriers were erected to shield both the conductor, Nicola Luisotti, as well as the necessarily unmasked brass and wind players.

While next month’s Salzburg Festival will be proceeding on a reduced schedule, it has mandated that all presentations will occur without intermissions—even Mozart’s nearly three-hour Così fan tutte—in order to reduce audience interactions. Madrid has chosen to retain one intermission for Traviata but has neatly increased the number of ushers and bars while instructing each audience member to hew to a prescribed route to access her assigned bathroom.

On short notice, the Real assembled four impressive alternating casts (though minus the previously announced Placido Domingo) and three top international stars generously shared some reflections with Observer. Neither Latvian soprano Marina Rebeka nor American tenor Michael Fabiano who headed the opening night cast as ill-fated lovers Violetta and Alfredo hesitated to agree to perform. Rebeka offered that after months of inactivity “nothing can be so beautiful and so fulfilling as singing La Traviata on the stage to a live audience.” Fabiano concurred and was particularly impressed by the opera house’s “incredible mitigation strategies.”

Longtime Metropolitan Opera tenor Matthew Polenzani, who is also singing Alfredo, initially had reservations about venturing to Spain, which had been hard hit by COVID-19. But now he says, “watching what’s going on in America makes me think I’m much safer here than I would be at home. Walking around with a mask on backstage while waiting to go on is weird too, but for now, it seems like it will be the new normal.” All three were unstinting in their praise of the Spanish house’s rigorous response to the virus, which has reportedly cost in excess of 300,000 euros.

Adapted from a novel by Alexandre Dumas fils, Traviata tells the story of an ailing courtesan who falls in love with a younger man, whom she is pressured by his father to abandon due to her scandalous past. It was originally to have been given in Madrid in a revised version of Willy Decker’s famed harsh contemporary staging but that plan proved unfeasible so Leo Castaldi instead devised a spare reimagining that uses the necessary social distancing to emphasize Violetta’s illness and its resulting isolation. Each principal’s movements are strictly limited to within a roughly two-meter square box, which has been starkly marked on the stage floor.

Nicholas Muni’s controversial 1991 New York City Opera production of Traviata confronted a health crisis of its day by setting the opera’s tragic final act in an AIDS ward, Though its costumes and props evoke the mid-20th century, Castaldi’s staging also inevitably summons contemporary resonances and those influenced the interpretation by Rebeka, a veteran Violetta who headlines a new studio recording on Prima Classic of the beloved opera.

She reflected that “dying in the third act is much more intense, as the sickness has the same symptoms as COVID-19, so suffocation, pain, agony, fever—all this must be present and real.”  While Polenzani admitted that the spacing initially made it “difficult in showing how deeply they’ve fallen for each other in the first scene, and how badly they want to be together,” the enforced social distancing adds a stabbing poignancy for Fabiano who would ordinarily rush to embrace his dying lover, but “when I see Violetta at the end, she raises her hands to keep me away! It’s gut wrenching.”

All agreed that the intense challenges have been worth it. Being away involuntarily from performing for months has been frustrating and scary, but the response from Madrid audiences so far has been exhilarating. As Polenzani put it “their warmth, despite the smaller numbers of people, was easy to feel on the stage.” Fabiano who founded ArtSmart, an organization which provides free voice lessons and music mentoring for young people throughout the US, found this first step back to staged opera energizing: “The Arts in America shouldn’t stop. Implement clear health protocols. Give people confidence. Lead by example. Get creative and dynamic. Have gumption. We can do it.”

These singers make a compelling case for restarting opera but will audiences worldwide be willing, for example, to wear masks for the entire time they are in the opera house? Can struggling opera companies afford to play to half-empty theaters while shelling out for the extensive changes needed to keep everyone safe? We will see! 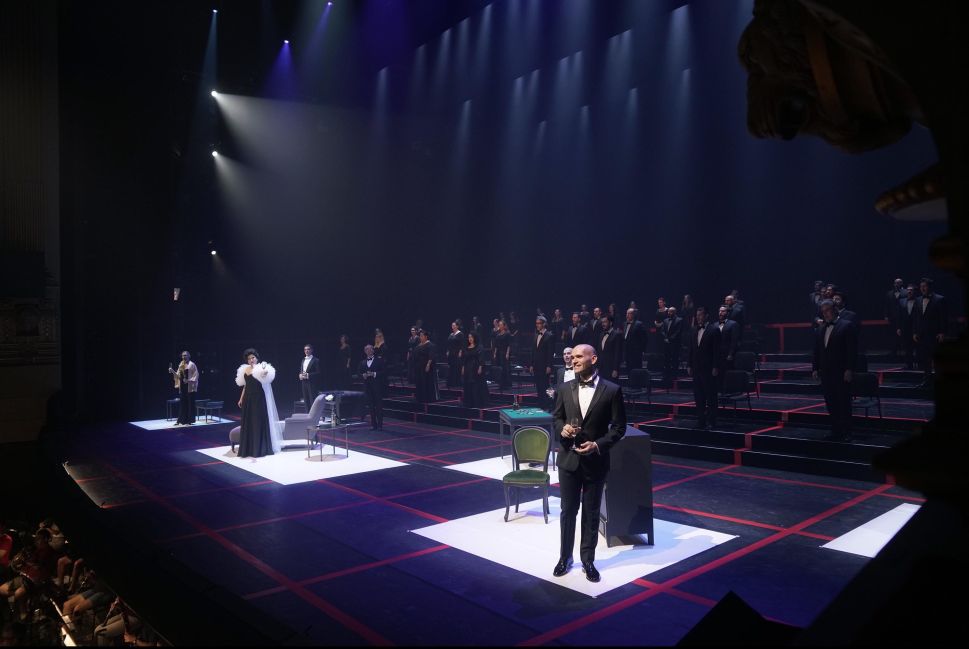