As the race to conquer Mars intensifies among countries on Earth, the space route to the Red Planet is getting increasingly busy. This month alone, three countries are sending up Mars probes, taking advantage of the rare launch window. (Miss this opportunity, and you have to wait 26 months for the planets to be properly aligned again.)

The Hope mission, officially known as the Emirates Mars Mission, is part of the Emirati government’s grand plan to transition the country’s oil-centric economy to a more knowledge-based one. If all goes according to the schedule, the Hope probe will arrive in Mars orbit in early 2021 and then study the Red Planet on a weekly orbit for at least one Mars year, which is roughly equivalent to two Earth years.

This coming Thursday, China is expected to launch its own Mars mission as well, which features an orbiter, lander and rover. The mission, called Tianwen-1 (meaning “heavenly questions”), is China’s first fully homegrown interplanetary exploration effort. Few details about the mission are made public. The rover reportedly has ground-penetrating radar designed to look for evidence of underground .

A Long March-5 rocket carrying the Mars probe was set up at its  launch pad at the Wenchang Space Launch Center in south China’s Hainan Province on Friday.

“The coming launching mission has been highly recognized and supported by the international community,” Ge Xiaochun, chief engineer at the China National Space Administration, said on China’s national television last week. “The vertical transport of the rocket to the launching area has shown that we have made good preparations for the launching mission. We will stick to the strict and careful working attitude in the coming days.”

Then later this month, on July 30, NASA will launch its life-hunting Perseverance rover, making it the 11th Mars probe sent by the U.S.

The six-wheel rover is aiming for Jezero crater, a spot on Mars that scientists believe was once a lake where microbes could have lived. The mission is carrying a small camera-equipped helicopter that could be useful for exploring the landing site and identifying interesting spots for the rover to visit.

If the Perseverance rover detects carbon and sees a pattern in a rock that could have been left behind by life, it will collect those rock samples and put them in a container for a future mission to bring back to Earth.

If all goes well, the Perseverance rover will land on February 18, 2021. You can watch the launch event on NASA’s official site or its YouTube channel. 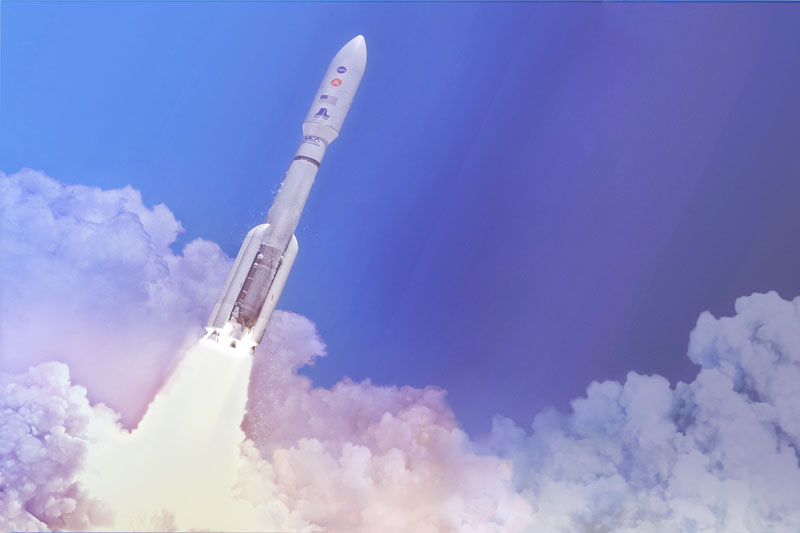