NBA champion LeBron James is expanding his Los Angeles real estate portfolio. There have been rumors about the Lakers star perusing new homes on the West Coast, but it seems that he’s made up his mind.

James is reportedly in contract to purchase a sprawling Beverly Hills mansion, according to The Real Deal. The 2.5-acre estate, located off of Benedict Canyon, is currently listed for a costly $39 million, though it’s not clear how much James is actually paying for the residence.

The 9,146-acre home comes with a Hollywood pedigree, as it was last owned by late soap opera creators William J. Bell and Lee Phillip Bell, who were behind shows like The Bold and the Beautiful and The Young and the Restless. William Bell passed away in 2005, and his wife continued to live at this Beverly Hills estate until her death earlier this year.

The main house is composed of four-bedrooms and six-and-a-half bathrooms, and features multiple entertaining spaces, including a living room with exposed wood pitched ceilings and a fireplace. There’s a skylight and an indoor fountain fixture in the dining area.

There’s also a library with built-in shelves, and a plush screening room with another fireplace; there are a total of seven fireplaces throughout the house.

Elsewhere on the property, there are two separate, detached guest houses, in addition to a pool house with two bathrooms. Aside from a pool and lounging deck area, there’s also a lighted tennis court and pavilion.

James already owns two palatial homes in Los Angeles, both in the Brentwood area. He paid $21 million for a Brentwood Park abode in 2015, and then in 2017, he doled out $23 million for a 15,846-square-foot house less than two miles away in Brentwood. 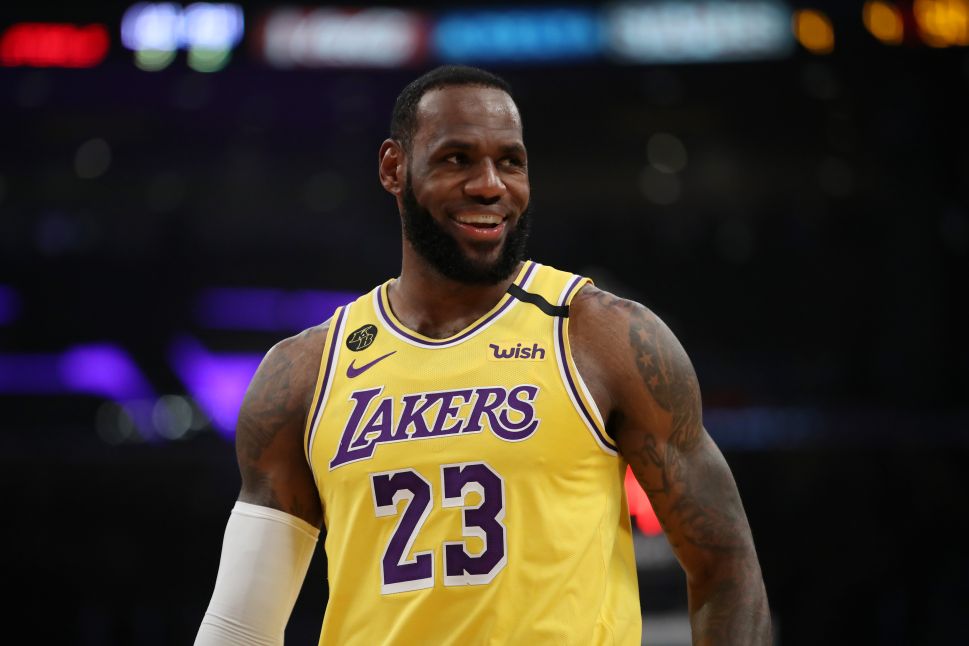