As American baseball games finally begin to start back up again, stadium seats are beginning to be filled with cardboard cutouts in lieu of actual fans; this is just one vivid example of how passionately and weirdly this nation loves sports. If you need another example, look no further than Sotheby’s new online auction sales series From the Archive, which is running from July 20 to 24. The auction is highlighting a roster of incredible athletic and fashion memorabilia, including an autographed Michael Jordan jersey from his first season with the Wizards, rare are Nike ‘Jedi’ dunks and prototype Nike Air Yeezys. 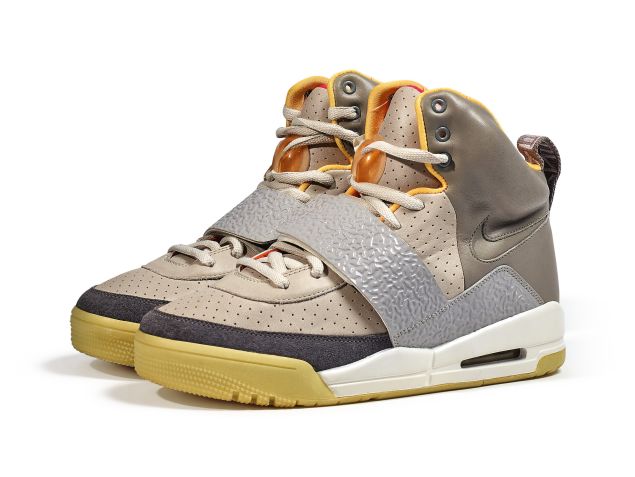 However, the centerpiece of the auction is undoubtedly LeBron James’s authentic “King James” 2013-2014 Miami Heat Jersey, which is the garment that the basketball superstar wore the first time he displayed this iconic moniker on the court. This debut was made during the now-famous “Nickname Game” wherein basketball superstars showed up wearing jerseys that bore their nicknames rather than their actual names. The James jersey, which is visually striking as well as culturally iconic, is anticipated to sell for an estimated $150,000-$200,000. It also represents the auction house’s most significant investment in the sale of pop culture memorabilia since the success of its auction of Nike Air Jordan 1s in May, which went $560,000, setting a new auction record for Sotheby’s.

Prototype sneakers and signed jerseys are certainly dissimilar from contemporary sculpture or oil canvases, but the fact that these items are clearly in such high demand clearly doesn’t diminish their value in the slightest. Just last year, collector Miles Nadal scooped up a roster of rare sneakers for a staggering sum of $1,200,000, which is further evidence that the trend of high-octane sneaker and memorabilia auctions won’t be going away anytime soon.