On several different levels, one of the most disappointing things to happen this year has been the postponement of the 2020 Summer Olympics. Fortunately, on July 30, the first U.S. Olympic and Paralympic Museum is set to safely open in Colorado Springs, offering a degree of saturation in Olympic history and splendor that’s sure to be a balm for all who’re able to attend. The exhibition that will launch the new museum is a showcase of artwork made by LeRoy Neiman, who served as the official painter of five Olympic games spanning from 1972 to 2010. Neiman’s style, which is instantly recognizable, is defined by its vivid fluidity and extraordinary colors.

SEE ALSO: The Met Museum Will Reopen in August at a Quarter of Its Regular Capacity

Neiman’s background as an illustrator is just as fascinating as the work he creates: after a stint of service in World War II, where he painted stage sets and worked as a cook, Neiman went on to study at the Art Institute of Chicago and was eventually recruited as a pin-up illustrator for Playboy magazine. From there, he went on to prolifically cover the Olympic games and render everyone from Joe Namath to Muhammad Ali in his signature bright colors.

“LeRoy didn’t just paint a competition, he painted the buzz surrounding it,” the museum’s CEO Christopher Liedel said in a statement. “He painted the stakes, and the grandeur of the moment. He painted the ways people come together. And that’s what we think the U.S. Olympic & Paralympic represents. Sports have the power to unit and adding Neiman’s collection to the Museum was a natural fit.”

Ultimately, Neiman’s work serves as an example of how capturing the energy of the moment is just as important as rendering what happened realistically when creating sports imagery. During a time in which most athletic activity and collaborative sport has been deemed unsafe, his work serves as a reminder of how joyous exertion can be. 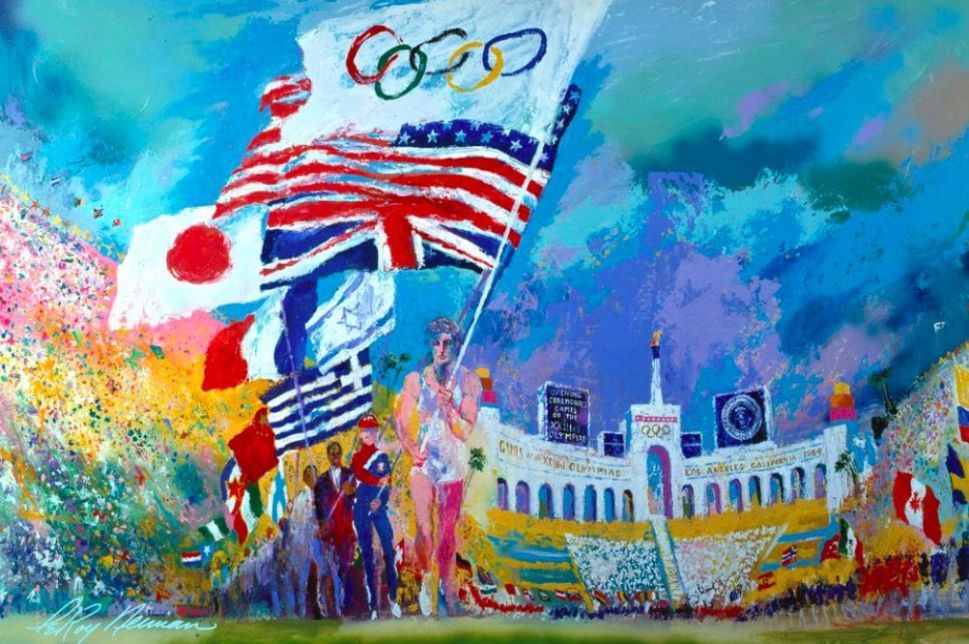