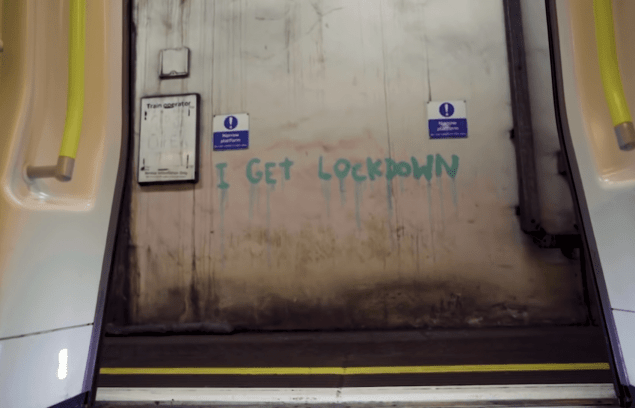 Banksy’s latest work of graffiti art was promptly removed from the London underground. The Telegraph / YouTube

Since global coronavirus lockdowns first began, elusive graffiti artist Banksy has been busy painting tributes to hospital workers in the UK and creating quirky send-ups of what it feels like to be trapped during one’s home in quarantine. With his most recent project, however, Banksy appears to be actively supporting a government initiative, rather than poking fun at the powers that be. A day ago, Banksy posted footage of himself on Instagram tagging a London underground subway car with masked rats and the message “I get lockdown, but I get up again;” both a reference to the Chumbawamba song and to new legislation in England that will soon require all shoppers to wear face coverings.

However, soon after Banksy tagged the subway car, reports emerged that cleaners had promptly removed Banksy’s designs from the underground. “We appreciate the sentiment of encouraging people to wear face coverings, which the vast majority of customers on our transport network are doing,” a spokesperson for Transport for London told the Evening Standard. “In this particular case, the work was removed some days ago due to our strict anti-graffiti policy. We’d like to offer Banksy the chance to do a new version of his message for our customers in a suitable location.”

SEE ALSO: Banksy Is No Stranger to Using the American Flag as a Symbol Within His Work

The fact that Banksy is being actively invited by a U.K. governmental organization to create graffiti tags in a “suitable location” is a vivid example of the artist’s climb towards institutional acceptance throughout the span of his career. Plus, it helps that Banksy’s masked graffiti rats are part of sentiment that everyone in their right mind can get behind during a pandemic. If you could slow down the spread of the coronavirus through one small act, wouldn’t you elect to do so every day? 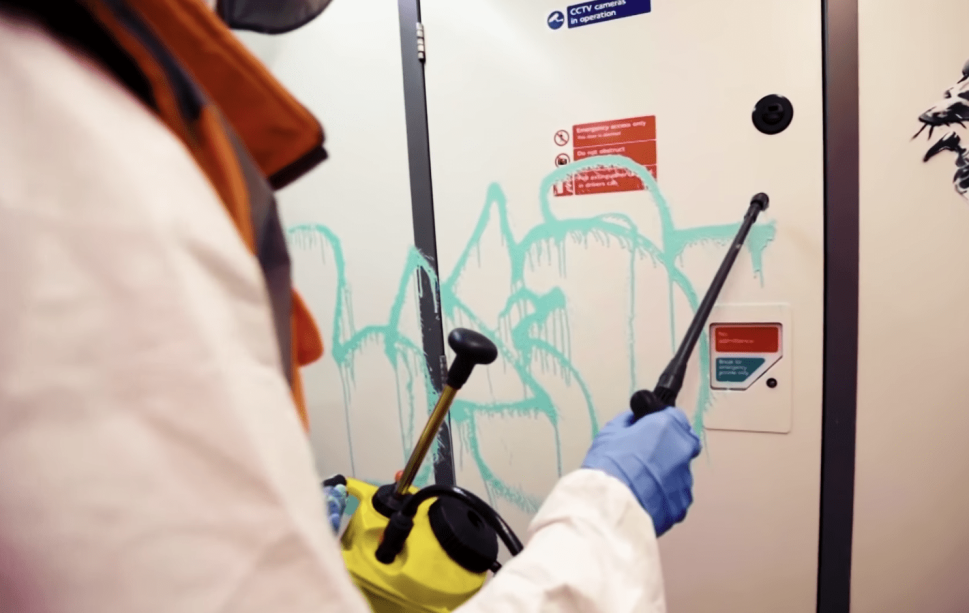