The Duchess of Sussex is making a big virtual appearance next week. Meghan Markle is speaking at the Girl Up Leadership Summit, a three-day digital event that brings together female leaders and changemakers from all around the world, with a commitment to gender equality.

The Duchess of Sussex is a keynote speaker, and she’s in very good company. Former first lady Michelle Obama is also delivering a special message, and Sheryl Sandberg is giving a talk on equality and female empowerment. Meghan’s longtime pal Priyanka Chopra is doing a Q & A at the virtual event, which takes place from July 13 to 15.

Meghan will be giving advice for global girl leaders, per Girl Up’s recent tweet announcing the Duchess of Sussex’s appearance.

The UN Foundation launched Girl Up in 2010. It’s a leadership initiative that has worked with 65,000 girls in nearly 20 countries and all 50 United States; it works to empower young women to transform themselves, their communities and the world, and help young female leaders defend gender equality. It’s a movement to help advance female skills, rights and opportunities to be leaders.

The present is female! 💫 But don’t take our word for it. Hear Meghan Markle, The Duchess of Sussex’s advice for global girls leaders when she takes the stage at our @GirlUp Leadership Summit, happening virtually July 13-15! Register here 🎟: https://t.co/YZT6jBf6Uc #GirlsLead20

The event is a perfect fit for the Duchess of Sussex, as Meghan has often spoken of how important feminism is to her and is a longtime proponent of gender equality.

This is one of Meghan’s first big public engagements since she and Prince Harry stepped down as senior royals and relocated to Los Angeles in March; while the Duke and Duchess of Sussex have both kept busy and been supporting important causes via Zoom calls, as well as released pre-recorded videos, this is the first that’s been announced and publicized beforehand. 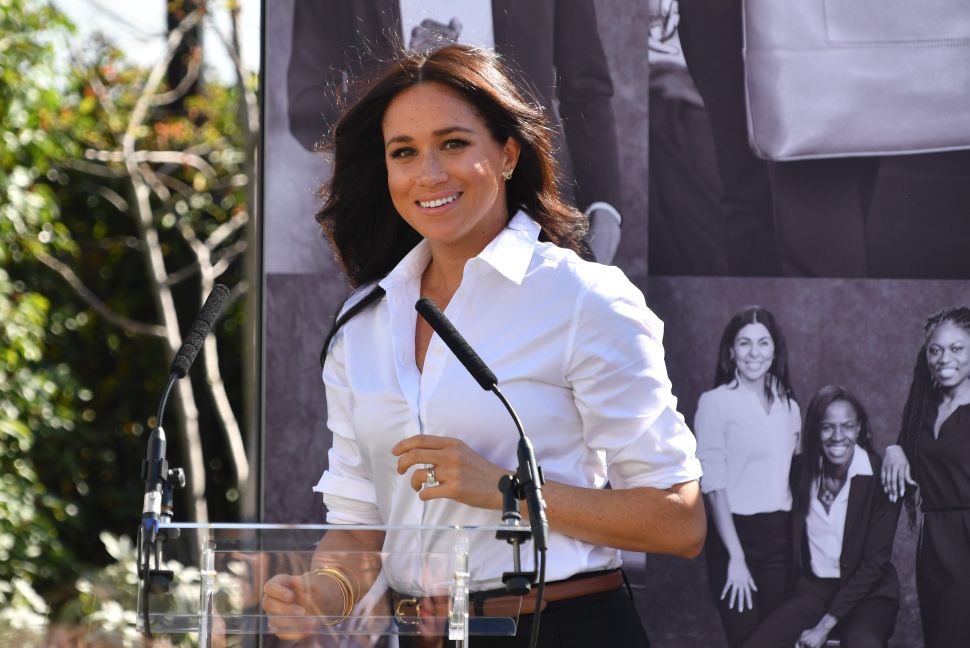