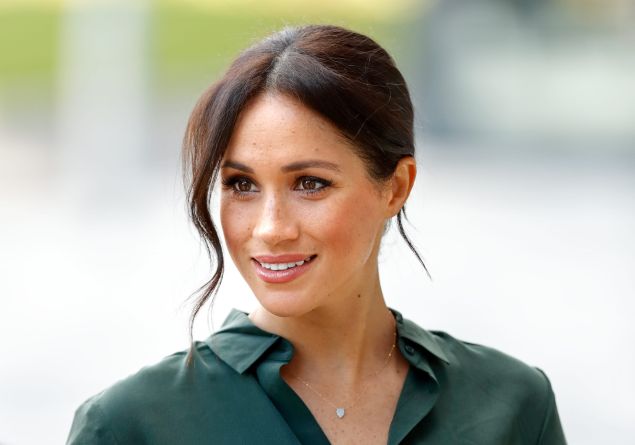 Meghan Markle has struggled with the royal family’s strict rules over the press from the beginning. Max Mumby/Indigo/Getty Images

Even before Meghan Markle officially became a member of the royal family, she found herself at odds with the Palace’s strict rules and ways of handling the press, which she felt were rather constricting and impossible to please.

Back in December 2016, when news had only recently gotten out about Prince Harry and Meghan’s relationship, the then-Suits actress was photographed wearing a (very pretty!) 14-carat gold Maya Brenner necklace with the initials “H” and “M.” 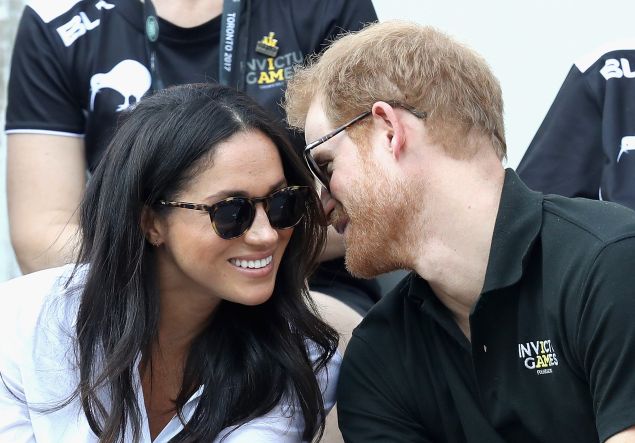 According to an excerpt in People from Omid Scobie and Carolyn Durand’s new book, Finding Freedom: Harry and Meghan and the Making of the Modern Royal Family, Palace aides were annoyed about the extra attention the photos garnered, and let Meghan know.

A senior Kensington Palace aide spoke with Meghan, and told her that wearing the necklace “only served to encourage the photographers to keep pursing such images—and new headlines.” They also told her not to smile at the paparazzi, which they claimed would egg on the photogs.

Meghan “said little during the call, choosing instead to simply listen to the counsel. But after hanging up, she felt frustrated and emotional,” per Finding Freedom, and it was an early realization of how the Palace handled things. For Meghan, having someone from her new boyfriend’s office “tell her what kind of jewelry to wear or not to smile at a photographer was too much.”

Meghan called a friend afterwards, and explained how she felt she couldn’t win with the Palace, as while mere days earlier, she was being blamed for looking “miserable” in photos because she was told to ignore the photogs, she was now being blamed for the new, smiling photos because it “looks like I’m encouraging them, that me even acknowledging the cameras may not be sending the right message. I don’t know what to say.” 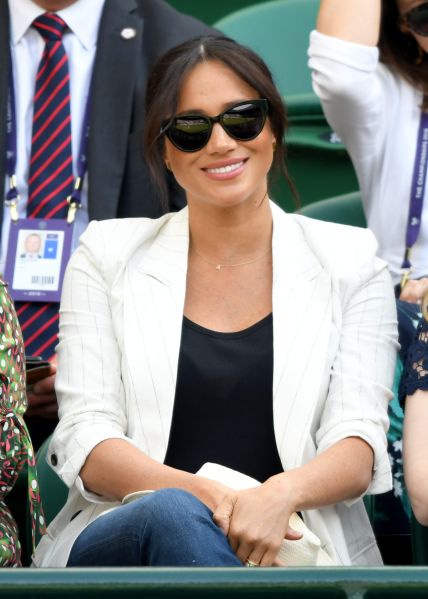 Meghan wore a similar initial necklace, with an “A” for Archie, to Wimbledon last year. Karwai Tang/Getty Images

After Meghan married Prince Harry and became the Duchess of Sussex, she still struggled with the Palace’s traditional ways of handling the press. The Duchess is currently in the midst of a lawsuit against Associated Newspapers, and in recent documents filed for the court case, she revealed she felt silenced and unprotected by the royal family during her pregnancy with Archie.

Prince Harry and Meghan are now living in Los Angeles, where they relocated after stepping down from their royal roles earlier this year. They’re still having issues with paparazzi, and the Sussexes recently filed another lawsuit over photos taken of their son, Archie, at their Beverly Hills home. 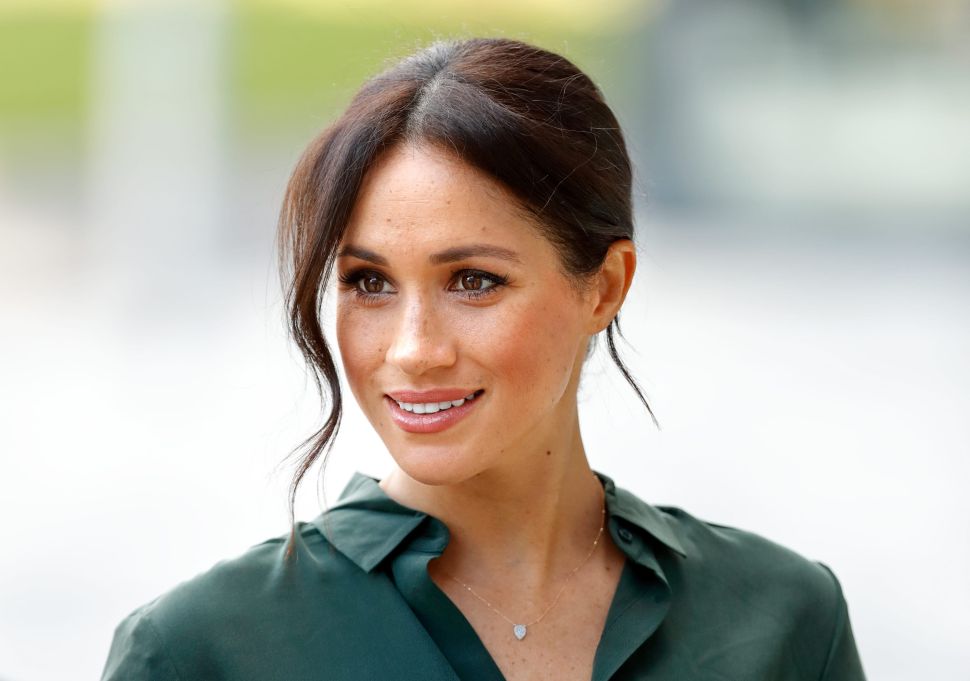