If there is one star of 2020, it has to be Michaela Coel. The Ghanaian-British actress and writer’s latest series I May Destroy You, her groundbreaking HBO and BBC show, which explores rape, its after-effects, drug abuse, long distance relationships, social media, dating apps and pizza.

It feels like pre-COVID-19 life for some of us. But on this journey, it resonates because it’s something she wrote, starred in, co-directed and co-executive produced, and basically, had control over telling. A bit like Trainspotting for millennials, it starts off as a neon-hued romp through London’s raucous nightlife, as Coel acts as Arabella, a Twitter star turned book author who struggles to meet her deadlines. One night, she parties on an all-night bender which turns into a nightmare after her drink is spiked and she’s raped, only piecing together the clues the next morning. It sets off a long-winded labyrinthine narrative about consent, social media, youth culture and speaking up, without being exploited by the media she uses to tell her story.

Coel came into the spotlight in 2013, starring and writing in her own play, Chewing Gum Dreams, which went on to become a British (channel E4) sitcom in 2015, and just as she was about to premiere with Netflix, she turned down a $1m deal after they denied her the copyright of her work (though she still starred in Netflix originals, like in Black Mirror, Black Earth Rising and Been So Long). Coel spoke on Zoom from her home in London about Instagram addictions, her favorite podcasts and why she keeps messing up—and rising from it.

Observer: How do you feel about the success of the show?
Michaela Coel: It’s a lot. Sometimes I cry tears of joy. When I read E. Alex Jung’s cover story about me in Vulture, I was destroyed. It was a lot. Its been overwhelming, beautiful, a head spin. It’s been touching. I feel, even though it sounds like a cliché word, I feel grateful. Honored to have been able to present this to people at this time.

It didn’t just show up on a silver platter, you went through a lot professionally and personally to get to this point. How does it feel to finally be treated fairly in your collaboration with BBC and HBO?
It feels wonderful and happy about every choice I’ve made because it taught me a lot. I am grateful to have worked with Sam Miller, to see how he has run the show. He is so calm, mannered, measured, I never saw him stressed. He would laugh because he was so focused on the story. He was never tired or sleeping on the job. He blows my mind. I wanted to do it like him. I’m so lucky. To be where I am right now.

I always think about this: What legacy do you want to leave behind?

How much of what we see onscreen is actually you?
The lucky thing is that I created a fictional character, so I didn’t have to play myself. It would have been really weird to play myself. That would have really tripped me out. I’m bending the rules of reality and fiction enough as it is, it would have been weird. Though we merged so much, there are little rules in place that remind me of what’s separate.

If it’s based on a true story, have the people represented in the show seen it yet?
I worked with story consultants, and we were transparent about that. Most of it is fiction. Even those characters are an amalgamation of five different people. Arabella is a mix of five people, or so. Family members are mixes of people, too. So are the friends. Its not really based on anyone.

Are you a big podcaster, in real life? (Arabella listening to a podcast is a pivotal moment in I May Destroy You.)
Oh yes. I listen to the Happiness Lab, Hidden Brain, recently under lockdown, I have really enjoyed the Rabbit Hole. I also love 99 Cent Invisible, Science Verses, Esther Perel’s Where Should We Begin. I’m really into podcasts…. My algorithms on my podcasts are working really well for me, so yes. They give me diversity, intrigue, they give me what I need.

As a millennial and a digital native, are you big into social media?
I have definitely been that person, oh yeah. I think what was lucky for me is that I had to write this show. I realized I was struggling to focus on my work and finishing my projects. It became clear to me if I was going to do this project, I would have to separate myself from social media and leave. I deleted the Instagram app and found myself picking up my phone and scrolling, and I thought, My body is looking for the app that is no longer on my screen. It had gotten into my physical muscle and got into me. I am a human, I haven’t always had this. We must stop and look at what the hell that is. It’s a subconscious search. My brain hurts. I wanted to have a relationship with my phone where I am the dictator of it, not the other way around. I had a great time on social media, and I had a great time on it, but like drugs, you have to moderate it.

You’ve said before that “TV is unforgiving,” do you still feel that way?
I wonder if it’s an element of forgiving yourself. TV can feel unforgiving when you’re engaging in how people feel about you. But you can also release that and do whatever you want with yourself. Stop engaging, really. The feedback beyond your team, which is your scriptwriters, your executive producers, that’s where the work is. Beyond that, just do you and don’t even look for forgiveness on TV. Stop looking there.

How did you learn to forgive yourself?
I think it’s a daily process. I fuck up and rise, I fuck up and I rise, over and over again.

This interview has been edited for clarity. 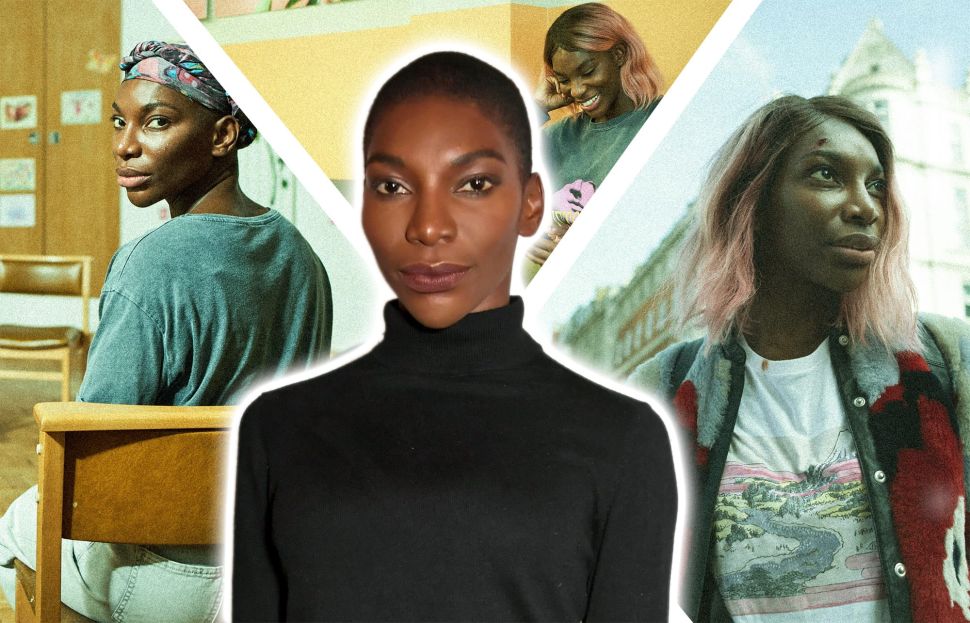