Miley Cyrus is returning to Hidden Hills. The actress and singer has scooped up a new home in the Kardashian-loved area.

Cyrus paid just over $4.95 million for the six-bedroom, 4.5-bathroom home in an off-market deal, per records first spotted by the Los Angeles Times. Cyrus, who purchased the home from actor Scott Baio’s brother, Steven, used a trust to complete the transaction.

The eat-in kitchen is fitted with stainless steel appliances, white cabinetry, grey marble countertops and a big center island, as well as a breakfast area. It’s open to a family room with a fireplace, as well as a Mercury-glass bar and wine fridge.

Elsewhere in the house, there’s a separate dining area and a home movie theater.

The owner’s suite contains a fireplace, walk-in closet and a private balcony, as well as a bathroom with double sinks, a vanity, soaking tub and separate steam shower.

Outside on the 1.18-acre estate, there’s a pool and spa, a fire pit and a sunken barbecue and bar area, with lots of al fresco dining nooks.

It’s not clear if Cyrus, who announced her split from Liam Hemsworth last year, plans on using her new home as her main residence, but earlier this year, she did sell her Malibu home. Cyrus, who is now dating Cody Simpson, still owns a Studio City property that she purchased back in 2011, and she also maintains a sprawling Tennessee farm.

Cyrus is already familiar with this particular area, as she previously owned an equestrian-style property in Hidden Hills, which she sold in 2018. The 5.5-acre estate was subsequently razed and is now pretty much just a plot of empty land. It recently sold once again, to none other than Kylie Jenner, who doled out $15 million for the estate. 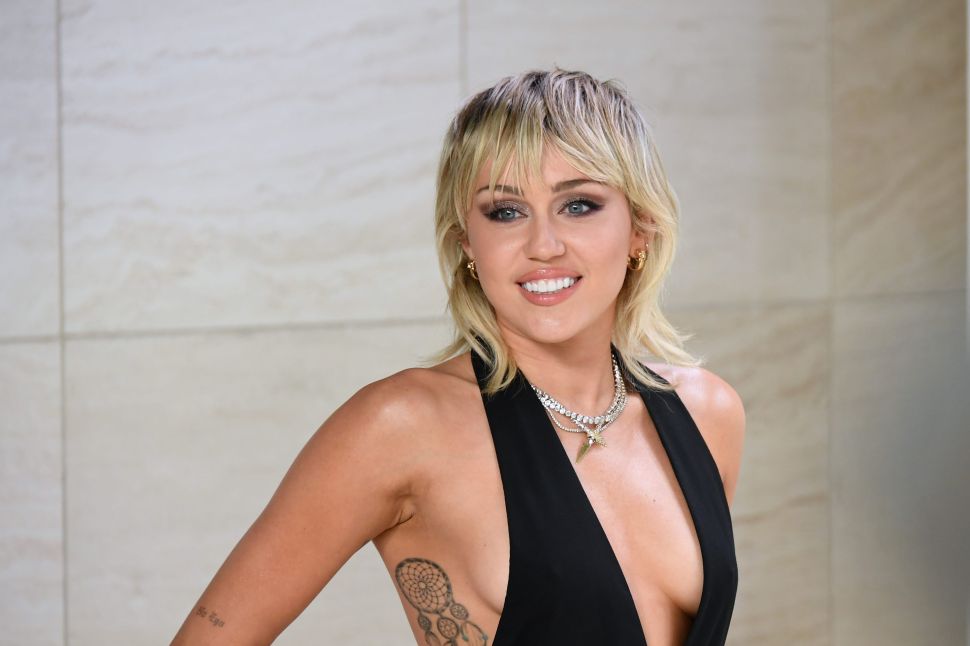