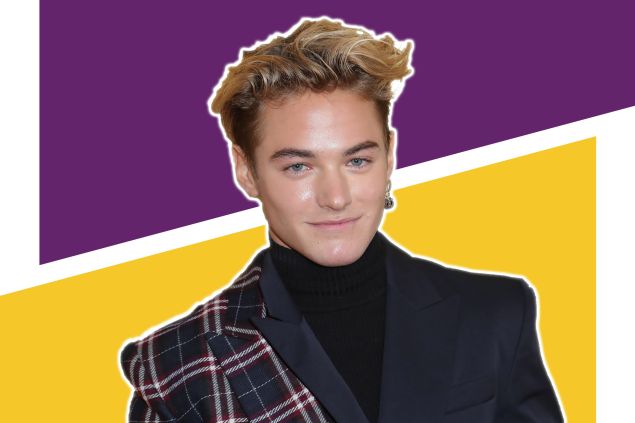 Mitchell Hoog will star in the upcoming reboot of Saved by the Bell, a reimagining he describes as “more of an adult comedy” about a high school’s culture clash. Leon Bennett/WireImage/Getty Images

Mitchell Hoog is very much aware of his whiteness.

“I can’t ignore the fact that I am the epitome in some sense of what has eroded so many things,” the blond-haired-and-blued-eyed 21-year-old actor says over the phone while discussing the current wave of race-related protests across the country. “Let’s talk about this, let’s build on this conversation: what can we do as white people to not continue this horrible thing that keeps happening over and over and over again?”

Joining that conversation while understanding what exactly being a white American man has meant throughout history was a big part of Hoog’s role in Harriet, the 2019 feature film about Harriet Tubman’s escape from slavery and her efforts at liberation starring Cynthia Erivo, Janelle Monáe and Leslie Odom Jr., among others.

“I’m so deeply grateful that I got that experience because I was around artists that I look up to and I did learn a lot from them,” he says. “As artists in a society, I truly believe that we set the precedent for people to see and be exposed to things. I think that [the current protests] have given everybody who is an artist, an actor, a painter, a musician, new purpose in some sense.”

SEE ALSO: How Atkins Estimond of ‘Hightown’ Sees BLM and ‘Defund the Police’

That understanding of the power of entertainment to help shape human thought, provoke conversations and affect a public’s mood is a quality that Hoog likely also brought on the set of the Peacock reboot of ‘90s TV show Saved by the Bell.

Although it will deal with more lighthearted topics overall, the revival will also touch upon the subject of human differences. Starring as Mac, Zack Morris’ son, Hoog describes the new series—which has yet to earn an official premiere date given COVID-19-related delays in production—as nothing like the original. “It’s definitely more of an adult comedy,” he says.

Structurally speaking, the reboot will be shot in single-cam instead of multicam and won’t feature a live audience or a laugh track. The plotlines will be more intense as well: now the governor of California, Zack Morris (an older Mark-Paul Gosselaar) is forced to close a slew of low-income high schools, a move that pushes students from a diversity of backgrounds to enroll in Bayside High. As a result, kids already frequenting the high school—including Hoog’s character—are “exposed to something outside of the bubble they were raised in,” explains the actor. “It brings up a narrative of privilege and the whole dynamic of growing up and getting to a school where there are new people.”

One thing that will remain the same as the 1989 sitcom? Part of its cast. In addition to Gosselaar, Tiffani Thiessen, Elizabeth Berkley and Mario Lopez are set to reprise their original roles as, respectively, Kelly Kapowski, Jessie Spano and A.C. Slater.

The magnitude of acting alongside the ‘90s stars isn’t lost on Hoog, who mentions the older actors’ welcoming disposition on set. “Mario gave me a good tip,” reveals Hoog. “He said that no project is the end-all, be-all. He told me to put my whole being into whatever I’m doing without stressing about where I’ll go after because if you focus on one project wholeheartedly, it’ll all fall into place. That really eased my mind.”

Yet Hoog’s future looks pretty packed already. In addition to two yet-to-be-announced feature film roles that he’s excited about, the actor has also written, produced and starred in After Masks, a five-part anthology film about the world during the coronavirus pandemic. “I believe we need content that is relative to the times to guide everybody through it,” he says. “There are a lot of end-of-the-world movies, but the goal here is to touch on what happens internally with each human, it touches on the grief in isolation and in solitude [as opposed to] the actual pandemic going on.”

If Hoog sounds mature for his age, that’s because he is (“My parents always say that I’m 20 going on 80. I’m a very old soul”)—a fact exemplified by a relatively nimble pivot into acting following a previous devotion to snowboarding. Born and raised in Colorado, the actor was planning on going pro until, at the age of 17, he realized he had to stop after incurring a series of concussions. “I kind of figured out that my body had a limit,” he remembers.

Hoog remains just as clear-eyed while discussing the protests currently taking over the country, envisioning his role within them and beyond. “What we do does matter and the content we put out does matter,” he says. “People being exposed to [certain] kinds of stories are also being exposed to systematic racism and I think it’s such an important thing to do.” For his part, he vows to continue educating himself on the topic, also selecting material that will showcase his acting chops while, hopefully, changing the world for the better. 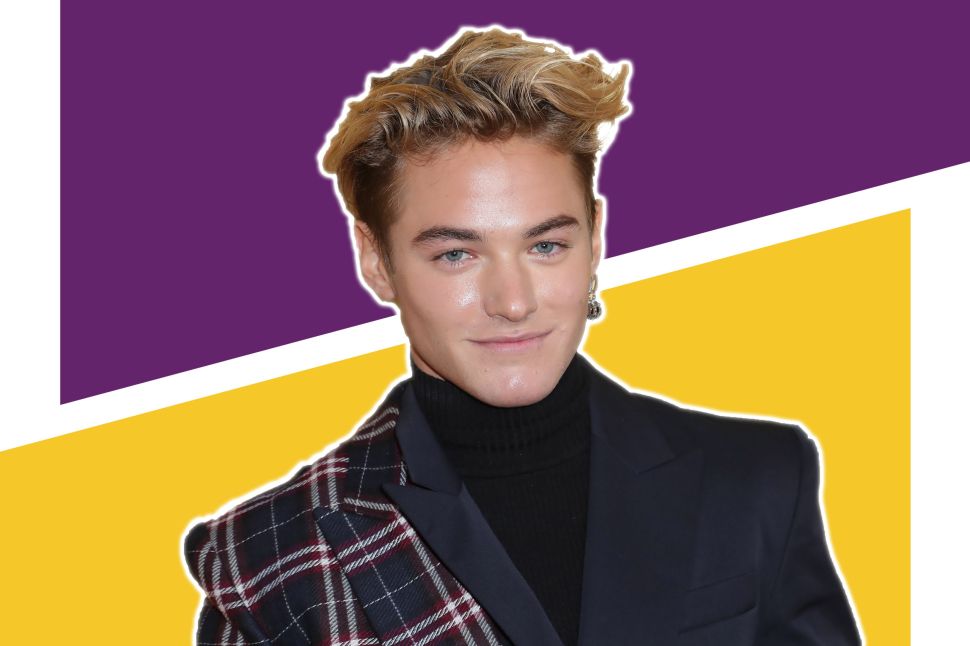