Theatrical ticket sales have been steadily declining over the last 18 years as the rise of television and the proliferation of at-home entertainment options has warped the film industry. Nowadays, box office studies show that the most reliable gamble is a $100 million blockbuster as smaller titles, mid-budget fare, star vehicles and adult-skewing dramas increasingly fail to provide a return on investment. Audiences will show up en masse for a Marvel flick, but dare to dream of pushing, say, A Beautiful Day in the Neighborhood worldwide and you’re setting yourself up for disappointment. If there was any doubt to this prospect in recent years, the coronavirus pandemic has cemented its reality.

“A trend that will accelerate is blockbusterization,” Imax CEO Rich Gelfond told The Hollywood Reporter. “There will be a lot more blockbusters than mid-range movies.”

At the onset of the pandemic, Universal chose not to engage COVID-19 in a game of chicken like Warner Bros. and Disney have been forced to do with Tenet and Mulan, respectively. Instead, Universal moved major tentpoles such as the ninth Fast & Furious film and Minions: The Rise of Gru to summer 2021 to avoid the guessing game altogether. While this has created an ongoing clash with major exhibitors such as AMC, Universal stands to benefit long-term from the quick thinking.

“We weren’t popular with exhibitors, but we knew it was probably going to be the best thing for the movies, and now of course we are very relieved that we did,” Universal Filmed Entertainment Group chairman Donna Langley told THR. “We got prime real estate next summer, and we prevented a lot of headaches. We had certainty about some things when there is so much uncertainty. We wanted to nail things down as best we could.”

With the coronavirus still keeping the majority of theaters closed, studios have begun rerouting certain films to the small screen. Universal made the first move when it released Trolls World Tour on premium video on demand (PVOD) and has since followed suit with the Judd Apatow comedy The King of Staten Island. Disney+ (Hamilton), Paramount (The SpongeBob Movie: Sponge on the Run), and Warner Bros. (Scoob!) have also sent films originally intended for theaters to PVOD or streaming. Studios have not released exact figures, but it is believed that Trolls World Tour generated more than $100 million in rental fees, with Universal keeping 80% of the revenue as opposed to the traditional 50% domestic theatrical split.

“We’ve had a total of nine movies released during this time on PVOD and it’s proven to be a very good way for us to get the movies out there,” Langley told the outlet. “We’ve made a good amount of incremental revenue. And we got the movies out into the distribution ecosystem, where they can continue to be monetized through home entertainment and eventually our pay windows.”

With studios believed to be generating decent chunks of revenue for mid-budget films via PVOD or generating interest in their homegrown streaming services, the fear (or hope, depending on who you ask) is that mid-budget films will be reserved exclusively for at-home venues moving forward. Releasing a film theatrically, regardless of its size, carries with it expensive marketing and distribution costs. As we’ve seen over the last 20 years, the box office has become increasingly fraught for non-branded titles that aren’t based on pre-existing material or tied to blockbuster franchises. This transition is what partly led to executive shakeups at Sony Pictures and Paramount over the last decade as the studios struggled to keep pace in Hollywood’s franchise wars.

There exists the possibility in which the entire theatrical release schedule is made up of Marvel and Star Wars-type films while movies like Jojo Rabbit and Parasite never see the inside of a theater. Already we’ve seen major filmmakers such as Martin Scorsese and Spike Lee turn to streaming. The coronavirus pandemic has simply provided some clarity to the emerging picture. 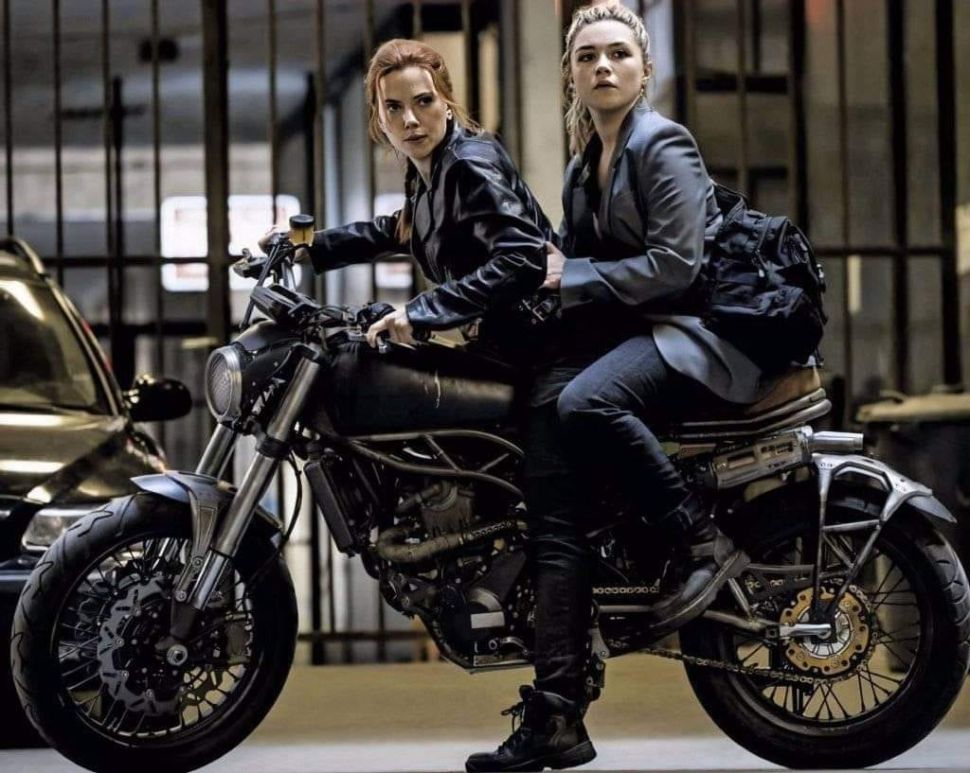