Here we are in month four of the coronavirus pandemic and, well, things still aren’t going great. After hitting a nationwide low in new reported COVID-19 cases on May 30th (16,040), America has seen the virus surge over the last six weeks, including more than 57,000 reported new cases on July 3rd. To help flatten the curve once again, you can do your part by A) wearing a mask at all times in public and B) embracing home confinement once again. Yes, we understand how much a bummer that it is, but there’s still an abundance of good television to keep you company at home.

Parrot Analytics compiled a list of the 10 most in-demand series for the month of June. It represents the total audience demand being expressed for a title, within a market (in this case, the U.S.), and audience demand reflects the desire, engagement and viewership, weighted by importance. The firm tracks TV popularity through social media, fan ratings, and piracy to figure who’s watching what. Below is the data on the top digital original series in the U.S. last month. 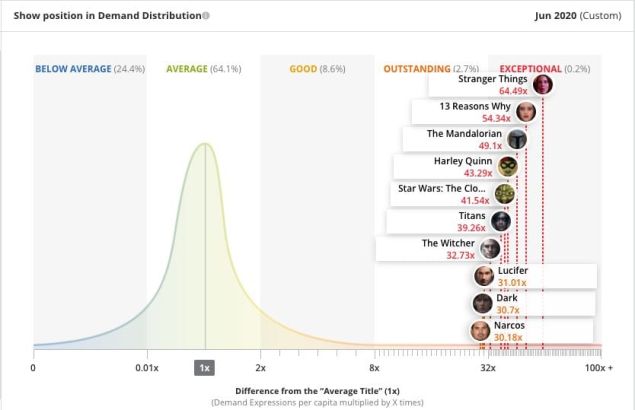 Three Netflix series fought their way back into the top 10 after falling out of top contention, including 13 Reasons Why and Dark, which both released their final seasons last month. The third newcomer was Lucifer, which Netflix saved a few years ago once Fox cancelled it after three seasons. Last month, it was announced that Netflix had renewed the series for a sixth and final season, which drove renewed interest.

Star Wars: The Clone Wars debuted its long-awaited final season on Disney+ in May after six years off the air, but dropped to fifth place in June while Netflix’s Money Heist (La Casa de Papel), Outer Banks, and Apple TV+’s Defending Jacob all fell out of the top 10. The top five series on the rise over the last 30 days, per Parrot Analytics’ data, are: Queer Eye (Netflix), The Order (Netflix), The Chi (Showtime), Dirty John (Bravo/Hulu), and 13 Reasons Why (Netflix).

The global production shutdown forced by the coronavirus pandemic has put a squeeze on fresh content, especially broadcast and certain cable television offerings, which often deliver new episodes as they’re filming and editing later ones. But Netflix, which drops entire seasons all at once, has been the most reliable source of new content in this span. Ted Sarandos, the streamer’s chief content officer, said in April that the company has enough new material to last into 2021 before they’ll need to start rolling cameras again. Thus far, the numbers back that up. In March, the first month of the production shutdown, Netflix released 59 new original series, films and documentaries. In July, the company is scheduled to release 56. 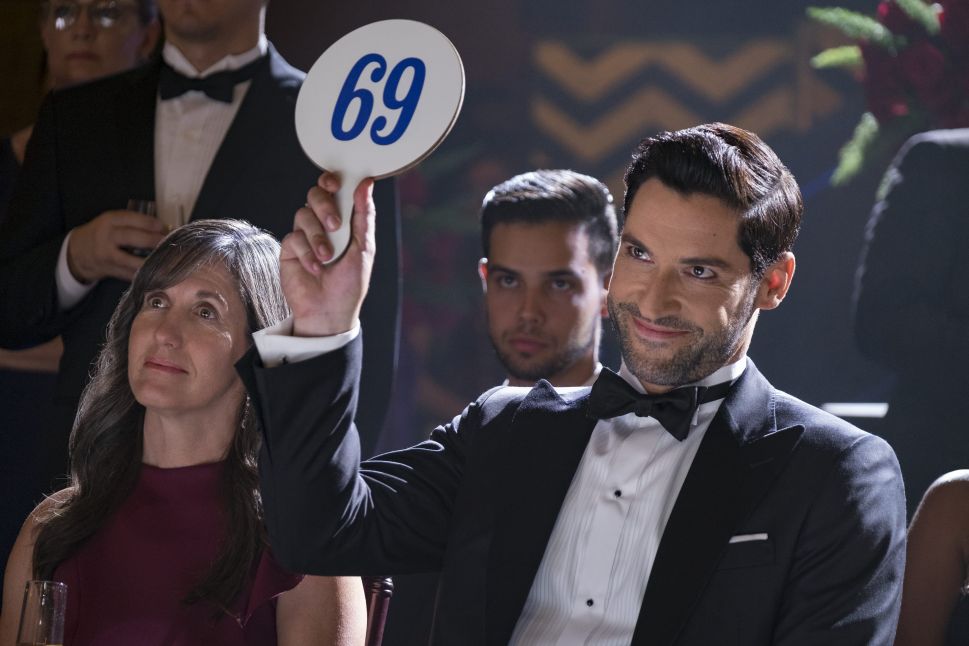