After a rousing first quarter spurred by the coronavirus pandemic in which Netflix added a company record 15.8 million new paid subscribers, Q2 carried the momentum forward with 10.1 million new customers added, according to the company’s earnings report. The company’s stock closed Thursday at $527.39, which was actually an 11% dip on the day as the company failed to beat earnings estimates. for Q2. But Netflix has now added 26 million new paying customers in the first half of 2020 after adding 28 million in all of 2019. The market-leading streamer now boasts more than 192 million worldwide customers and should surpass 200 million next quarter.

However, in its earnings report, Netflix stresses that it expects growth to decelerate in the second half of the year. “Growth is slowing as consumers get through the initial shock of Covid and social restrictions,” the report reads. “We expect less growth for the second half of 2020 compared to the prior year.”

SEE ALSO: Why Any ‘Rorschach’ Solo Series Is a Bad Idea

“Benefiting from the ‘stay-at-home’ environment amid the ongoing pandemic, Netflix produced another report with strong subscriber numbers. The devil is in the detail, however, as the company is now seeing a significant deceleration in this growth with weak subscriber guidance for the third quarter,” Anwar told Observer. “With Netflix shares falling after the earnings miss, investors are disappointed by the weak future guidance and see the initial boost from the pandemic coming to an end.”

Amid the COVID-19 boom, Netflix announced that Chief Content Officer Ted Sarandos has been appointed co-CEO alongside Reed Hastings, a clear indication of the company’s eventual succession plans. Given the numbers, it’s not a complete surprise. In Q2, Netflix revenue grew 25% year over year, while quarterly operating income exceeded $1 billion. Average streaming paid memberships in Q2 rose 25% year-over-year and that 10.1 million figure is a company Q2 record.

This growth was spurred by a series of popular Q2 titles including sitcoms Never Have I Ever and Space Force, which Netflix claims each received 40 million member account views in their first four weeks of release (though take Netflix’s viewership data with a grain of salt). Unscripted fare such as Too Hot to Handle and Floor is Lava collected 51 million and 37 million views, respectively. Spike Lee’s original film Da 5 Bloods collected 27 million views while Chris Hemsworth’s Extraction became the streamer’s most-watched original film ever with 99 million views in its first four weeks. The Wrong Missy (59 million) and The Willoughbys (38 million) also performed well, according to the streamer.

Added more subs in 1H than in any full year prior to 2018$NFLX @netflix pic.twitter.com/fPscwiDjP9

Netflix conceded that the pandemic has presented a unique challenge with “no one-size-fits-all approach” to resuming production. “We are furthest along in Asia Pacific…and are now shooting live action series like season 2 of our Japanese original The Naked Director,” the company said. “In EMEA, we are now back in production in many countries, including Germany, France, Spain, Poland, Italy, and the UK.” The streamer expects to partially resume production on U.S. projects in Q3. While the company still believes it is on pace to release more original product in 2021 than it will in 2020, it notes that the “paused productions will lead to a more second half weighted content slate in terms of big titles.”

Overall, the streamer doubled down on previous comments that it does have enough fresh new content to deliver throughout the remainder of 2020. Since the pandemic started, the streamer has released at least 50 new originals every month.

Q2 also saw WarnerMedia launch HBO Max and NBCUniversal launch Peacock, while other rival media empires beef up their own digital and direct-to-consumer business. However, the increasingly crowded competitive field did not seem to phase Netflix.

“All of the major entertainment companies like WarnerMedia, Disney and NBCUniversal are pushing their own streaming services and two of the most valuable companies in the world, Apple and Amazon, are growing their investment in premium content. In addition, TikTok’s growth is astounding, showing the fluidity of internet entertainment. Instead of worrying about all these competitors, we continue to stick to our strategy of trying to improve our service and content every quarter faster than our peers. Our continued strong growth is a testament to this approach and the size of the entertainment market.”

Perhaps there should be a bit more concern on Netflix’s part.

“People are not very loyal and are willing to jump if prices on a service are raised, look at YouTube TV which just raised it price,” Anthony Denier, CEO of Webull, a commission-free trading platform, told Observer. “Another thing that will work against it is that it needs to produce new programming to keep the people interested, especially the ones who have seen everything Netflix offered over the last four months. This is expensive in the best of times, but now, with the added costs to keep productions safe, this could hit the bottom line.” 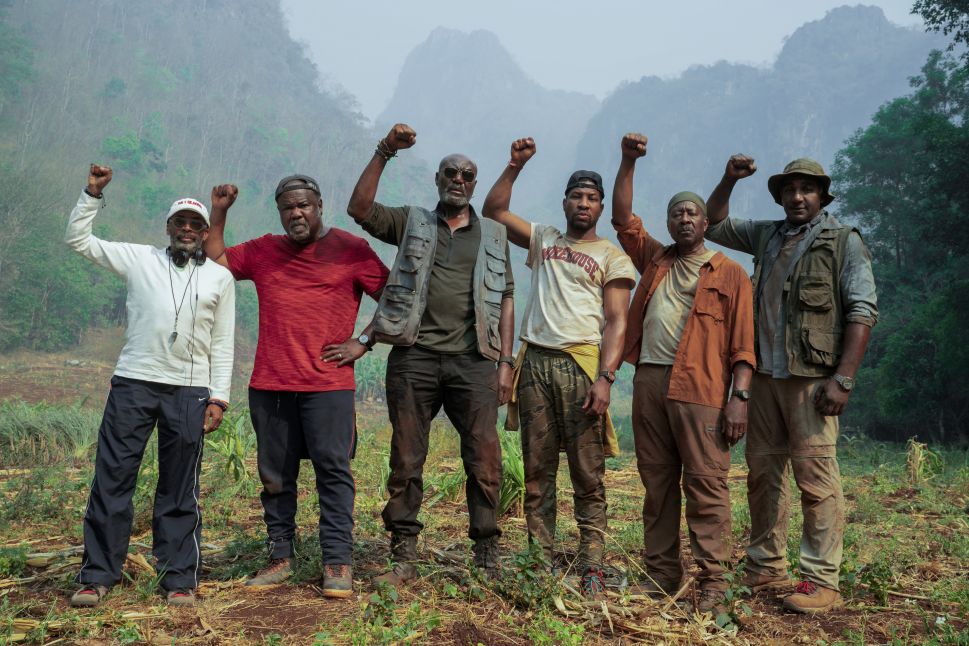