Last week, Netflix’s stock took a slight tumble after its Q2 earnings report missed certain expectations, yet the company still managed to add a mammoth 10.1 million new customers. Despite the financial slippage, Netflix has now added 26 million new subscribers in the first half of 2020 after adding 28 million total in all of 2019. Yes, these numbers are inflated by the home confinement forced by the coronavirus pandemic. But growth is growth, and the streamer will look to carry the momentum forward.

On that front, Netflix announced last week that chief content officer Ted Sarandos had been promoted to co-CEO alongside Netflix co-founder Reed Hastings. Understandably, this was perceived by some as a clear sign of Netflix’s succession plans as Hastings has been involved with the company for nearly 25 years. However, a hierarchal shakeup does not appear to be in the plans anytime soon.

“To be totally clear, I’m in for a decade,” Hastings said recently, clearing up any lingering confusion. In an industry with high turnover rate, can we expect both Hastings and Sarandos to still be with Netflix in 2030?

The idea of dual leadership as co-CEOs has been experimented with throughout industry, typically to sub-par results. Most recently, the arrangement has caused more harm than good at companies such as WeWork and SAP. David Martin, founder of leadership consulting firm David Martin & Company, told Fast Company that having two people in a role that is typically reserved for a single decision maker “almost never works.” That’s not to say it can’t or has never worked, but it’s a curious move.

But with Netflix operating in more than 190 countries and spending upwards of $17 billion on content per year, perhaps the company has simply grown too large for one single captain. While Netflix stresses that growth will decelerate in the second half of 2020, the streamer still has an outside shot of surpassing 200 million global subscribers in Q3. Unsurprisingly, the COVID-19 outbreak has expedited the decline of Pay-TV with nearly one in three U.S. households having already cut the cord.

When streaming rivals to Netflix first began to emerge, it was believed that a decline in market share was inevitable. However, as well-resourced competition from Apple, Disney, WarnerMedia and NBCUniversal have entered the fray, it’s becoming clear that the proliferation of streamers is accelerating the exodus of customers from linear to direct-to-consumer. As Netflix’s potential pie gets bigger, perhaps two heads will be better than one. 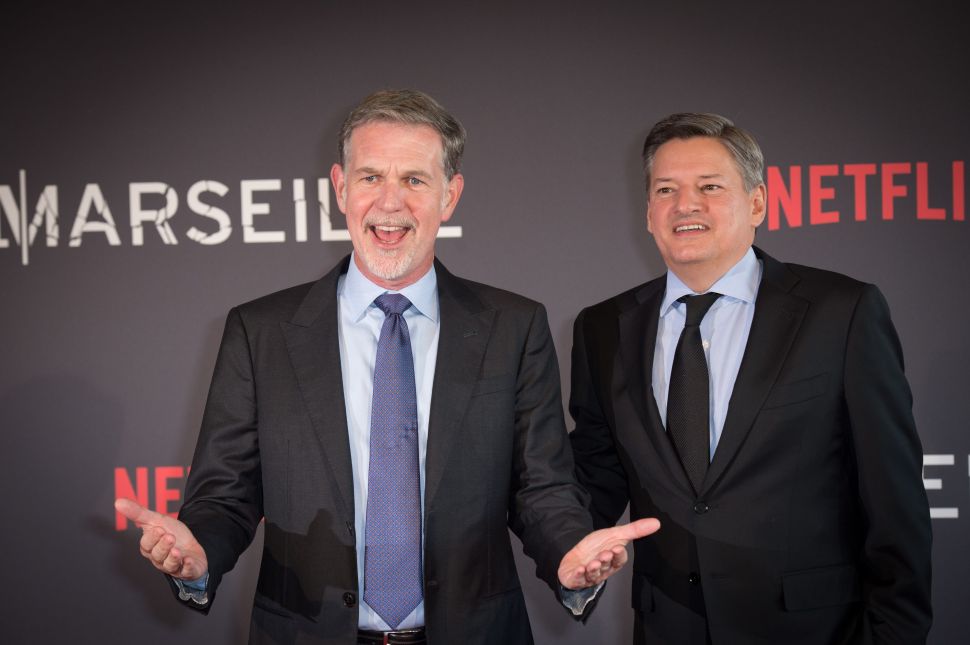