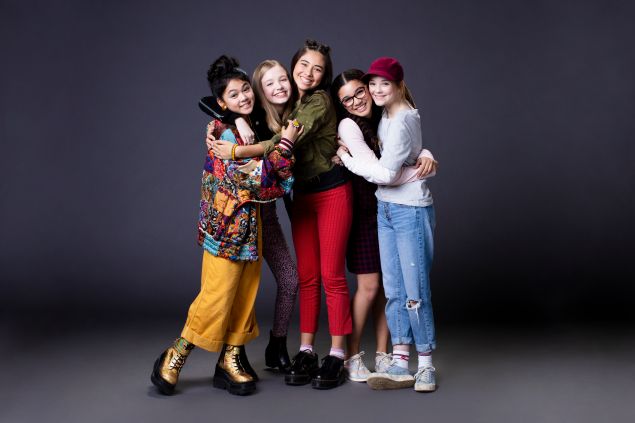 Transforming a beloved book series in a TV show is a risky proposition, especially if that series holds the deep-seated nostalgia of Ann Martin’s The Baby-Sitters Club. The books, which first launched in 1986, have been read by millions, cherished on bookshelves and had their central premise emulated by teens in every town in America. And as the 1995 movie version revealed, The Baby-Sitter’s Club is like a cherished, classic recipe that doesn’t necessarily hold up well to improvisation.

But improvise is exactly what showrunner Rachel Shukert has done with Netflix’s new modernized take on Martin’s books. The episodes, which retain the comforting, friendly tone of the novels, successfully walk the line between necessary evolution and reverent homage, revealing that it’s possible to make a contemporary show that involves both a landline phone and a discussion of trans acceptance. These babysitters are woke—which shouldn’t exactly be news to those who grew up reading about characters like Kristy Thomas and Claudia Kishi.

When I started reading The Baby-Sitters Club in third grade, my mom referred to the series as “brain candy.” The books didn’t meet her expectations for fine literature, and they, like The Boxcar Children and Sweet Valley High, seemed like the equivalent of having cake for breakfast. But The Baby-Sitters Club was revolutionary and inspiring from the outset. The characters were complicated and flawed, and they dealt with real issues like divorce, struggling to fit in and having parents who expected too much. The girls were financially independent business owners who innovated to meet market demand, encouraging me to start my own babysitting club at age 10. But, most importantly, they accepted each other, no questions asked.

It’s that acceptance that sits at the heart of the Netflix adaptation, which gently re-situates the action into 2020. The long-adored characters are the same, but their backgrounds better reflect the diversity of the world around us. Claudia, played by Momona Tamada, remains an artsy Japanese-American teen, but here Mary Anne Spier (Malia Baker) is biracial and Dawn Schafer (Xochitl Gomez) is Latinx, leaving behind the blond hair and blue eyes of novels to better represent today’s Earthy California girl. 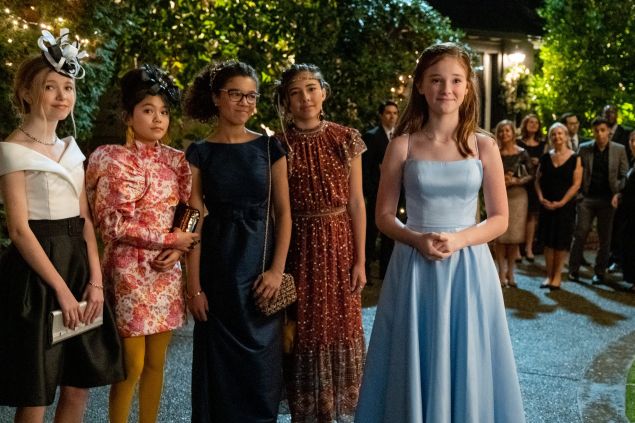 The way the characters so seamlessly retain their signature quirks and personality traits while also embracing accurate representation is a strong argument in favor of diverse casting, particularly as show’s targeted to young viewers. Mary Anne is still shy and nerdy, with her hair in braids, but this time she’s a biracial teen being raised by her single white father. And that fact is never remarked upon or overworked by the narrative; it just is.

SEE ALSO: The Best New Movies and TV Shows to Watch This Weekend

In one episode, “Mary Anne Saves the Day,” Mary Anne is learning to stand up for herself, a feat she finally achieves when a young girl she’s babysitting has to go to the ER with a fever. The doctors mis-gender the girl, who has transitioned from male to female with the full support of her parents, and Mary Anne forcefully steps in and sets the doctors right. It’s emotional moment, especially for older viewers, because it reminds us that teens today don’t question gender identity or sexuality—they just take it as fact. As Dawn explains to Mary Anne, the little girl wants her “outsides to match her insides.” The Baby-Sitters Club feels so revolutionary not because it includes a storyline about a trans kid, but because it normalizes it, making that storyline just another storyline among many. 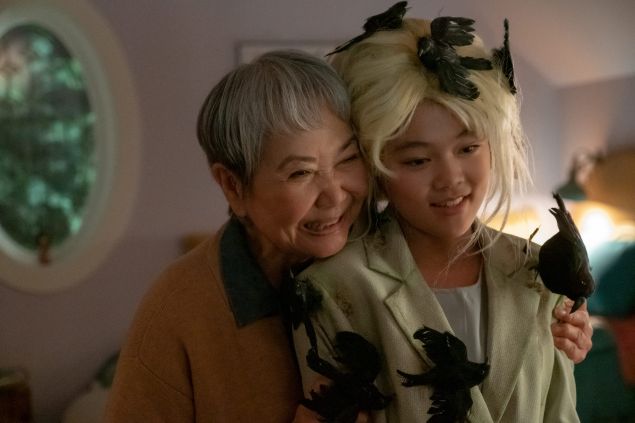 Momona Tamada as Claudia Kishi and Takayo Fischer as her grandmother Mimi Yamamoto in The Baby-Sitters Club. Kailey Schwerman/Netflix

In another episode, “Claudia and Mean Janine,” Claudia learns about her grandmother’s history in the Japanese internment camps during World War II after her grandmother has a stroke. She questions why someone would do that to a family and her sister responds, “I don’t know why they still do,” referencing the Trump administration’s camps at the Mexican border. It’s not a political moment, however. Instead, it’s about empathy and fairness. These characters care about other people, no matter their background or identity, and they want to stand up for what’s right.

During the two-part finale, Dawn and Claudia stage a protest at their summer camp, using their voices for social justice. They’re protesting unfair camp costs, which put the poorer kids at a disadvantage, but the episodes couldn’t come at a better moment in history. The Baby-Sitters Club tells its viewers that if something isn’t right, speak up and change it. This message isn’t didactic ,and it doesn’t take away from the absolute joy and fun of the episodes, but it’s there. It’s important that young viewers, some of whom may just be getting introduced to the fictional world of Stoneybrook, watch representations of characters who are engaged and aware, and who are thoughtful and learn from their mistakes.

The show begins with 10 episodes, many of which draw their storylines directly from the series’ early novels (including the memorably hilarious and relatable “Boy-Crazy Stacey”), but there’s a lot more Shukert and her writers could mine from the hundred-plus novels. There’s a lot more stories from the books I want to see brought into present day and adapted to mirror contemporary society. The Baby-Sitters Club novels always felt like little hugs, each bringing its own form of comfort, and as a Netflix series it does something similar. The world is hard and there are lot of complicated issues we face, but if you have good friends and a little ingenuity it’ll all be okay. 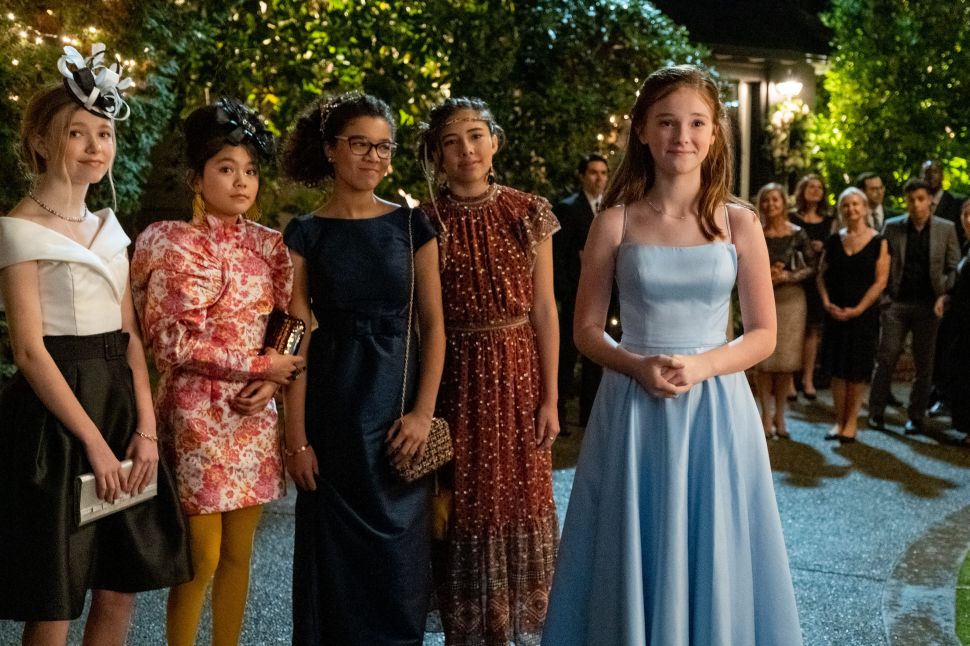