When it comes to subscription video on demand (SVOD), attractive library programming helps to engage users and avoid churn, or the rate at which customers cancel their subscription in a given span. But it is exclusive original programming that helps drive new subscription growth, which is the lifeblood for SVOD services that don’t also rely on ad-supported models. That’s why Netflix invests the GDP of a small country into content. The only way for these platforms to make money is to keep attracting new customers with original series that move the needle. On that front, Disney+ is simultaneously failing and succeeding, a contradiction that will make more sense the longer you read.

By just about every streaming metric we can conjure, Disney+’s The Mandalorian—the first ever live-action Star Wars series—was a massive worldwide hit. Similarly, the long-awaited final season of animated series Star Wars: The Clone Wars was also an attractive original for the platform. But outside of those two shows, the streamer’s originals, which are largely targeted at kids, have not enjoyed the same broad appeal impact. Instead, Disney+ has ameliorated its thin library of demo-specific originals with back catalogs of major brands such as Pixar, Lucasfilm and Marvel.

Despite Disney+’s rapid growth—the streamer surpassed 54.5 million subscribers in May after launching in November—it isn’t engaging users as frequently as its competitors, according to Reelgood, a streaming aggregator that tracks every TV show and movie available online. 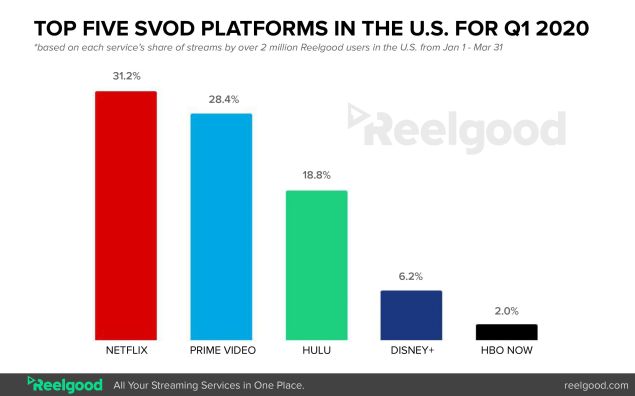 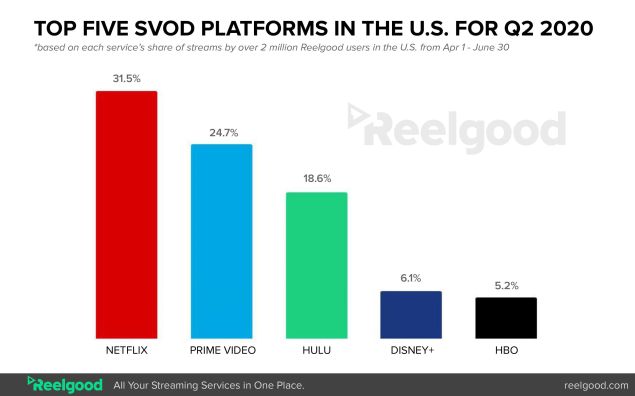 Again, it’s worth noting that Disney+ has a smaller overall library than Netflix, Amazon Prime Video and even sister streamer Hulu. But, this trend is indicative of the platform’s lack of buzz-worthy original content outside of its flagship series. Thus far, the streamer has operated on a peak-and-valley formula with major releases such as The Mandalorian and this month’s Hamilton driving huge spikes of interest before plateauing once more.

And yet, Disney+ continues to grow and enjoys one of the lowest churn rates among major streamers. According to Evolution Media Capital, Disney+ is one of the best ranked streamers in customer loyalty. One workaround to its small library has been Disney’s attractive bundle offer, which includes Disney+, Hulu and ESPN+ for just $12.99 per month. Given the plethora of content that deal provides, it’s no wonder that Disney+ churn rates have been so low since its November launch. 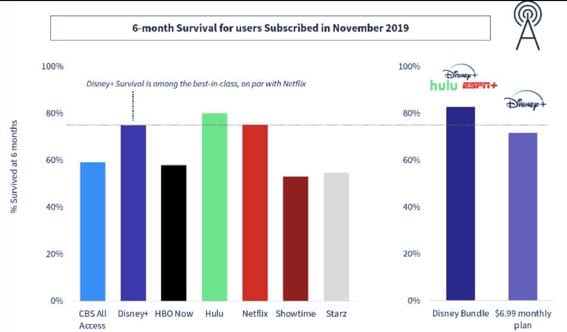 We’ve thrown a lot of jargon around with this dive into Disney+, but what you really need to know is that the streamer is defying conventional expectations. If it can be so successful so quickly with a relatively lacking library of originals (but an impressive back catalog of legacy programming), how will the streamer look when it’s flush with blockbuster Marvel miniseries and a world of Star Wars shows? Watch out, Netflix.