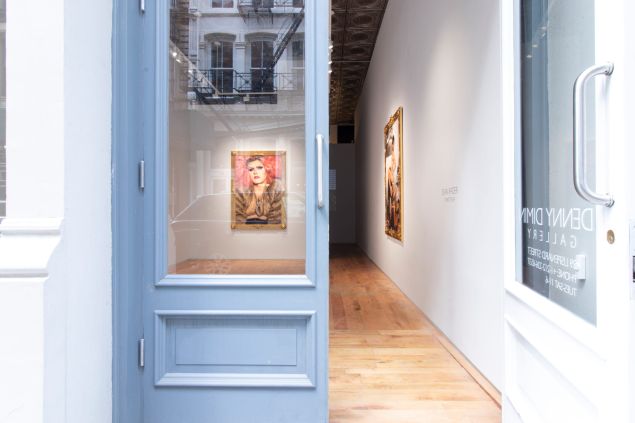 The unspoken rule among New York galleries is that summer is reserved for group shows. Light-hearted themes, unexpected artist groupings, and early Friday closings await gallery hoppers who brave the scorched Chelsea sidewalks. Sandwiched between spring’s hectic art fair season and heavy-hitter solo shows of the fall, July and August bring a time of fallow for the gallery calendars and walls. After the drastic halt COVID-19 has imposed on the art world, this summer season, however, is about to stand out as this year’s most eventful period since early March. In compliance with Governor Cuomo’s Phase II regulations, numerous galleries have started to reopen their glass doors to visitors under strict precautions. Proving “the show must go on,” the summer exhibitions either resume spring’s solo presentations or reflect on the social and personal impacts of the pandemic and the Black Lives Matter protests.

Observer talked to the leaders of five New York galleries about their plans for an unprecedented summer and what they expect from the near future. They agree that visitor and staff safety is top priority, and the growing presence of digital platforms is here to stay. 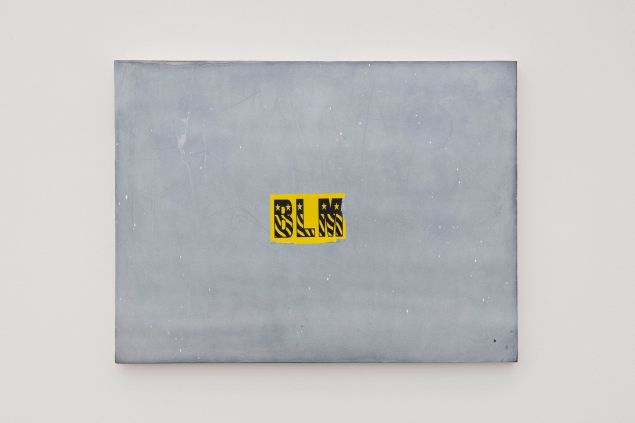 Located in the city’s bustling Lower East Side, the international powerhouse Perrotin already opened its Paris, Seoul and Hong Kong locations in previous months. “We are lucky that our gallery is three floors, so we have space to welcome visitors while respecting social distancing guidelines,” says gallery partner Peggy Leboeuf about reopening their New York space in early July with the group exhibition “The Secret History of Everything.”

The show brings together seven artists, including painters Julia Wachtel, Sayre Gomez and Katherine Bernhardt, in addition to the gallery’s own Daniel Arsham. According to the dealer, these artists are united by how they “all challenge our societal portrait, in particular the sprawl of mass media when everything is increasingly digitized.” The entire proceeds from Gomez’s painting about the ongoing protests against racial injustice will be donated to Black Lives Matter Los Angeles.

Retro-fitted desks with plexiglass screens, QR-coded press releases, and RSVPs requested through the See Saw app (which also allows for contact tracing) are among the precautions being taken by the gallery. “When I first entered the art world, everything hinged on physical connection,” says Leboeuf, remarking on how much things have changed, but also why viewing art in-person will always have its place. “Art was, and is, an unparalleled transcendental experience. Digital will never replace that feeling, or quite convey the textural properties of certain pieces.”

A longtime Chelsea fixture with an Upper East Side outpost, Petzel is another gallery with a group exhibition tailored for the times. In addition to an extended Rodney McMillian exhibition at their uptown location. The gallery founder Friedrich Petzel is eager to facilitate a slow but safe transition at both locations. “There are no long lines; all these attempts are modest, safe, and by appointment,” says the seasoned dealer. In fact, he was excited to have recently had his first human-to-human client encounter in four months. “I’m exhilarated that the collector and museum trustee wanted to see the painting in the flesh before making a decision.”

Slated for a July 15 opening, the group exhibition “A Love Letter to a Nightmare” took shape during the early days of the pandemic, through the staff’s “two-dimension Zoom meetings, cocktails, and a screen of separation.” The killing of George Floyd and subsequent protests, however, made addressing urgent issues even more of a priority for the gallery when planning what work to show upon reopening. Inspired by the British-Mexican Surrealist painter Leonora Carrington, the exhibition about daydreams and nightmares brings together works by eleven contemporary artists, including art world darlings Christina Quarles, Ivy Haldeman, Genesis Belanger and Meriem Bennani.

“The show asks how each artist’s subjective work explains a world riddled with multiple ‘objective’ truths,” says Petzel, who notes that they’ve taken a local approach to bringing together the works in this exhibition. “The jet-set gallery model is—at least for the time being—on hold,”  he says, explaining the alternative they’ve found to the usual high-end art shipping method. “We bought a truck, the Petzelmobil, to ‘ship’ works from studios and our warehouse to the gallery and even to clients.” 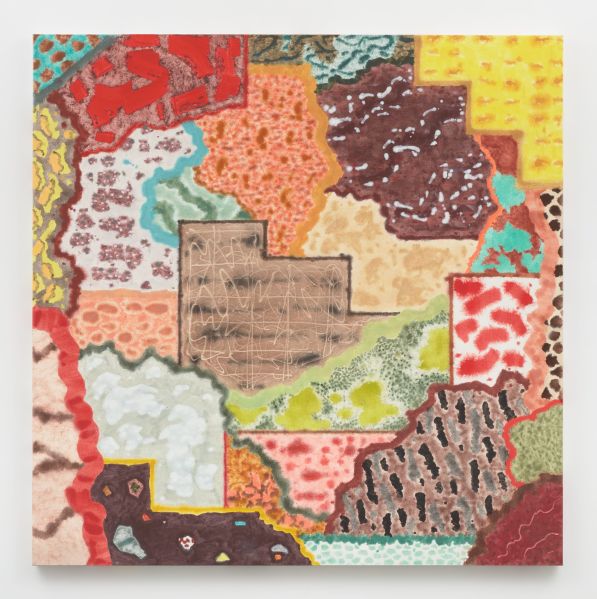 While many galleries are following the tradition of the summer group show, a few are giving their spring exhibitions that did not reach their full potential a second showing. One of the galleries responsible for marking TriBeCa as a gallery destination in recent years, Bortolami is re-modeling their Rebecca Morris exhibition, which originally opened on February 21 but was cut short due to the lockdown. The gallery transferred the show online during the quarantine, but associate director Reiser notes that Morris’ large, tactile paintings with metallic pigment are certainly best experienced in-person. What they call the “Phase 2” of Morris’s exhibition, which opens on July 6, includes a new layout and new works on paper made with ink and iridescent watercolor. “Digital space has evolved more in the past three months than it had the past 10 years,” says Reiser, but he also believes that the absence of physical experience “has only intensified a desire for collectors, artists, and other art enthusiasts to see work in-person again.” He also underlines the free access to art galleries “is a luxury that can no longer be taken for granted.”

Chelsea stable Albertz Benda and its design-focused sibling next door, Friedman Benda, are entering the summer with the ambition of winter season vigor, tailgating their currently extended spring exhibition of abstract paintings by Christopher Le Brun with an inaugural solo show by Felipe Pantone, the gallery’s newest addition to its roster. Thorsten Albertz, who oversees both spaces’ operations, believes it was their responsibility to the artists to open as quickly as possible, given that they had continued to produce work to keep the doors virtually open during the quarantine.

“Since nobody will be traveling this summer, we decided to continue our exhibition program and not go into our usual summer break,” says Albertz, who is working with Danish-French duo OrtaMiklos for a show at Friedman Benda. Pantone’s aptly-titled gallery debut, “CONTACTLESS,” opens on July 16 both in their physical space and online. The artist’s hallucinatory aluminum panel paintings will be on view at the gallery, meanwhile a custom-built website allows at-home visitors visit the show through digital interactive avatars. The exhibition opening is planned to “take place” as a VR experience, which will allow attendees from all over the globe converse with the Valencia-based artist and experience the show. 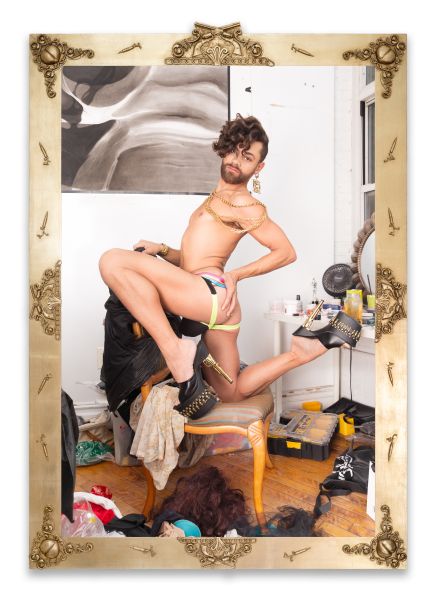 Another TriBeCa gallery, Denny Dimin Gallery observed the reopening efforts across Hong Kong galleries thanks to its outpost in the city. “Our Hong Kong partner attended gallery events since they reopened and observed the foot traffic, but it was also encouraging here to hear about the excitement to visit galleries again,” Rob Dimin and Elizabeth Denny wrote in an email. Soon after the commencement of Phase II, the gallery reopened on June 23, confident they could easily keep visitors safe with simple adaptations, in addition to the golden “no-touching” rule of any gallery.

“We also had an important, timely, and gratifying exhibition ready to show,” they said of Sean Fader’s exhibition about social media’s impact on queer solidarity and undocumented hate murders of LGBTQI+ individuals across the U.S. Fader’s exhibition began to open for 30-minute appointments as the city celebrated Pride month, which is also when the murders of trans individuals of color reached alarming rates. Called “Insufficient Memory,” the exhibition includes an interactive virtual tour via Google Earth of the sites where trans lives had been lost, alongside Fader’s photographs of these places which he visited during his extensive travels across the country.

The gallery began planning the show last year, but in the last few months, it served to motivate Denny and Dimin  “as a strong reminder of why we do what we do as gallerists and how we aspire to serve a broad public.” They believe it’s yet too early to gauge the effects of the hiatus and social distancing on the art market, but, similar to many, their assumptions rely on the rise of the digital. They trust in the gallery’s online initiative, Virtual, and predict that collectors will be more invested in what they hang on their walls after spending extensive amounts of time at home. 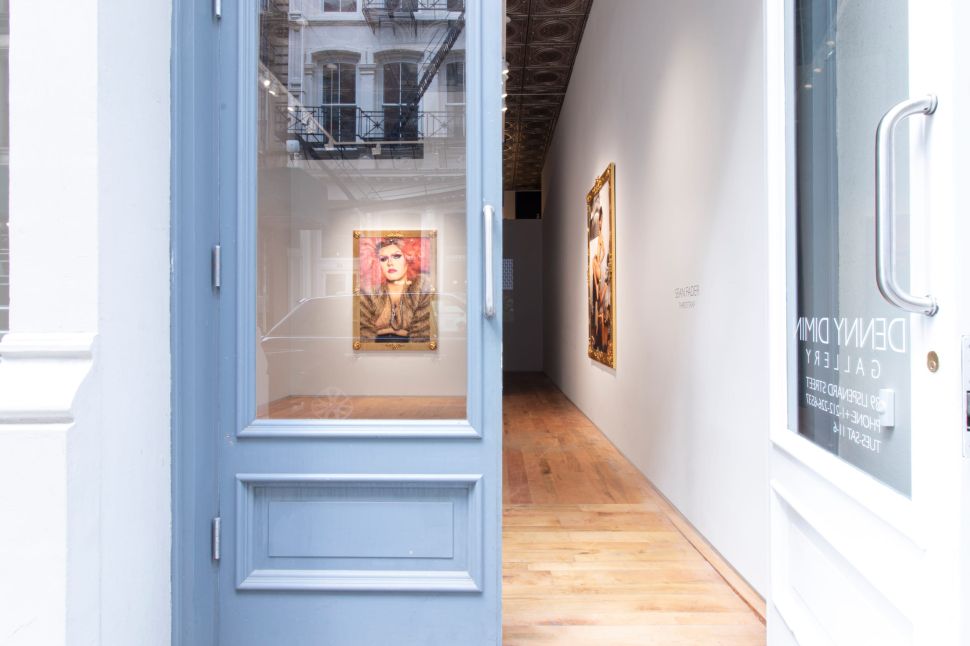