Earlier this year, I tried out a bizarre brain-sensing headband that allowed me to control a lamp with just my thoughts. Now, it’s available for sale, so you can think your way out of the darkness, as well.

French neurotech startup NextMind’s device, which won a “Best of Innovation” award at CES 2020 in January, opened for pre-order to the public on Tuesday. For $399, you will get a Tangle Teezer-like wearable packed with artificial intelligence that allows you to play video games and control small home appliances by just looking at and thinking about them. You can also build more complex functionalities on top of it, though engineering skills are required. “The possibilities on endless,” NextMind founder and CEO Sid Kouider told Observer.

The NextMind device is the latest example of the so-called brain-computer interface, a trendy biotech area explored by entrepreneurs including Tesla CEO Elon Musk. By placing a group of sensors against a person’s scalp, the device extracts neural signals from the visual cortex (located on the lower back of the skull) and sends them to an outside computer, which then translates electrical brain signals into readable commands—whether it’s a light bulb switch or a specific movement in a VR game.

The mechanics are similar to that of an electroencephalogram (EEG) machine used in hospitals, except that NextMind’s device is much more portable and doesn’t require any special skin preparation in order to work.

“We’re especially passionate about getting NextMind’s DevKit out to as many developers as possible working in game development and AR/VR applications,” Kouider said in a release on Tuesday. “This technology will be such a literal game-changer for the industry due to the fully immersive experiences it enables.”

While the current version of the device is made primarily for developers looking to build their own use cases with NextMind’s hardware and algorithms, regular consumers without developing skills may also find it fun to use, since the set comes with several demos and mini-games that give a taste of the surreal technology.

Kouider says that since debuting at CES six months ago, NextMind’s developer kit had received overwhelming interests from the gaming and entertainment industries, which he plans to focus on for the foreseeable future.

But, perhaps more excitingly, the technology has also attracted a few unexpected collaborators from the self-driving world, Kouider said. His company is evaluating potential projects with “a major car company,” whose name he declined to disclose.

If the auto world embraces such technology, “In the near future, you will be able to drive a car without having to put your hands on the wheel or an interface,” Kouider said.

The developer kit is currently available in the U.S., Europe and Australia. NextMind plans to start shipping in early September. 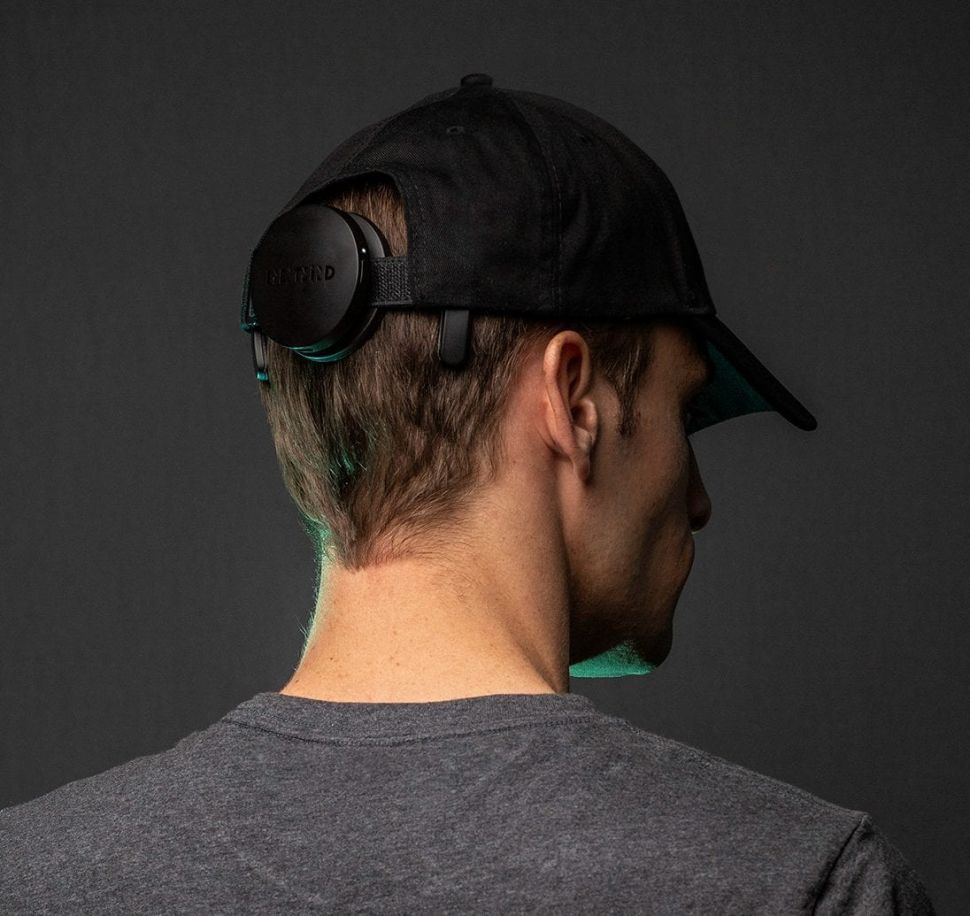