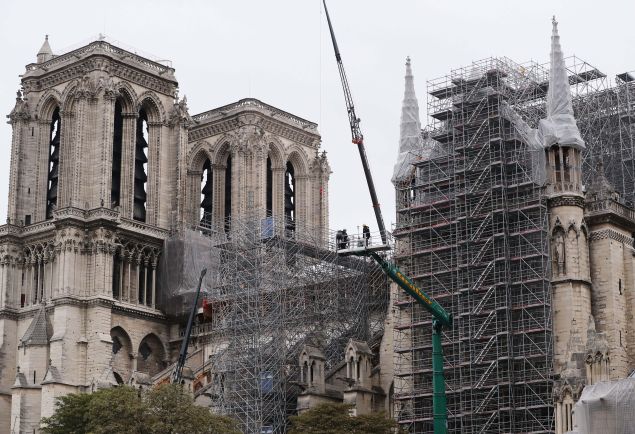 In July of 2019, reports confirmed that the painstaking restoration of the Notre Dame Cathedral in Paris, which was partially destroyed by an accidental fire, will be overseen directly by President Emmanuel Macron of France and other prominent members of the French government. However, while Macron previously caught flack for suggesting that the cathedral’s spire might be replaced by a more modern design, on Friday it was confirmed that reconstruction efforts for Notre Dame will, on the recommendation of France’s chief architect Philippe Villeneuve, likely include a faithful restoration of the cathedral’s 93-meter-tall spire, which collapsed completely in the blaze. Interestingly, though, this effort will include the use of some questionable materials.

SEE ALSO: After Rebuilding Notre Dame, Why Aren’t More Patrons Stepping in to Save Venice?

The spire of Notre Dame has gone through several iterations: the original was completely removed in the 18th century because of its instability, and it was replaced in the 19th century by a design created by Eugène Viollet-le-Duc. Viollet-le-Duc’s gothic and much-beloved creation was made of wood, however, and covered with a protective lead coating that weighed 460 tons. Recreating the spire rather than reinventing it would involve using the same materials as the original.

When the spire collapsed in April of 2019, according to a study conducted by the American Geophysical Union, it deluged Paris with almost a ton of lead dust. Lead is a neurotoxic metal that’s especially dangerous to children, and increased lead levels in Paris’s soil and due to the spire’s collapse could have long-term adverse effects on both humans and animals.

According to The Art Newspaper, one reason for France’s commitment to recreating a 19th-century wood and lead spire that’s already proven itself to be vulnerable is the impending arrival of the 2024 Olympic Games, which are scheduled to take place in Paris. Because construction has already been delayed by the pandemic, it’s possible that France simply doesn’t have time to consider different design ideas for the spire, and so is therefore going to barrel ahead with making sure one of its most iconic landmarks is back to “normal” before the entire world’s eyes are upon it again. This feels like a risky plan, to say the least; and there are innumerable other materials that could be used to build a spire that are more environmentally beneficial than lead. In order to prevent Notre Dame burning down again, it seems like the most logical thing to do would be to not repeat past mistakes. 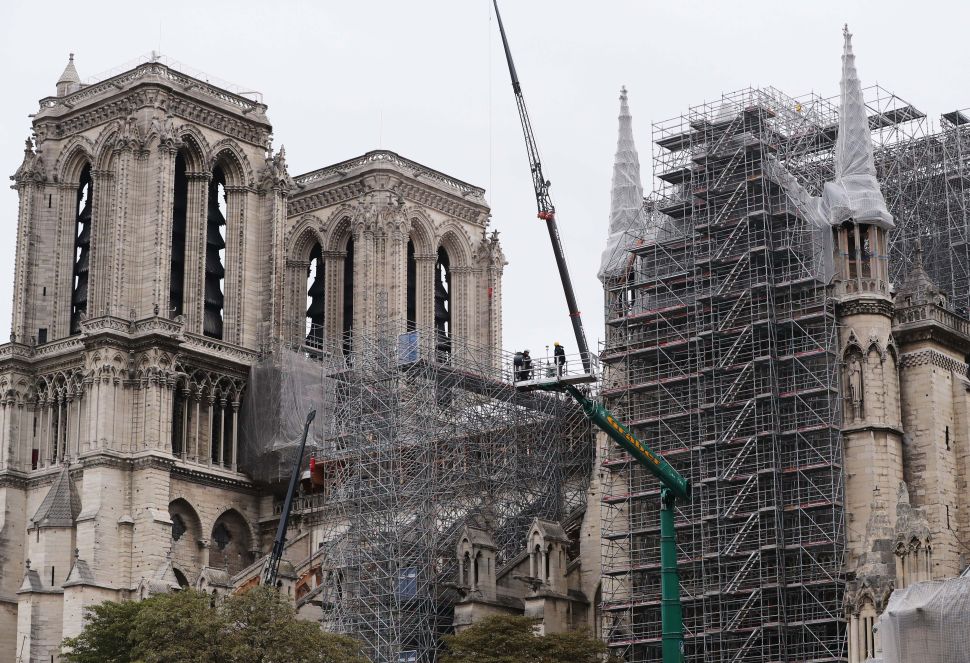