There are more than a dozen companies racing to develop a COVID-19 vaccine, so that we can put an end to the ravaging coronavirus pandemic once and for all. It generally takes years to find a vaccine, but progress is being made on several fronts. And investors are watching them all.

Maryland-based biotech startup Novavax, for instance, has seen its value skyrocket over the past few months. Since announcing its COVID-19 vaccine project in January, Novavax’s stock price has soared more than 25-fold, from $4 per share to over $100 as of Tuesday, despite the fact that the company is is not a frontrunner in vaccine trials and has never brought any products to market.

Novavax’s incredible stock boom is largely driven by a series of government and celebrity endorsements, including a major investment by Bill Gates.

On Tuesday morning, Novavax shares jumped over 30 percent after the company announced a $1.6 billion deal with the federal government as part of the Trump administration’s Operation Warp Speed, a task force aiming to make COVID-19 vaccines and treatments available to the Americans as quickly as possible.

The funding to Novavax is by far the largest federal investment into a private-sector company on coronavirus related projects. Novavax said the government funding will be used for manufacturing up to 100 million doses of the company’s experimental COVID-19 vaccine by early next year. In May, the Trump administration made a similar vaccine bet on British drugmaker AstraZeneca by awarding the company up to $1.2 billion for dose production.

“Adding Novavax’s candidate to Operation Warp Speed’s diverse portfolio of vaccines increases the odds that we will have a safe, effective vaccine as soon as the end of this year,” Alex Azar, President Trump’s health and human services secretary, said in a statement on Tuesday.

Novavax’s vaccine project is also backed by $388 million from the Coalition for Epidemic Preparedness and Innovation (CEPI), a nonprofit founded by Bill Gates in 2015.

“The risk they’re taking is that a company like ours—which doesn’t have a pipeline of already commercialized products—can we get to the big leagues and scale up? I think they’re placing the bet that we can,” Novavax CEO Stanley C. Erck said of the company’s external investments in an interview with The New York Times.

Novavax’s COVID-19 vaccine, NVX‑CoV2373, began phase 1 clinical trial in Australia in late May on about 100 volunteers. Early results are expected to come out this month. And if successful, Novavax will launch phase 2 trial in more countries, including the U.S. 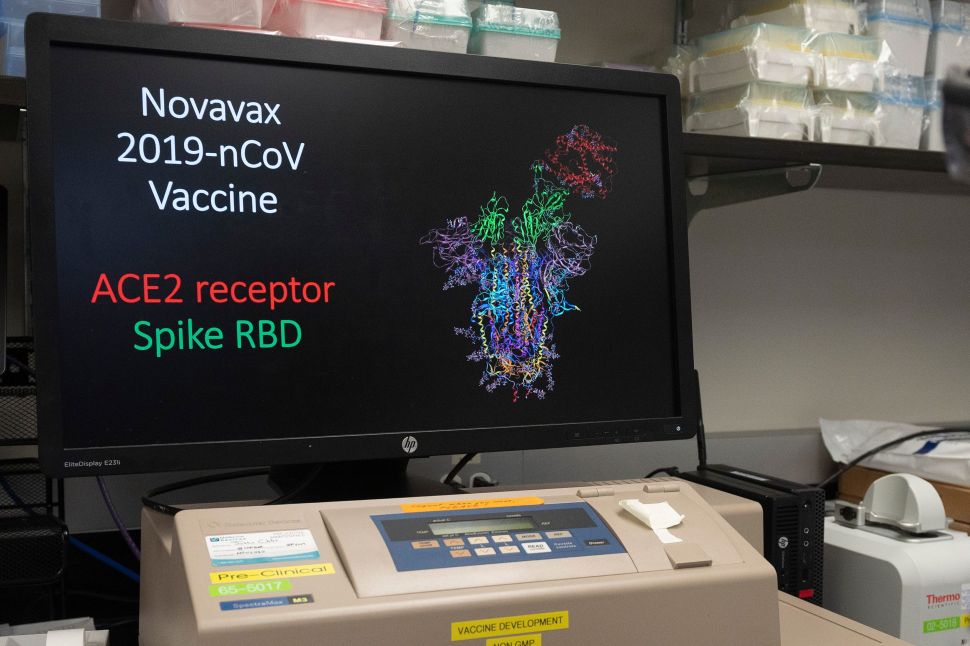