According to NYC.gov and the New York Police Department, the act of smoking marijuana qualifies as an emergency, and citizens should call 911 to report it. This instruction helps ensure that a stark racial disparity in arrests continues, and also raises the risk of nonviolent crimes escalating into problematic and potentially dangerous confrontations.

It’s also yet another example of how police resources are used—and perhaps misused—in New York City for lack of any better alternatives, as there’s simply no one else to call.

For many years, New York City was the most inhospitable city in the United States for marijuana users. As the ACLU reported, marijuana possession was the most frequent reason why a New Yorker would be arrested. Year in and year out, New York led the country in marijuana arrests, with busts double the national average.

At least most of that was supposed to have ended a year ago. Cannabis possession has been decriminalized in New York State since last August (the consolation prize after a cannabis legalization effort failed).

Anyone caught with two ounces or less of weed can expect punishment similar to a speeding ticket: a court summons, and a fine—no arrest, no incarceration.

However, the act of smoking cannabis is still a crime. Anyone caught smoking marijuana outside can still be arrested. That appears to be the rationale why, as cannabis newswire Marijuana Moment founder Tom Angell noticed, the city’s official 311 page instructs New Yorkers to call 911 and summon New York police to a marijuana smoking in progress.

And if the person caught smoking or possessing marijuana had an outstanding warrant or was on parole, they may well end up on the COVID-19 factory that is the Rikers Island city jail. Hundreds of corrections officers and other employees at Rikers came down with COVID-19 along with hundreds of more inmates.

It's official New York City policy that you should *call 911* if you witness "marijuana smoking in progress."

Exactly how often this happens is unclear, but the consequences are predictable: Black and brown people are arrested, and white people are not.

When someone calls 911 in New York City, an NYPD dispatcher answers. The call is routed to the Fire Department if the caller is reporting a medical or fire emergency, or routes it to NYPD if the call reports a crime.

NYPD logs responses to calls reporting drug use under a catch-all category called “drug activity.” An NYPD spokesman was not immediately able to say how many 911 calls the department receives reporting cannabis use.

During the height of the pandemic in the city, the New York City 911 system dispatchers were taking nearly double the normal amount of calls per day; by late March, when cases had not yet reached their zenith, they were taking over 7,000 calls a day, compared to the 4,000 calls that were averaged before the COVID-19 spike. Soon after, in early April, dispatchers were handling a new call every 15.5 seconds.

One cause behind all this, suggested NYPD brass when called to explain the vast gap between white people and people of color arrested for weed, is that police simply received more 911 calls reporting marijuana use from traditionally Black and brown neighborhoods.

And that’s probably true, said Jeff Coots, the director of From Punishment to Public Health (P2PH), a research organization at City University of New York’s John Jay College of Criminal Justice, but systemic racism makes it so.

“For people who rent, or for people in public housing, the only place they have to smoke is outside,” he said. “Where do we expect that 20 percent of people [who use cannabis] to engage in that activity in an urban space, if we’ve made it illegal to smoke outside? We’re setting people up for this Catch-22.”

“This policy is not enforced in the dormitories of NYU,” he added.

In the context of both the ongoing COVID-19 pandemic as well as calls to reform or defund law-enforcement following the killing of George Floyd, Breonna Taylor, and other unarmed Black people at the hands of police, the city’s marijuana-smoking policy is a prime example of how police are both asked to do too much, but also have potential for exacerbating problems rather than eliminating them.

At least some of the blame can be laid at the feet of city lawmakers or other elected officials, who haven’t provided New Yorkers with another number to call if they see someone smoking marijuana. (The press office for Mayor Bill de Blasio, who has enjoyed a rocky relationship with police, did not respond to a request for comment.)

“I would say if you came to the police and said, ‘Hey, we have a solution. You don’t have to respond to this type of call, we’ll free you up for different types of calls,’ they would be open to that conversation,” Coots said. “They already have too much on their plate.”

Until then, police will respond to 911 calls. And if citizens call 911 to report marijuana, as they are instructed to do, the situation will persist.

“The smell of marijuana smoke alone is not a good use of emergency resources,” added Janos Marton, a lawyer and deincarceration activist who is challenging Cy Vance for Manhattan District Attorney next year.

“First, marijuana should be legal,” he added. “Second, just as we should be investing in community members to de-escalate challenges like social distancing and wearing masks (without weapons), we should have those people respond to marijuana smoking that disturbs people. Let’s keep 911 for dealing with real emergencies.” 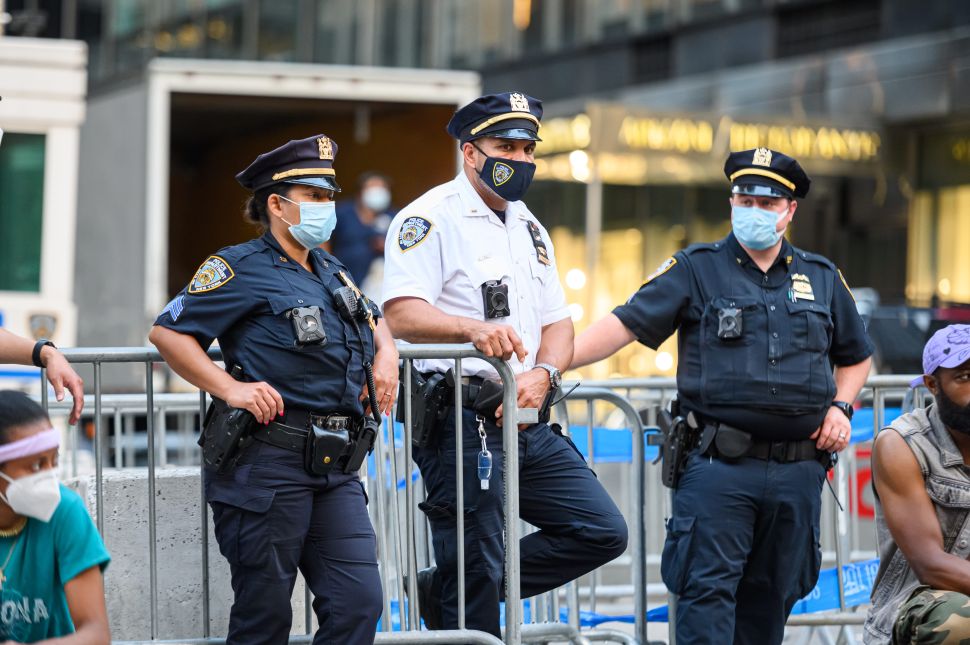