Pablo Picasso created a multitude of impressive paintings throughout his historic career, but one of his most ambitious projects was a series of five murals he designed for the Regjeringskvartalet buildings in Oslo, Norway. Executed by the Norwegian artist Carl Nesjar, Picasso’s concrete murals sat comfortably in the government quarter complex until 2011, when a catastrophic car bombing nearby in the district claimed 8 lives. Now, after a lengthy debate about what should be done with the office block where the attack took place, the building (nicknamed Y-Block) that features Picasso’s Oslo murals is being torn down, and the murals themselves are being relocated.

This move by the Norwegian government has been hotly contested within the country. Those who believe the demolition of Y-Block is necessary cite the fact that it has stood empty since the 2011 attack, while those opposed to the teardown and to the removal of Picasso’s murals say that doing so would be playing directly into the ideological desires of the terrorist who committed the murders. In addition to carrying out his car bomb attack, Anders Behring Breivik, the right-wing radical responsible for the killings, also shot and killed 69 summer camp attendees on the island of Utøya.

“Breivik wanted to attack social democracy,” Oslo School of Architecture and Design professor Mari Hvattum told the New York Times in 2017. “He wanted to get rid of the legacy of social democracy in built form, and in living form, in terms of people. To tear [Y-Block] down is to complete his mission.”

For now, the 250-ton Picasso mural The Fishermen and the 60-ton companion mural The Seagull are destined for differing fates: The Fishermen will be displayed elsewhere in the Regjeringskvartalet government complex, while The Seagull is being placed into storage. Eventually, according to Artnet, both murals will be re-installed in the structure that’s being built to replace Y-Block, but construction on this new project isn’t projected to be complete until the year 2025. Ultimately, the dispute over what should happen to the murals proves that when it comes to national healing from trauma, there are no simple right answers. 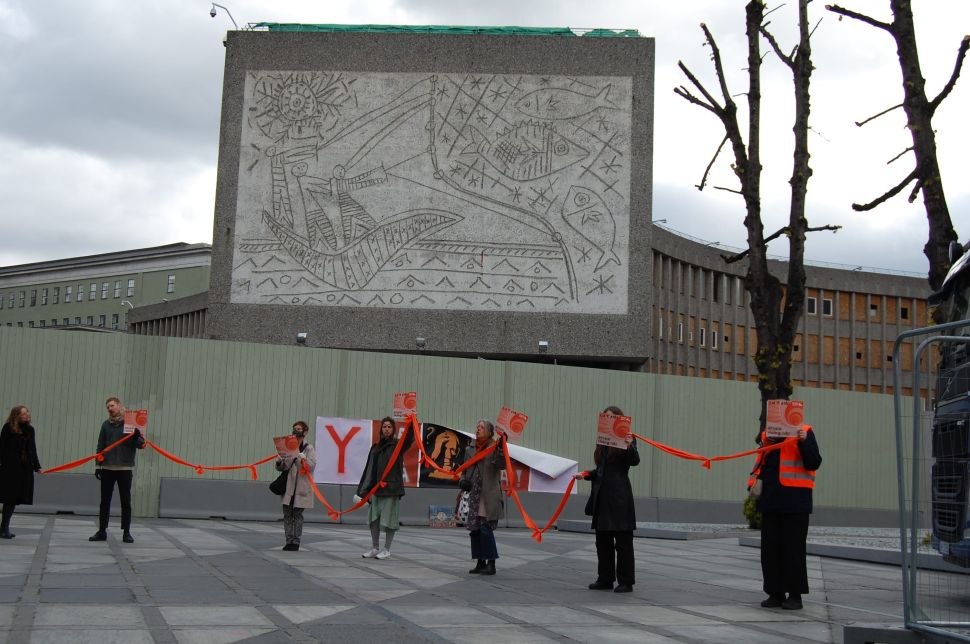