Google “palm springs + groundhog day,” and 1.46 million results will pop up. The headline from CNN describes the new romcom as “like ‘Groundhog Day’ all over (and over) again.” “Hulu’s Palm Springs updates Groundhog Day with new twists and energy,” wrote Polygon’s Tasha Robinson. “There’s something familiar about Palm Springs,” warned Vanity Fair’s K. Austin Collins, going on the note that the film “take its cue from Harold Ramis’ Groundhog Day.” Indiewire’s review trumpeted that “Andy Samberg and the Lonely Island brilliantly reinvent the Groundhog Day formula.” This isn’t meant as a knock on the homogeneity of press coverage, by the way—only an illustration that it’s nearly impossible to write about Palm Springs without writing about Groundhog Day.

From the basic contours of its premise to the nugget of wisdom as its center, Max Barbakow’s Sundance-feted vehicle for Andy Samberg and Cristin Milioti can’t avoid the shadow of its predecessor. 1993’s Groundhog Day contrived the perfect vessel for hiply aloof Bill Murray with a misanthropic weatherman stuck in a time-loop, forced to live the same nothing-special day over and over again until he comes to appreciate the world around him. He arrives at a profound lesson about finding meaning in life: it’s just a process of doing the same thing day after day, so all a person can hope to do is take a little pleasure in it. Palm Springs offers an existential corollary, trapping a pair of compatible cynics in the temporal wrinkle to illustrate a similar idea about marriage as the thing that’s monotonous and repetitive yet worth doing. Samberg and Milioti share a winning chemistry, but that doesn’t change the core issue that it’s in service of a story that’s already been told.

Time-loop movies have gotten stuck in a time-loop of their own, running through inflections of the same moral ad nauseam. No film with a premise so specific has been imitated as many times as Harold Ramis’ comedy classic, adapted to just about every genre and tone. 2017’s Happy Death Day steered the concept into horror, forcing a coed to relive the hours prior to her murder until she figured out the culprit. (A sequel used a “quantum reactor” to stick her friends in the time-rift, too.) That film simplified the ethical instruction for puzzle-box mechanics, satisfied to take it from the top until the protagonist learns not to be a jerk. That year also delivered two other projects similarly dulling Groundhog Day’s central metaphor: Before I Fall, which also challenged a young woman to be less mean, and Naked, a Wayans brothers comedy remaking a 2000 Swedish picture in which the groom must loop-de-loop until he gets over his commitment issues.

Even among those standouts with an understanding that the soul-sickness of Groundhog Day runs deeper than Bill Murray needing to be nice, they can’t help treading the same ground. Netflix’s Russian Doll tapped into the depressive mindset that gives way to this particular thought experiment; “Every Day Is Exactly the Same” is how Nine Inch Nails’ Trent Reznor articulated his hopelessness about addiction, a stance that Natasha Lyonne’s Nadia assumes as she attempts to be more engaged and present in her life. Lyonne herself has overcome dependencies of her own, and Nadia’s bitterly fought battle for self-betterment takes on the holistic transformation of a 12-step program. Ultimately, her enlightenment settles into a more nuanced take on the same refrain, with sobriety as the thing that’s arduous and unrewarding and unstimulating, but still worth doing.

The draw of this narrative form is clear, its redemptive appeal stretching back to Scrooge awakening to realize that the spirits did it all in one night. There’s no notion more comforting than the thought that we’ve still got enough time to make good, and the Groundhog Day model applies that to a situation in which a character has nothing but time. It’s the sentimental potency of this method of lesson-learning that’s made it such a reliable well to which so many movies have returned, but it’s just about run dry. We can only learn to take joy in the banal so many times, regardless of how many facets of adulthood “the banal” ends up covering.

To succeed, a film has to tinker around in the back end of its programming, altering the formula until it supports a different conclusion. A positive example comes from 2014’s Edge of Tomorrow (later retitled to the more direct Live. Die. Repeat.), the rare instance that attempts a rational, physical explanation for the time-bouncing. Magic alien-blood (hey, at least it’s something) gives future-soldier Tom Cruise the ability to go back and relive an encounter with the enemy after he’s KIA, as if working through a tricky video game level. The cleverly contrived screenplay conceives of an alternate mode—the reset comes from Cruise’s own failure, not from the invisible hand of fate—with alternate implications. The film focuses instead on how we gradually accept and then embody the roles forced on us, the personal physics of faking it ’til you make it as big-budget action bonanza.

It takes only a little inventiveness to revitalize this microgenre on the verge of exhaustion. All too appropriately, it’s just a matter of getting it right the next time around. 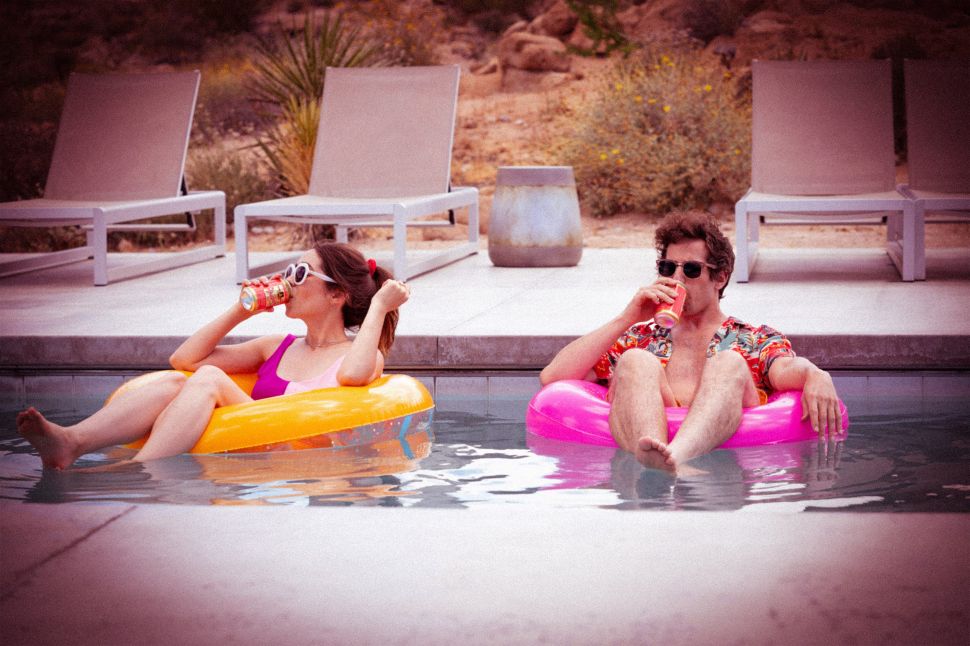