The Duke and Duchess of Sussex just filed another privacy invasion lawsuit, as they continue to try and protect their 14-month-old son, Archie, from aggressive paparazzi tactics.

In the latest legal filing, Prince Harry and Meghan Markle allege that paparazzi have used drones and telephoto lenses in their attempts to snap photos of Archie at the family’s Beverly Hills home, per documents obtained by the New York Times.

The Sussexes discovered that someone was shopping around images of Archie, and that the unknown person was claiming that the images were taken while the family was on a public outing in Malibu.

Prince Harry and Meghan, however, state in the new documents that Archie has not been out in public since the family relocated to California in March, and that the aforementioned photos were taken when the family was in their backyard. The Sussexes are suing under California’s “paparazzi law,” under which people can be “held liable civilly for airspace intrusions” for taking pictures of someone on private property.

The Sussexes installed a large mesh fence at their Beverly Hills home in attempts to stop the paparazzi from taking invasive photographs, but they haven’t been able to stop all the photogs tactics, which have included flying drones 20 feet above their house, sometimes up to three times at day. Some have even cut holes through the security fence.

The defendants aren’t named in the lawsuit, as Prince Harry and Meghan don’t actually know who took the photos. They want to subpoena those who might know anything about the pictures. They also want the photographer and any potential buyers of the photos to turn over all the images, and are seeking compensatory and punitive damages, per Harper’s Bazaar.

The Sussexes’ lawyer, Michael J. Kump, whose other clients have included Kim Kardashian, Kendall Jenner, Sandra Bullock and Jessica Simpson, issued a statement yesterday, and said the Sussexes have “done everything in their power to stay out of the limelight—except in connection with their work, which they freely admit is newsworthy.” Kump claims that the photos are not in the public interest or newsworthy, and are harassment. He also said that it’s the Sussexes’ choice when and how to share photos of Archie.

Prince Harry and Meghan, who stepped down from their senior royal roles earlier this year and subsequently moved from the U.K. to Canada and then to Los Angeles, have had a difficult relationship with the press over the years, particularly with the British tabloids. They’ve filed multiple lawsuits that are primarily around privacy invasion issues, including paparazzi attempting to get images of their homes in the U.K., and they’re especially protective of Archie’s security and privacy.

The Sussexes are currently in the midst of another lawsuit, as well. Meghan is suing Associated Newspapers, the publisher of the Mail on Sunday, over a story published in 2018 that featured excerpts of a private letter the Duchess sent to her father, Thomas Markle. 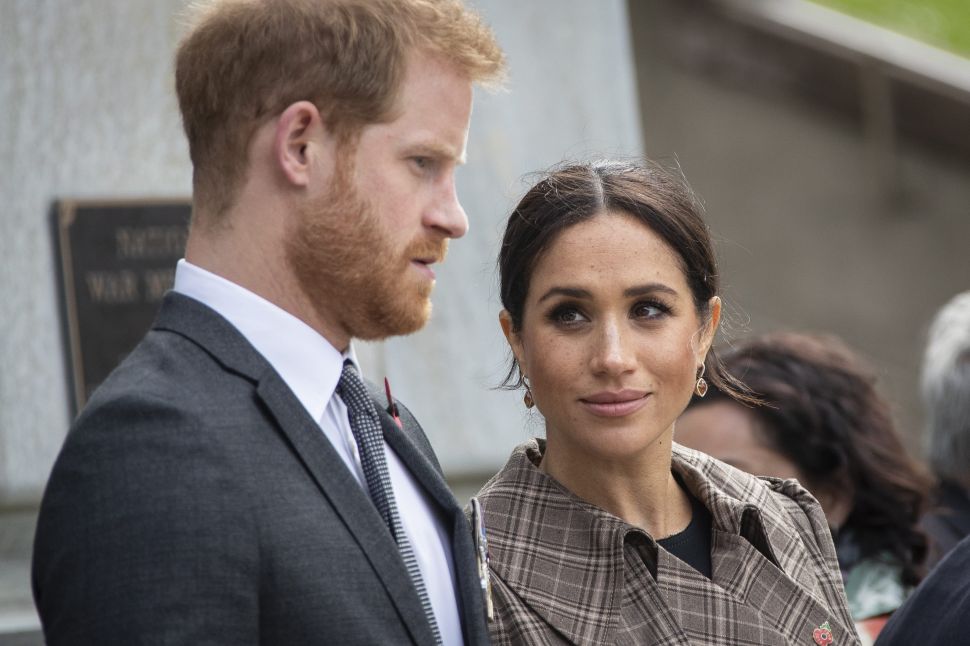