The Duke and Duchess of Cambridge have managed to keep their three children very busy during isolation, and that includes some unique outdoor activities. Prince William and Kate Middleton moved to their Norfolk country home, Anmer Hall, with Prince George, Princess Charlotte and Prince Louis at the start of the coronavirus lockdown in March, and they’ve remained at the sprawling Sandringham estate for the past few months.

Kate is a particularly strong advocate of the importance of children spending time outdoors, and that includes Prince George and Princess Charlotte making their daily trip to the family’s chicken coop (yes, chicken coop) outside Anmer Hall.

Prince George and Princess Charlotte, who are now on summer vacation, apparently raised the hens from when they were just chicks, according to the Sun.

Kate and the kids go out to the hen house daily to collect the eggs, and then use them to cook that day. Kate’s been quite busy in the kitchen as of late, and she recently said that her children are “bottomless pits,” and she’s a “constant feeding machine.”

While Anmer Hall is far from rustic, the Cambridges are big on the whole farm-to-table lifestyle, and maintain an impressive garden. Kate’s very big on gardening, and designed a special creation for the Chelsea Garden Show last year. Prince George, Princess Charlotte and Prince Louis have their own vegetable patch at Anmer Hall, where they grow lettuce, cucumbers and tomatoes that they then use in the kitchen.

The three Cambridge children also had a sunflower competition this year, which Prince Louis is apparently winning and which Prince George isn’t taking especially kindly too.

Prince William and Kate have slowly been easing back into public engagements now that the coronavirus lockdown regulations have eased up in the United Kingdom, but are still being careful about social distancing and following health recommendations. Kate said her youngest is having a few issues with the whole social distancing situation, but it’s for the best reason—Prince Louis just wants to “cuddle everything.” 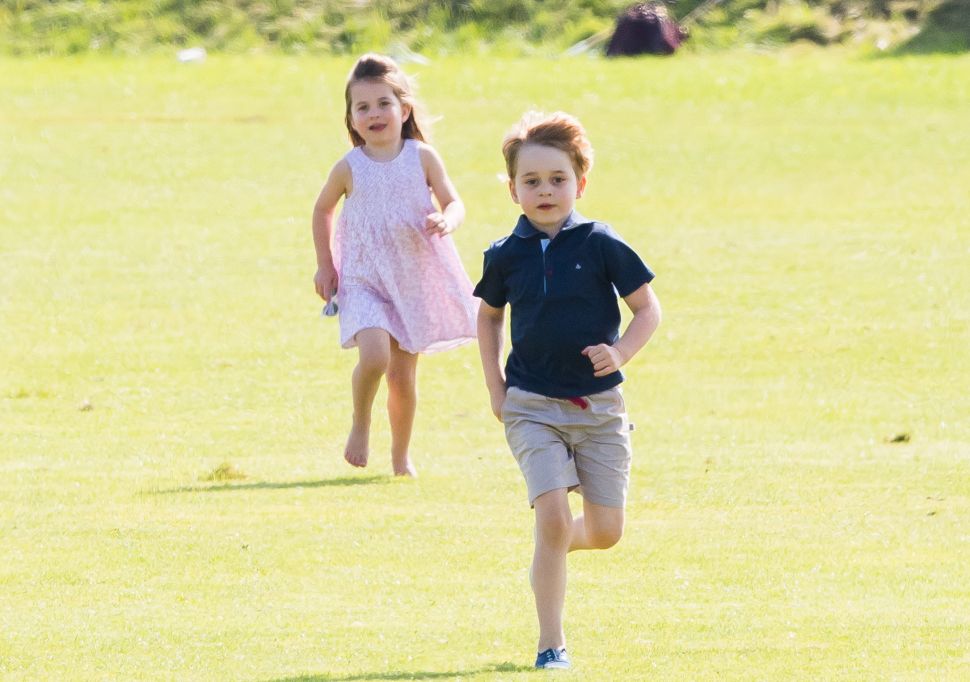