Congratulations are in order for Princess Beatrice, as the royal married Edoardo Mapelli Mozzi in a secret wedding at Windsor Castle this morning, with just close family and friends in attendance.

Buckingham Palace confirmed that the Queen’s granddaughter married in statement. “The private wedding ceremony of Princess Beatrice and Mr Edoardo Mapelli Mozzi took place at 11 a.m. on Friday 17th July at The Royal Chapel of All Saints at Royal Lodge, Windsor. The small ceremony was attended by The Queen, The Duke of Edinburgh and close family. The wedding took place in accordance with all relevant Government Guidelines.”

Princess Beatrice and Edoardo, who announced their engagement last year, tied the knot in front of just around 20 people, according to the Sun, and as the Palace noted, they followed coronavirus social distancing protocols. The ceremony took place at All Saints Chapel, which is located on the grounds of Prince Andrew’s home, Royal Lodge.

Beatrice and Edoardo originally planned to marry on May 29, with a 150-guest ceremony at the Chapel Royal at St. James’s Palace, followed by a reception hosted by Queen Elizabeth in the Buckingham Palace Gardens. The COVID-19 crisis and ensuing U.K. lockdown meant the royal had to change her plans in a big way, and the Palace eventually announced in April that the wedding was postponed indefinitely.

Aside from Queen Elizabeth and Prince Philip, who have been in residence at Windsor Castle since March due to COVID-19, other guests included Beatrice’s father, Prince Andrew, who has been surrounded by controversy over the last several months due to his friendship with convicted sex offender Jeffrey Epstein and sexual assault allegations, and her mother, Sarah Ferguson. Princess Beatrice’s sister, Princess Eugenie, and her husband, Jack Brooksbank, were also likely in attendance.

Beatrice and Edoardo reportedly wanted to make sure their wedding took place sooner rather than later so that the Queen, who is expected to travel to Balmoral Castle at the end of the month, would be able to attend.

Queen Elizabeth had to leave the ceremony a little early in order to attend the knighthood ceremony Captain Tom Moore, per the Sun. According to royal expert Omid Scobie, Princess Beatrice is waiting to release photos of her wedding so as not to overshadow Captain Moore’s investiture. But don’t worry, you won’t have to wait too long to get a glimpse at the regal pictures—the wedding pictures likely be released tomorrow. 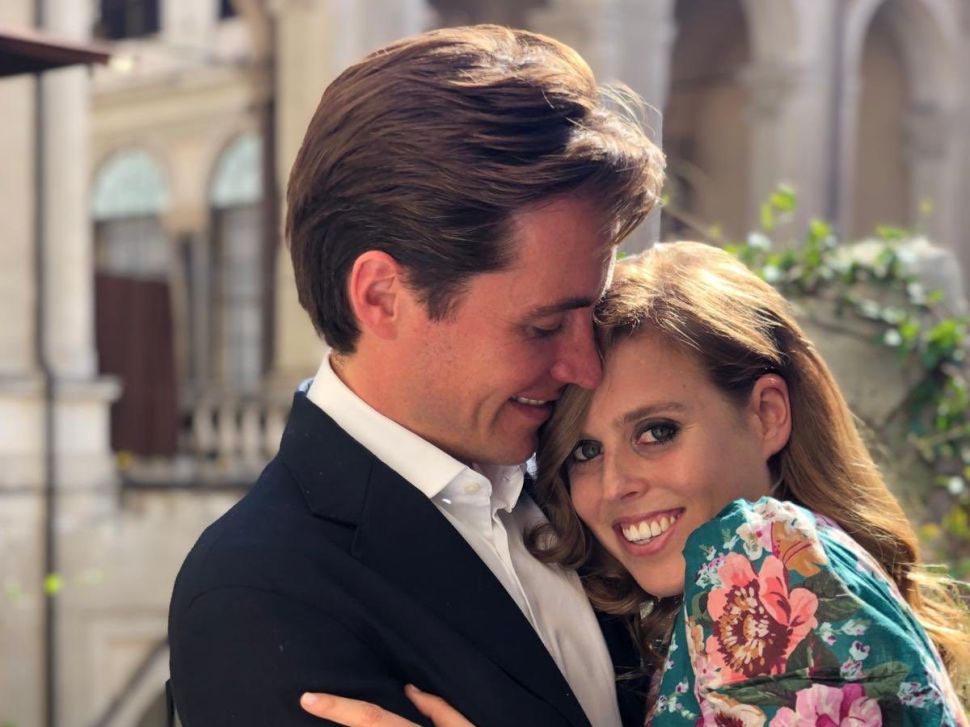