Way back in May, Rockefeller Center launched a call for submissions to the Rockefeller Center Flag Project; an exhibition intended to showcase the creativity of New York City residents who want to celebrate their home. Now, the artists have been selected. As part of the Flag Project, the 192 flagpoles around the Rockefeller Center rink that usually bear nation’s crests will be replaced by both hand-drawn and digitally-drawn submissions by New York City residents, as well as flag designs by mega-famous artists including Jeff Koons, Hank Willis Thomas, Marina Abramović and KAWS. Plus, unlike many exhibitions that have been disrupted by the coronavirus, “The Flag Project” is still set to launch on August 1 and to be on view through August 16.

During a time in which museums and galleries across the country are still trying to figure out how to reopen safely, if they’ll be able to open at all, outdoor civic spaces and sculpture gardens have become especially relevant to the art world. We still don’t know much about COVID-19, but we do know that outdoor activities are preferred for safety. Due to these circumstances, Rockefeller Center in particular has unexpectedly become something of an essential location for cooped-up New Yorkers desperate to see art in person.

After the Flag Project concludes, Rockefeller Center will host its postponed Frieze Sculpture exhibition beginning on September 1. This outdoor exhibition, which was originally supposed to open on April 22 to coincide with the cancelled Frieze New York Art Fair, will feature the Earth-themed conceptual work of a roster of exciting artists including Andy Goldsworthy, Beatriz Cortez and Ghada Amer. It may be a while before you and a group of friends can huddle around a canvas on a wall again, but at least there are options in the interim. 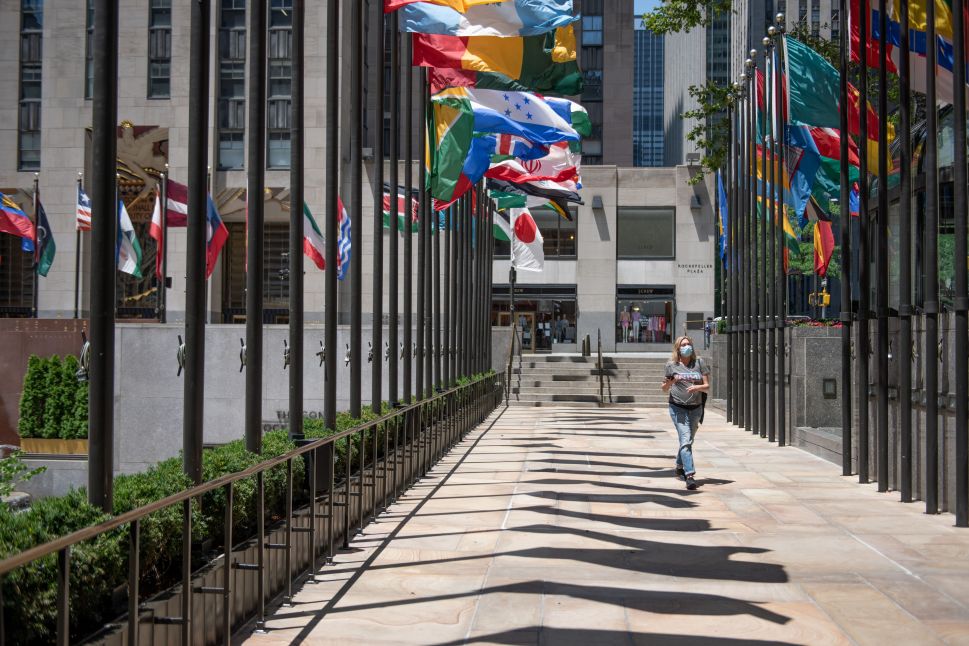