On July 29, Christie’s London will launch its “Classic Art Evening Sale: Antiquity to 20th Century;” a phantasmagoria of iconic artifacts that will include everything from Latin manuscripts to marble reliefs. There are many stunning pieces of classical art being offered amidst this sale, but the most compelling canvas is almost certainly Portrait of a young woman, half-length, holding a chain. Widely believed to be painted by Sir Peter Paul Rubens (though unsigned), it’s estimated to sell for the auction’s highest price: £4 million to £6 million ($5,092,000 to $7,638,000). In addition to being sumptuously beautiful, the likely Rubens portrait also has an interesting auction history.

Purchased in 1986 by an anonymous collector, the painting itself dates back to around 1603 to 1606, though it didn’t emerge into the public consciousness until it was offered for sale at a Sotheby’s London auction back in 2009. However, due in part to doubts about the concrete identity of the portrait’s painter, Portrait of a young woman failed to sell. As the painting hung suspended in uncertainty in 2011, UK administrators temporarily barred the portrait from being sold and exported to a foreign buyer so that museums and galleries in Britain could have a chance to raise £1 million to purchase it. (Although it was, at the time, on loan to the Houston Museum of Fine Arts.) This would have been a huge steal for a genuine Rubens. However, given that the painting is now on the Christie’s auction block, we can assume such a purchase never came to pass.

Any potential buyer will be acquiring a work of art with secrets still yet to unlock. “There is no knowledge as to the precise relationship between the artist and the sitter, although the spontaneity of the execution indicates that it was painted from life, so the two would certainly have been acquainted,” Henry Pettifer, the Head of Old Master Pictures, Christie’s London, told Observer on Monday. “Her style of dress is Spanish and was fashionable in the years around 1605. It was also adopted in some Italian Courts, including Genoa and Mantua.”

The portrait, which was possibly commissioned by Vincenzo I Gonzaga, the Duke of Mantua, so it could be added to his “gallery of beauties,” depicts a woman who possesses starting beauty and a gaze of refreshing frankness. According to Christie’s, the portrait was painted either during Rubens’ years in Italy or during his first trip to Spain, and the modernity of the artist’s interpretation of his subject’s gaze radiates through the canvas. 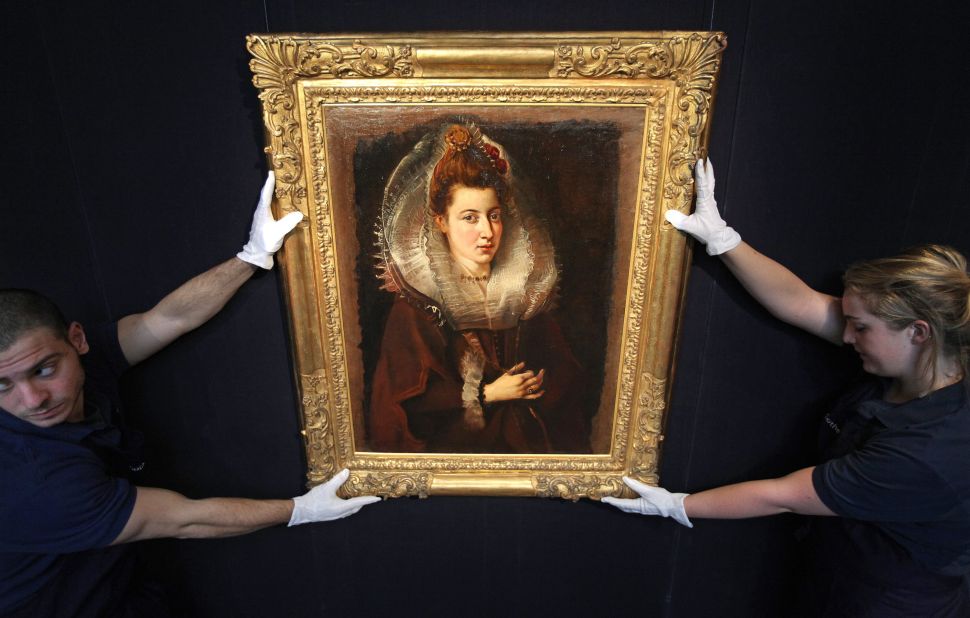