SpaceX’s ambitious Starlink project, which involves sending tens of thousands of satellites into Earth orbit, will move one step closer to its goal of providing global broadband internet coverage with another launch on Saturday.

After two failed attempts in June and this past Wednesday, the Elon Musk-run rocket company is set to launch the 10th batch of Starlink satellites on Saturday morning. You can watch the launch live on SpaceX’s website or the company’s YouTube channel. Liftoff is scheduled to start at 10:54 a.m., with coverage beginning at around 10:40 a.m. ET.

Since its first Starlink launch last May, SpaceX has sent up nearly 600 satellites into Earth orbit, making the constellation large enough to provide internet service to select locations on the ground, including Musk’s home in Los Angeles. Global coverage will require an additional 900 satellites, or about 14 more launches. And every launch after that will enhance the service’s capacity.

It hasn’t been all sunshine for the company; its existing satellites up in the sky have already bothered many professional astronomers who complain that those satellites become too bright when sunlit and therefore interfere with scientific observation. Some astronomers even caught strings of Starlink satellites flying over their telescopes when conducting regular research tasks.

That should no longer be an issue. All of the Starlink satellites in Saturday’s launch will wear a sunshade called “VisorSat” that will deflect sunlight and reduce the satellites’ brightness. The device was tested on a single satellite in a launch last month.

Other solutions SpaceX has tested include a dark satellite coating called “DarkSat.” But the company didn’t find sufficient evidence proving its effectiveness.

“All Starlink satellites on this flight are equipped with a deployable visor to block sunlight from hitting the brightest spots of the spacecraft,” SpaceX said about today’s mission on its website, “a measure SpaceX has taken as part of our work with leading astronomical groups to mitigate satellite reflectivity.”

If the mission is successful, SpaceX launch the 11th batch of satellites later this month. The company has promised to provide basic internet services in the U.S. and Canada by the end of the year and achieve global coverage by 2021.

Update: SpaceX cancelled Saturday’s launch at the last minute, citing the need for more checks of the mission’s Falcon 9 rocket. A new launch date has yet to be determined. 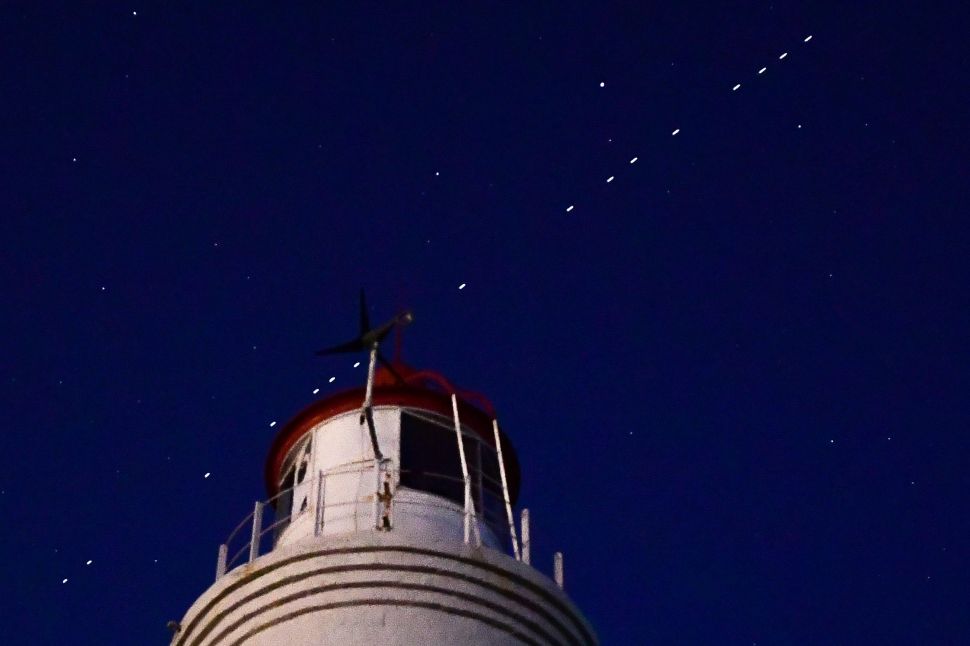