One important development did take place this past weekend and one important development did not. First, Chinese cinemas reopened after the coronavirus pandemic forced all 70,000 theaters closed since January. China is the second-largest box office region in the world behind the United States. Then, as we already knew, Warner Bros.’ Tenet did not hit theaters on its original release date, and as of this morning has been delayed indefinitely.

These two factors are crucially connected for the immediate future of cinema as studios wrestle with the impossible challenge of releasing new movies into a changing world. For the first time in Hollywood history, America may have drawn the short straw.

Major American exhibitor chains such as AMC, Regal and Cinemark remain closed thanks to rising numbers of new COVID cases. The majority of the country’s 5,500-plus movie theaters are not currently operational, which has tanked the 2020 box office. Since America does represent the largest box office region in the world and since a film can earn between 10% and 20% of its entire domestic gross in New York and Los Angeles combined, studios have fought tooth and nail to delay their major blockbusters until they can guarantee a relatively reliable return on investment here at home. However, while studios play the waiting game in America, overseas regions have continued to recover.

SEE ALSO: Garrett Hedlund on Battling the Intensity of the Outback in ‘Dirt Music’

Both China and Russia partially reopened cinemas this month. Roughly 18% of global movie theaters have actually resumed business, according to Gower Street’s Research Analyst, Theatrical Insights. Among the theatrical markets tracked by Comscore, which provides box office data to the film industry, 77% of physical movie theaters across the Asia Pacific region are open while 35% of physical sites across Europe, Middle East, and Africa are once again operational. At this rate, enough non-American theaters could be open to meet some of the highly anticipated August release dates such as Disney’s Mulan (August 21).

John Fithian, president and chief executive of the National Assn. of Theatre Owners (NATO), told the Los Angeles Times earlier this month that studios need to start releasing new films where applicable. “If the answer is, ‘We’re going to wait until 100% of theaters are open, we’re not going to be there until a year from now when there’s a vaccine,” Fithian said. “This is existential for the movie theater industry. If we go a year without new movies, it’s over.”

With an increasing number of overseas theaters ready to resume operations, studios have been hit with a wave of criticism for prioritizing the North American box office at the expense of overseas markets. Will foreign theaters capable of safely reopening be starved of new blockbusters until America is ready to join them? Right now, the answer is positioned as yes.

Typically, major blockbusters will receive day-and-date releases all across the world at the same time to avoid spoilers and piracy. In some instances, tentpoles will open in North America before being released overseas, as Hollywood studios prefer to maximize earnings potential domestically, where they keep roughly 50% of ticket sales, as opposed to the 25% overseas. But that isn’t always the case and an international release prior to a domestic opening has not been all financial doom and gloom, as Forbes recently pointed out. At some point, international theaters can’t justify staying open without new content for paying customers, which means studios won’t be able to hold off on delivery until America is open.

Though America may represent the single-biggest box office region, overseas ticket sales typically account for more than 70% of a blockbuster’s global earnings. Per Gower Street, international markets accounted for an average of 64% of earnings for 2019’s 10 highest-grossing worldwide titles. Across 23 films, the Marvel Cinematic Universe is averaging nearly $610 million in overseas ticket sales alone. International markets have also proven particularly valuable for Christopher Nolan films as well as James Bond flicks. Their track records open the door for the possibility of a staggered rollout for Tenet or No Time to Die as opposed to the more traditional Week 1 global pushes of the modern blockbuster era.

It may not be the preferred method, but at some point, studios need to release new films in order to generate revenue. In doing so, they may sacrifice some domestic box office upside, but at what point does the worldwide cinematic freeze become irresponsible to the bottom line? 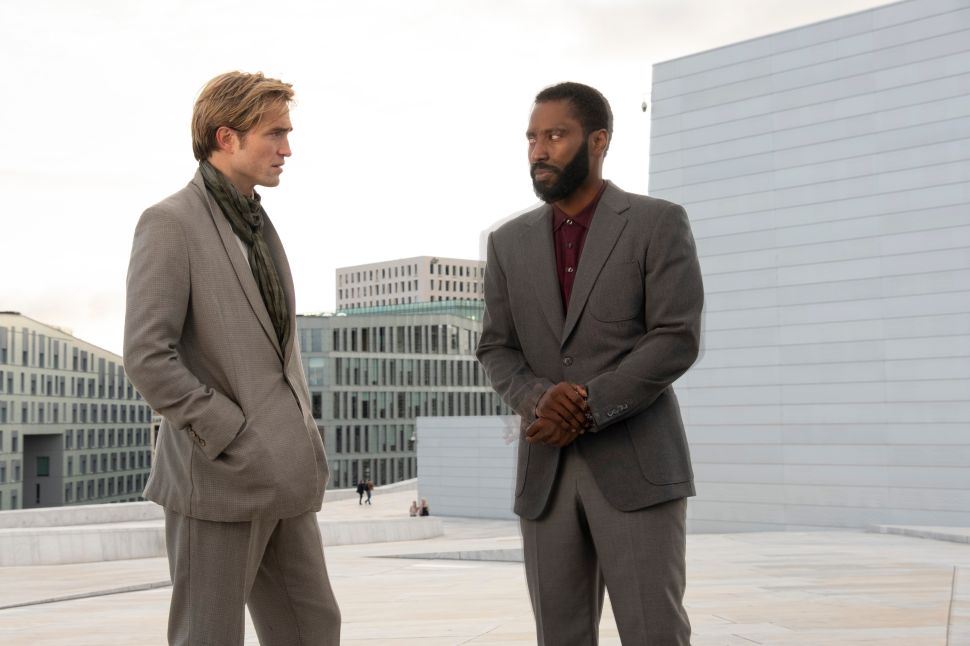