Long gone are the days of Sex and the City, but in its place are shows like Younger and more recently The Bold Type—a Freeform show loosely inspired by former Cosmopolitan magazine editor Joanna Coles’ 30 years in the media industry. The show, which takes place in New York City, follows three friends, Kat, Sutton and Jane, navigating the high-pressure world of a women’s magazine—balancing everything from fashion shoots and mid-20s dating to heavier subjects workplace sexual assault and discrimination.

To those outside the media industry, The Bold Type’s goofy, seemingly unbelievable situations—like when the main characters break into a printing facility to steal magazines, or put $800 of drinks and cocaine on a company card at a bar for an Instagram influencer—may be purely entertaining. To those of us in it, it’s something else. Many of us, quite frankly, have seen some unbelievable things.

Most of the people I know who watch and enjoy the show have actually experienced the worst parts of being in media as workers: Black women, women of color and queer and trans people. For many people watching the show like myself, we don’t just watch it for entertainment and escapism—it also feels validating to see scenarios that rip the curtain down on problems like racism, sexism and queerphobia that have persisted behind closed doors in the industry, until more recently when they’ve come pouring through the doors of the internet.

SEE ALSO: How Hollywood Is Still Adjusting to the New Normal of COVID-19

Although Evette Dionne, the editor-in-chief of Bitch Media, is a magazine editor who runs a feminist publication, her day-to-day work and life differs so much from the work and lives of the main characters on The Bold Type. She doesn’t attend million-dollar parties or shop in a fashion closet, so she’s able to see those aspects of the show as more entertainment than a reflection of real life. However, what the show does understand, she says, are the myriad business issues squeezing the industry, including “the devaluing of print, how mostly old, white and straight executives often make misguided decisions for women’s publications, and how those same execs have ties to organizations and politicians that are invested in oppressing marginalized groups.”

“The Bold Type definitely understands that media is an absolute disaster.”

While many people have pointed out parts of the show that are unrealistic, like Jane winning a prestigious journalism award for one of her first published pieces, other parts of the show hit the nail on the head. In a recent episode from the current season that aired several months ago, Kat, a bisexual Black woman and the social media editor, attempts to showcase the cruelty of conversion therapy in the magazine, highlighting a politician’s harm—but she’s repeatedly denied the ability to publish the story because a powerful board member is friends with the politician and supports him monetarily.

Kat, intent on getting justice and bringing attention to the harm that conversion therapy does to young queer kids, first tries to talk him into allowing her to publish the story. When that’s unsuccessful, she publishes the board member’s donations on his tax returns and is fired because of her actions.

While Kat broke the law in publishing the returns, the storyline cracks open one of the biggest problems that exists in the media today. As employees at Conde Nast and Vice Media have openly discussed surrounding racism and tokenism from the top levels of Bon Appetit and Refinery29, respectively, the industry is built on and funded by rich people who only have their own best interests and bottom lines in mind. Meanwhile, the marginalized people who work to tell powerful stories and bring justice to the communities we love so much are used as a prop and a token, highlighted when it makes a company look good and thrown away when no longer convenient.

The Bold Type has made space for those issues since the beginning. In the last several weeks, as marginalized workers in media have used their voices to speak up about the toxicity within workplaces, it holds up a mirror to some of the problems that have been boiling beneath the surface. “The show captures how the media industry hides its dysfunction—perpetual layoffs, problematic politics and horrible healthcare policies—behind glitzy parties, expensive designer clothes and glossy social media accounts,” says Dionne.

Rachel, a 27-year-old queer writer and editor of color based in North Carolina, feels that “The Bold Type definitely understands that media is an absolute disaster.” In Rachel’s experience, the show does a good job of showing that the wrong people are overwhelmingly the people in charge. “White writers and editors (hi, Jane) get to be so bad at their jobs and just thrive, and Black and queer writers constantly face double standards and are expected to just be glad to have their jobs,” says Rachel. Even Jacqueline Carlyle, who’s based on Joanna Coles and is a rich white woman, can hardly make it in the industry without losing her job constantly.

For The Bold Type’s writers and producers, the attention to the realities that media workers face is part of the show’s DNA. Showrunner Sarah Watson told Refinery29 in 2017 that she had always planned to incorporate “real-world issues” into her show, the “real world problems that myself and my writers are facing.”

Four seasons in, the show hasn’t yet explicitly addressed the industry problems that hurt its workers the most—and thus, hurt marginalized people more acutely: the ongoing struggles for union recognition, the industry’s reliance on advertising dollars that hold editorial freedoms hostage and the constant threats of mass layoffs. But while it might be a few screws short, it does take seriously the burnout and exhaustion of people in media whose lives are put on pause for our careers that usually offer little support and little pay for all our pursuits. At the end of the day, that’s one of many reasons people in the media industry can’t stop watching it, says Rachel. “I appreciate that it doesn’t present working in media in as dreamy a way as its predecessors.” 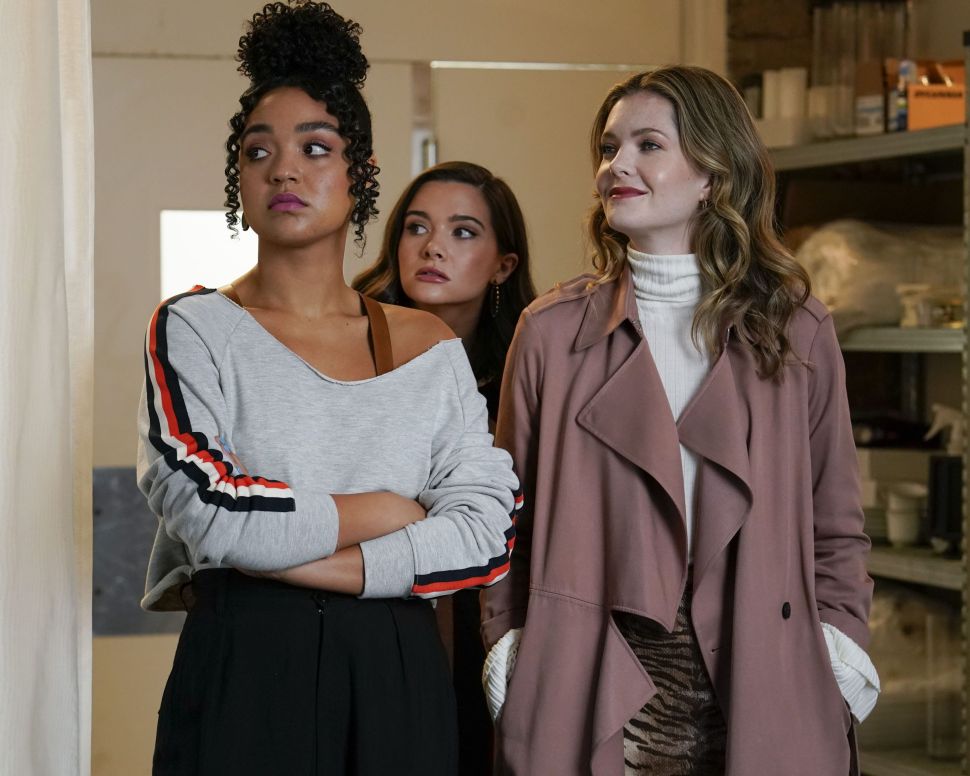