This post contains major spoilers for The Last of Us Part II.

The sales-record-breaking The Last of Us Part II is a video game by developer Naughty Dog that constantly makes the player confront their notions of morality and violence in a fictional virtual space. Set in a world ravaged by a pandemic, where the survivors split into different yet equally violent factions, you are constantly forced to kill people in realistic and brutal ways. It is also a game that has become controversial because it dares you to ask yourself why you place your sympathy on one character who does horrible things instead of others.

Eds. note: OK, seriously, spoilers are coming. This is the point of no return if you haven’t yet played The Last of Us Part II.

Within the first couple of hours of the game we see Joel, the protagonist of the first game, getting beat to a pulp and then killed by a woman named Abby. This horrific act of violence leads Joel’s surrogate daughter, Ellie, to torture and murder her way across Seattle, hunting down those involved in Joel’s death to find Abby. Like any revenge story, it doesn’t matter how much violence and death Ellie leaves behind, we still sympathize with Ellie because we spent the entire first game getting to know both her and Joel. We experience Ellie’s pain and loss through her eyes, so we feel the anger she aims at Abby. But when Ellie finally finds and confronts Abby, the game pulls the biggest ace from under its sleeve. It cuts to black, and then goes back in time to show you the events of the game from Abby’s perspective. You are now playing as the villain.

Turns out, Abby killing Joel is a direct consequence of the events of the first Last of Us game. The original ended with Joel killing the doctors that could develop a cure to the infection that’s turning people into zombies, but one that would cost Ellie’s life. One of the doctors was Abby’s father, as you learn when the game has you replay a flashback to Abby’s childhood. In a few minutes, the game re-contextualizes the “villain” to make them not that different from the “hero.”

Indeed, as you spend half the game’s length playing as Abby, The Last of Us Part II repeatedly argues that Abby and Ellie are two sides of the same coin. The flashbacks we get to Abby’s past are eerily similar to those we get of Ellie’s, and to her own story in the first game. Seeing Abby and her dad bond over their love for animals mirrors a scene in the first game where Joel and Ellie encounter a herd of giraffes walking down the streets of a deserted Salt Lake City. The love triangle between Ellie, the girl she loves, and her ex-boyfriend? We also get Abby involved in a romantic triangle with her childhood crush and the woman he is now involved with. Had we met Abby and her dad in the first game, and then experienced Abby’s pain at losing her dad, wouldn’t people consider Joel and Ellie to be the unsympathetic monsters of the story?

Much has been said about the game’s bleak, realistic approach to violence, which isn’t entertaining as much as it makes you feel sick for simply continuing to play. The Last of Us Part II goes to great lengths to make you realize that every person you kill has a name and a family who will miss them. Whenever you kill a soldier, their companions scream their name, and trainers shout the name of the dogs you kill. The clear reading seems to be that the game wants players to ask themselves why they like violent games where they mow down countless faceless drones, but the Abby twist gives this choice another meaning.

The Last of Us Part II lets you play as stealthily as you want, but plenty of times it forces you to go along and kill people without being given another choice. The game forces you to consider not only your own brutality, but your sympathy for the character you continually watch do horrible things. Sure, you may be onboard with Ellie’s revenge path when you’ve just watched Abby killed Joel, but what about the moment when the game forces you to kill a dog? Or the pregnant woman? The more you play, the more the game holds a mirror to your face and asks: “When does Ellie become just as bad if not worse than Abby?”

The Last of Us Part II is far from the first time a piece of fiction forced you to empathize with the motivations of its antagonists. After all, George Lucas dedicated half of his Star Wars movies to explore Anakin Skywalker’s past. But what makes The Last of Us Part II special is how, by making us relieve the story from the “villain’s” shoes, it re-contextualizes our protagonist. Ultimately, both games are about selfish people who do terrible things until they start to care about those they don’t know. Joel was not a hero, and he ended the first game having chosen a selfish past, and ultimately paying for it.

By the time we start playing as Abby, she’s already finished her revenge plan, and justice has been carried out in her eyes, but it hasn’t healed her. Revenge did nothing to heal the void inside her, so we spent our time with Abby in a messy search for redemption. Abby spends the game’s story trying to keep a boy named Lev and his sister safe, going as far as betraying her own community and killing her fellow soldiers to protect them. It’s not that she does this out of a selfless sense of justice. Like Breaking Bad’s Walter White, Abby says she is “doing this for me.” Over time, she realizes she needs to do something for people she has no reason to care about, and thanks to Lev, she is able to let Ellie go after realizing that continuing this cycle of violence would push Lev away.

Likewise, Ellie spends the game constantly choosing the selfish path of revenge, killing dozens of people she doesn’t care about because she doesn’t know them. And by the end, Ellie loses the family she had gained throughout the game because she chooses to once again hunt Abby down. That is, until Ellie realizes that the void inside her cannot be filled with more violence, but with forgiveness. Ellie doesn’t become a good person by the end. She is still as violent as she was before, but she chooses to let Abby go because she wants to be good enough not to push her loved ones away.

Earlier this year, HBO announced they would be making a TV adaptation of the first Last of Us, with the possibility of adapting Part II in the future. If there’s one lesson to be taken from this game, it’s in the power of using other point-of-views to re-contextualize not only the events we are seeing, but the characters we are following. Abby doesn’t only have as interesting and entertaining a story as Ellie, but Ellie becomes a better character because of Abby and her rocky path to redemption, and that is the heart and soul of The Last of Us Part II. 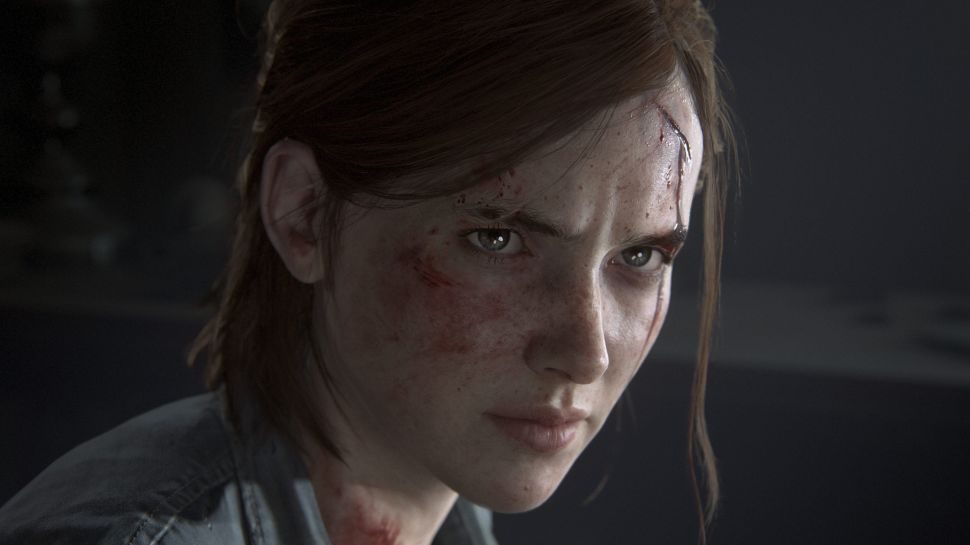